TRIBUTES have been flooding in following the death of Irish golf legend Christy O’Connor Senior at the age of 91.

The Galway native, whose namesake nephew Christy O’Connor Junior died in January aged 67, was inducted into the World Golf Hall of Fame in 2009.

He competed in every Ryder Cup between 1955 and 1973, with only the legendary Nick Faldo appearing more times in the prestigious tournament.

O'Connor Sr participated in 15 World Cups for Ireland, winning in 1958 with Harry Bradshaw, and Darren Clarke has been leading the tributes.

"Christy was in many ways the father of Irish golf and his death, so soon after that of his nephew, Christy Jr, means that Ireland has lost two Ryder Cup legends in the space of five months” he said.

"Christy Sr was a golf icon and a wonderful person as well.” 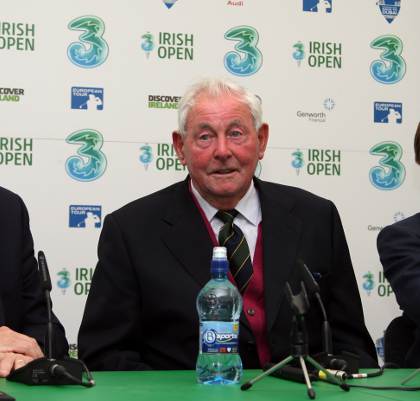 He said: "Christy O'Connor Sr was known as 'Himself' and always was himself, a wonderful man who left an indelible mark on professional golf and the sporting world.

“I met him many times and it was always a pleasure to meet someone who epitomised Ireland and made us so proud. I would like to convey my deepest sympathies to his family and many friends. Ar dheis Dé go raibh a anam dílis."

O'Connor's former Ryder Cup partner Peter Alliss became a close friend and said he was a pleasure to play alongside.

"He was a wonderful partner and a beautiful golfer. We weren't renowned for being brilliant, consistent putters, but when we were on our day we could put in a few. We both hit the ball well - Christy was just a joy to play with. He really was a genius of the sport and was also a lovely man."

Why it's time to introduce a TMO to top-level GAA