THE heartbroken wife of stricken Liverpool supporter Sean Cox has spoken of how her life has been "turned upside down" since the attack on her husband by Roma fans.

County Meath native Sean, 54, remains in recovery from "catastrophic injuries" sustained in the assault outside Anfield before LFC's Champions League semi-final against the Italian side in April.

The father-of-two is still unable to talk or sit unaided as he continues to recover at a rehabilitation centre in Dún Laoghaire, Co. Dublin from severe trauma to his brain.

His wife Martina Cox told BBC Sport about the heartbreaking moments she first heard Sean had been attacked, and learned that the 17-second assault on her husband would impact their family for the rest of their lives.

"Sean went to a match in April and he never came home, that's the reality of it," she said.

"I got a phone call from my sister-in-law and she said Sean had a hit to the head and he was on his way to the Aintree Hospital. A nurse explained that Sean had had a bleed on the brain and severe bruising and needed emergency surgery. 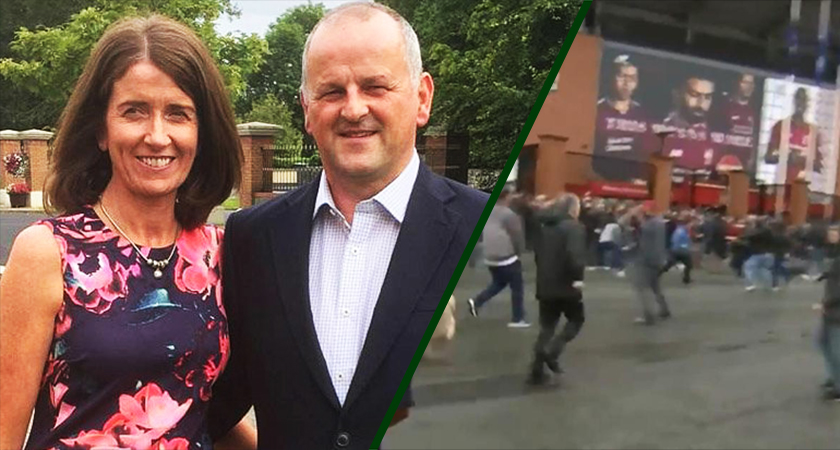 "I was just in absolute shock, I didn't really take it in and I didn't look on social media.

"It was horrific looking at him, absolutely horrific. Your husband, just lying there lifeless. Awful really."

Mrs Cox revealed that Sean sustained his injuries in a "life-changing, horrific fall" outside a pub just metres from the stadium, after he was struck on the back and side of the head before receiving a third hit while on the ground.

She said lifelong Reds fan Sean is making good progress and can recognise family members, but his movement is restricted to doing a thumbs-up and his speech to simple "yes" and "no" responses.

Daniele Sciusco, 29, also from Rome, was jailed for two-and-a-half years in August after admitting to violent disorder. 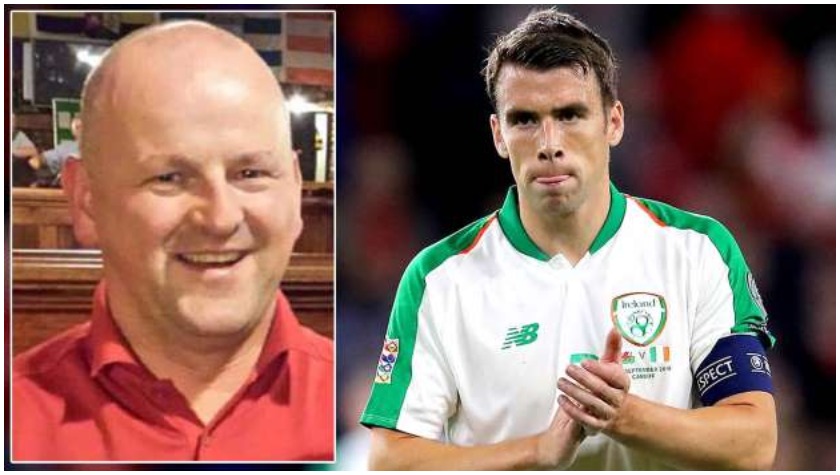 Mrs Cox said the impact of the attack and its aftermath on her family had been "difficult", adding: "I miss Sean, our children miss their dad".

She continued: "We’re trying to muddle through it and do the best we can.

"Sean would want us to get on with our lives and we’re trying as best we can".

A GoFundMe campaign set up to help support the Cox family has raised hundreds of thousands in donations since the attack.

Notable patrons of the fundraiser include Liverpool manager Jurgen Klopp, Everton and Ireland defender Seamus Coleman, and thousands of Roma fans left horrified by the attack on the Irishman.

Mrs Cox added: "The fans have been absolutely amazing and the club has promised to support Sean.

"Obviously the goal is to get him home, that’s what we all want, all his family want – and he belongs here with us."