'After 50 years in Britain, I thought I'd never see this day' - view from Windsor

The Tuesday lunchtime bustle is in full swing but it’s busier than usual in the Blarney Stone, Windsor’s only Irish bar.

The ceremonial welcome for President Michael D Higgins’ has just taken place, with thousands lining the streets to see the opener for this week’s historic state visit.

A tempting smell of fish and chips mixed with Irish stew wafts from the pub’s kitchen as regulars sit tucking in next to groups of journalists who have descended on the town to report on the visit.

Over the next hour the crowds trickle away, leaving just a few punters remaining, some engrossed in the horse racing showing on a flat screen TV.

In the corner sits Richard Joe Dowd, a Dubliner who now lives in North London.

Smartly dressed to fit the occasion, he has travelled to Windsor for the day – although his connection to the area runs deeper.

Born in the town, he joined the British Military when he was a teenager spending 12 years in the Royal Air Force. For him the President’s presence in Britain runs deep with emotion.

“As the procession was coming up the hill the national anthem from Ireland was played,” he says. “That was great and very emotional. I’ve seen times change, I go back to the 60s and they were very bad times. Sometimes the Irish accent didn’t go down too well in the early days, but that’s all finished now. The cooperation between Britain and Ireland is the highest it’s ever been.” 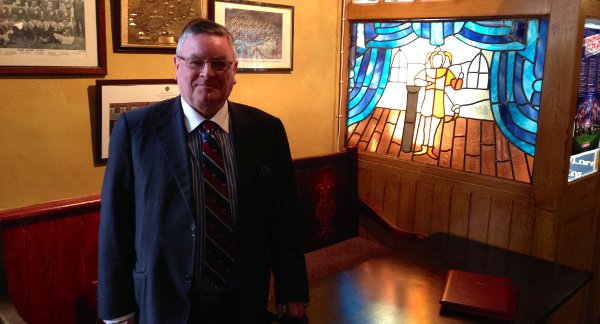 Having made the trip to Ireland in 2011 to see the Queen’s State visit and recently arrived back from New York’s St Patrick’s Day celebrations, he reflects on the changes he’s seen over the decades.

“I honestly believe that we changed from the old to the new and modern when we started off with President Mary Robinson, and then of course President McAleese, the lady presidents did an excellent job,” he says.

“This gentleman [President Higgins] is an excellent President of Ireland - you can see his heart before you see the man. And he has a lovely wife as well. I wish them the best of luck on their state visit to Britain.

“In terms of what’s next,” he adds pointing to a poster on the pub’s wall. “At the back of my mind is tourism. Bord Fáilte will be really happy… just turning around in this particular bar in Windsor you can see a poster of Dublin, this is what we need more of… this sort of advertising about our beautiful nation of Ireland.”

Among those who also lined the sun-filled streets of Windsor earlier in the day, as British and Irish flags were swayed by a gentle breeze, was Rebecca Purcell and her young daughter Saoirse.

Originally from Dublin, the former Tara camogie club player said: "It's a historic day, I never thought I'd see it in my lifetime and I’m delighted that my daughter Saoirse, who's two, can be here too. I've been here 12 years and while it doesn't feel like home here, it's a special day and today has brought a tear to my eye." 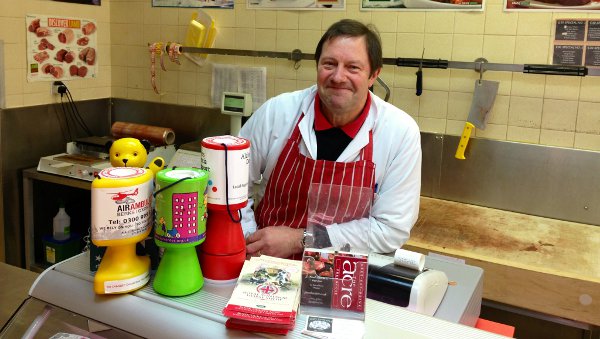 Inside Windsor’s Harte and Garter Hotel - just opposite the castle’s Henry VIII gate - sits William Edgill who has lived out Ireland for 20 years but is originally from Co. Offaly.

"I've come today to be out and proud Irish, and because it's the first state visit,” he says. “The anticipation on the train coming out from Paddington was electric, not everyone was sure which president it was so I explained it was for Ireland. I've even got an Irish flag in my bag today. I'm here to celebrate my roots and show the world how far we've come."

Later that day the crowds have dwindled away. The President has made his joint address to both House of Parliament in Westminster and final preparations for the State Banquet back at the Castle are being made.

Along one of Windsor’s main shopping streets is J Hunt Butchers – displaying a selection of Irish food, from Kimberly biscuits to Barrys Tea, by its front door.

Inside butcher Steve Griffiths is arranging meat behind the counter.

“We have a regular flow of Irish customers coming in,” he says. “We started off with a shop in Shepherd’s Bush, which has a big Irish community. Joe Hunt, the owner, one of his grandparents was from Sligo.”

Later the sun sets on a small group of people who have now gathered outside Windsor Castle in the hope of catching a glimpse of some of the 160 guests attending the state dinner.

A handful of anti-IRA protestors mingle with the waiting public, among them Victor Barker who lost his 12-year-old son in the Omagh bombing.

“It's the right thing to do,” he says of his decision to come out in protest against Martin McGuiness’s presence at the event. “I'm just one of thousands of people in Northern Ireland and this country who have suffered as a result of terrorist violence.” 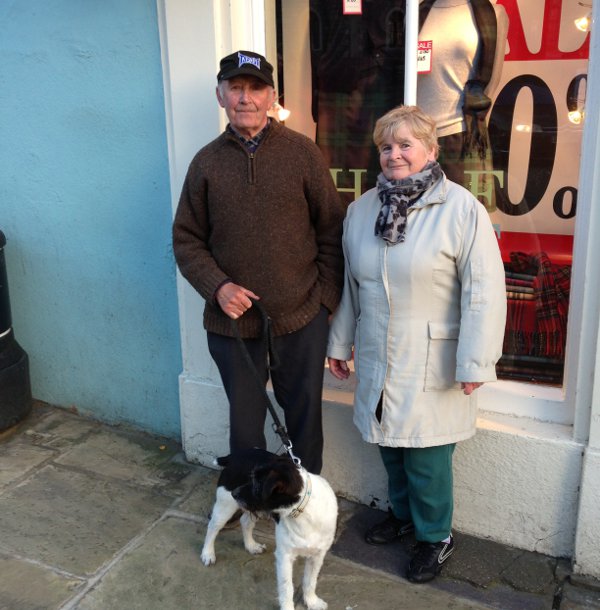 Rose and William Gill have been in Britain for 50 years

Across the road is Rose Gill and her husband William.

Originally from Longford they have lived and raised a family in Britain for the last 50 years.

“In those days back in the 60s times were hard in Ireland, we had to emigrate,” Rose says.

"We’ve had our ups and downs and with all the Troubles it was bad. You’d have mixed feelings in them days – who was right and who was wrong. But I think this day is making history, I thought I’d never see it. I thought I would never see the Queen, the Irish Prime Minister, President and members of Sinn Féin getting together.”