The lone rider passed under the bridge and emerged dead. Photo by Annette Duggan

EVERY IRISH town has their ghost stories.

Barna, a rural area outside the town of Newcastle West in Co. Limerick, holds claim to one of the most haunting tales in the country.

Spiorad na mBarna, Irish for the Spirit of Barna, is the name given to a woman who lived in the area in the late 1800’s—but before she was immortalised in local ghost stories, she was known as Moll O’Shaughnessy.

Barna is still a small, close-knit community now, and was even more-so back in the day. Which is why it came as such a horrific shock when the seemingly good-natured Moll murdered her husband and young child in a bloodthirsty rage.

Almost as horrific as the murders themselves, the community decided it was fitting for Moll to suffer the way her family did—and so she was sentenced to death by being rolled from the top of a hill in a barrel lined with sharp and rusted nails.

It’s often said that a traumatic and violent death is what leads to restless spirits, and in the case of Moll O’Shaughnessy, many claimed to see her soul appear in different forms in the area over the next few years. Sometimes appearing as a weeping woman, sometimes as a rabid greyhound, Moll terrorised the surrounding areas for several years before finally succeeding in another murder: One night, an unnamed man was riding through Barna on horseback. He passed under the Old Barna Bridge, and though the horse emerged on the other side, the rider was dead—having been jumped by the bloodthirsty Spiorad na mBarna. 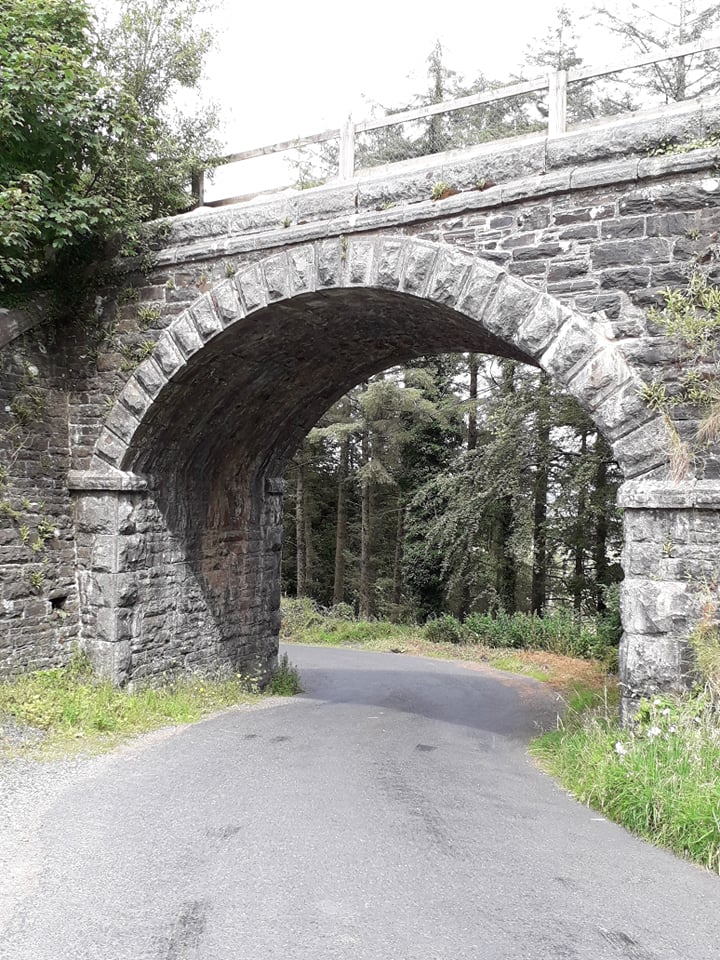 The lone rider passed under the bridge and emerged dead. (Photo by Annette Duggan)

The confused and terrified locals called on a holy man from the nearby Parish of Athea to banish the spirit, and legend has it that he gave Moll O’Shaughnessy the penance of emptying the Red Sea with a thimble full of holes.

While this penance seems to have calmed the spirit’s murderous rage, Spiorad na mBarna is far from forgotten in West Limerick. Many people from the area have claimed to have seen her, and whether you believe them or not, there is one chilling detail that leaves a lot of people wondering.

In the stone of the Old Barna Bridge, which is still standing today, there is the image of a face—the face of a screaming woman.

Stranger still, several people have claimed that the image of the woman moves around—sometimes she can be found in the top right-hand stone, sometimes lower to the ground and sometimes on the other side of the bridge altogether. 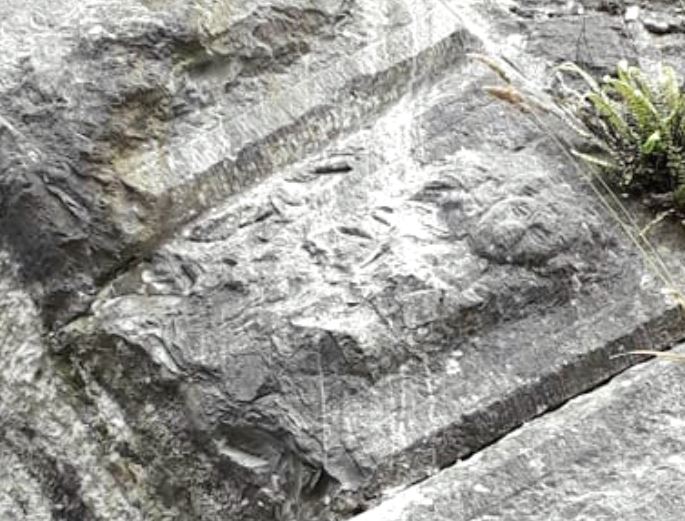 Can you see her? Some believe the image of Spiorad na mBarna is hidden in the stone.

It’s not unusual to pass by the bridge and see people stepping out of stopped cars, counting the stones and pointing out the face.

Whether or not you believe in ghost stories, the legend of Spiorad na mBarna is a tale that stays with you—particularly when you feel someone watching as you pass under the shadow of the bridge.