THE 175th anniversary of the birth of Michael Cusack was marked with a celebration in the county Clare home of the founder of the GAA.

The event took place on the morning of September 17 at the Michael Cusack Centre in Carron.

Mr McCarthy unveiled a memorial plaque and planted an ash tree in Cusack’s honour outside the cottage where he was born, which has since been developed into a popular visitor attraction.

On September 20, exactly 175 years on from the day Cusack was born, the GAA President laid a wreath at his grave in Dublin’s Glasnevin Cemetery, while members of Clare GAA and representatives of the Michael Cusack Centre placed a wreath at the foot of Cusack’s statue outside Cusack Park in Ennis. 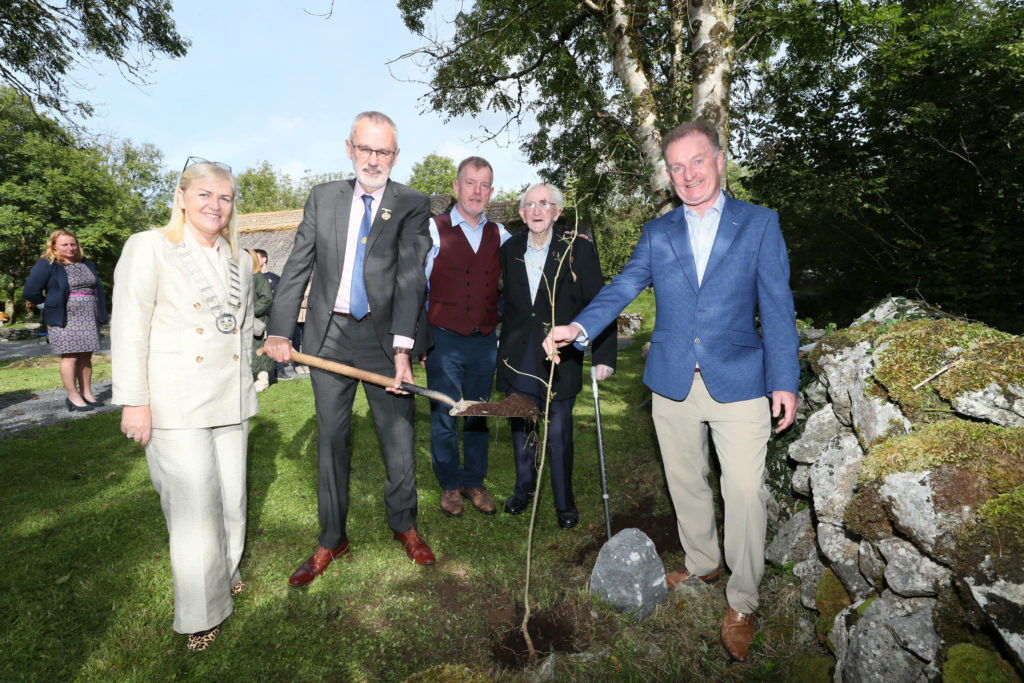 Born on September 20, 1847, Michael Cusack’s love for education, Irish culture and sport led to the foundation of what is today the world’s largest amateur sporting organisation.

The GAA that he helped to establish in 1884 has since developed a presence in every parish and community in all of Ireland and worldwide.

Leas Cathaoirleach of Clare County Council Cllr Ann Norton said: “‘Citizen Cusack’, as he was known, is a true icon of Irish culture and reflects all that is good about the community and society of his time, namely the Irish language, Gaelic Games, and promoting Irish culture and tradition through education.

“This commemoration is recognition of the vision and role played by Michael Cusack and the GAA in supporting our communities.”

Uachtarán CLG Larry McCarthy said: “The GAA today is an integral part of Irish life, deeply rooted in communities through more than 1,600 clubs in Ireland and more than 450 clubs around the globe.  It is a lasting legacy and tribute to the work of Michael Cusack and the passion and energy which he brought to the formation of the GAA.”

Dónal Ó hAiniféin, Chair of the Board of Michael Cusack Centre, added: “We will be hosting a series of Cusack 175 events right up to September 2023. We are inviting anybody, of every GAA persuasion, to come to visit.”

Guided tours of the Michael Cusack Centre are available each day from 10am.

Located in the centre of the award-winning Burren & Cliffs of Moher UNESCO Global Geopark, the visitor attraction features the original Cusack cottage, the 6km Cusack Way Walk, a recently developed Fairy Trail and the much talked about Púca artwork.