Panic buttons shouldn't be pressed, but a certain intrigue is attached these set of fixtures. Donegal motoring into headquarters to face a Dublin team needing a restorative result. Derry, frequently capable before the clocks change, hosting the All Ireland champions. Cork making the 450 mile round trek to Castleblayney. Mayo entertaining a Tyrone outfit reeling from a slack second-half when losing to Monaghan.

By Sunday afternoon some superpowers may be pointless, but not many are too perturbed by league standings on February 8. Kerry claimed the ultimate honour winning Sam Maguire in 2014 despite a shaky league start; a year previously they were ailing too around now. Problems were ironed out and the living was a little bit easier by summertime; for those with a bit of depth it usually is. The experimentation continues for most counties.

A significant Saturday evening beckons. Laois rallied to draw level against Westmeath before losing to a late burst from Tom Cribbin's improving outfit. Cavan escaped from Kiltoom with a draw so they'll be intent on posting another decent result on the road.

Last gasp Down goals flattened Kildare, but Roscommon want to enjoy a productive Spring. Meath were surprisingly toothless when losing to Galway. There ought to be a bit more bite to the Royals when Kildare rock into Navan.

Westmeath and Galway were both triumphant first time out. One of them could be the surprise table toppers on Sunday. Things can happen fast in February when momentum is generated. 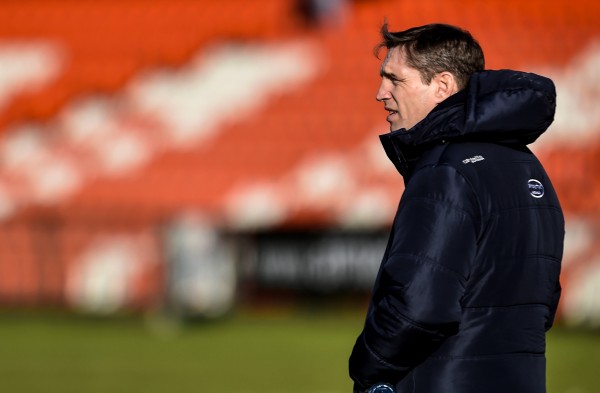 Kieran McGeeney's Armagh face an away trip to Wexford on Sunday.

Tipperary weren't happy with how their first game at Armagh concluded so Peter Creedon's charges need a result on home turf. Having defeated Sligo visitors Limerick know another win will edge them into a healthy position so the stakes are piled high.

Wexford away can be an awkward assignment, but Armagh have the dynamism to cope. Fermanagh thumped Louth, but Sligo will hardly be as accommodating. Clare's credentials will be examined in Drogheda. Hard to pick four winners from the fixtures in this pool with any conviction.

Despite encountering turbulence at Ruislip Offaly remain a team to watch in this Division. Manager Pat Flanagan made no secret about the fact that Offaly want to achieve promotion without fanfare or fuss. There is sufficient talent in Offaly to operate a couple of grades higher. McGrath Cup champions Waterford, though, hit Tullamore quietly confident.

London's trip to Carlow promises to be revealing. Can London build on a gritty effort against Offaly? How will Carlow cope with the burden of expectation following a fine draw with Antrim in Belfast?

Longford's collision with Antrim can be classed as vital, while Wicklow and Leitrim's battle shares a similar billing.

Brady has a point to prove

Dublin still searching for the correct balance between defence and attack