Andy Lynch: From the backstreets of Govan to Paradise

PERHAPS it will come as a surprise to some that it was while watching Rangers that Andy Lynch first visualised himself making a contribution to the beautiful game.

As a Celtic supporter from Scotland’s Irish diaspora Lynch was raised in Govan and would keep an eye on the motor cars of supporters for a few bob around Ibrox while absorbing the silky skills of Jim Baxter.

Further to that he made his professional debut in the Scottish capital for Hearts in 1969, another significant rival of Celtic’s where there is no love lost between the avid followers of both clubs.

“I’d had quite a lot of professional interest but Hearts stuck with it.

"At the time they were a strong side but still behind Celtic and Rangers. My position of outside-left fitted the bill for them.

"They told me that if I delivered on what they thought I could do I would make the first team. True to their word it came quickly and I was given that opportunity while still only 18 years old.”

It wouldn’t be long before he faced the green and white of Celtic, catching the attention of manager Jock Stein.

“I remember checking the wee red book to see when we were playing Celtic, it came early and I was keeping my fingers crossed that I could hold on to my position. I prepared for the game all week and left the morning of the match from my parents’ home in Glasgow.

"I got the bus and all along London Road the supporters were singing Celtic songs. I had my Hearts club tie and blazer on, if only they had known what was under my trench coat. I arrived early and went along the tunnel and out onto Celtic Park soaking it all up.

"I played well and put up a strong defence, we won 2-0 which was a great start. It would've let Jock see me – it put a maker down.”

In February 1973 Lynch achieved his ultimate goal of playing for Celtic. He had imagined himself in the side since childhood and had finally made the dream a reality. One of the most surreal experiences was training alongside the Lisbon Lions.

“I was a bit over awed because they were my heroes, now four of them are my team mates and I am training with them.” In Andy’s book, co-written with Paul John Dykes, the author suggests that Lynch was the sweetest fruit from the Quality Street vine, but in 1974 after securing nine league titles in a row it seemed the days of wine and roses were over for the player.

"I stepped up the training to Celtic standards and in the process I irritated a pelvic problem which I’d had throughout my career. In that era the treatment and expertise was nil. If you had a problem it was a case of keeping your fingers crossed, the scenario wasn’t good and the injury was holding me back. It was a very frustrating time because I couldn't do my job. 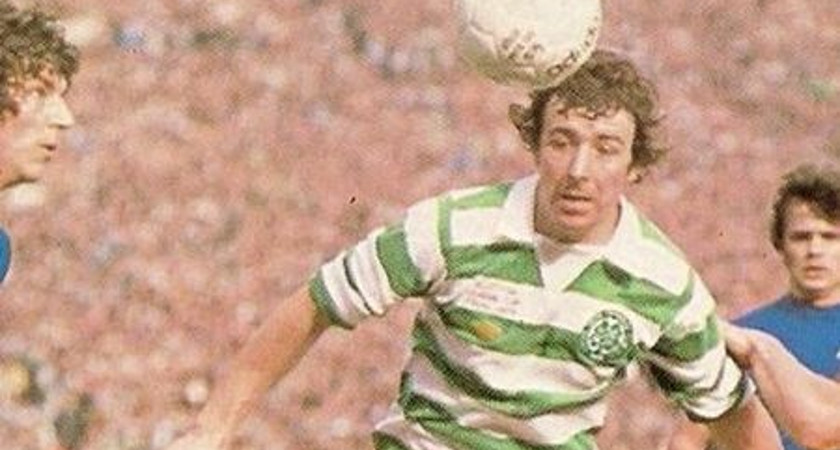 Andy Lynch [Picture: CQN Books]
"Whether we won or lost the league didn’t interest me because all the time I’m thinking whether or not I could justify my fee and what can I do for the club and my career. Really you go into a state of depression without realising. I was part of the first team pool but didn’t feel part of it."

When Jock Stein was involved in a life-threatening accident in 1975, Celtic stumbled without his commanding presence.

“By all accounts mere mortals would have died in that car crash but Jock was such a strong individual both physically and mentally.

"At that time Sean Fallon took on more of a role, I liked Sean and so did most of the boys but on reflection I felt some of the senior players could have done more and I think they took advantage of him in some ways.

"Not that he was soft but some of these players had been over the course. I was hungry and wanted to win every game for Celtic.”

Lynch’s tenacity paid off, it’s now 40 years since he played an essential role in the 1976-77 Scottish League and Cup double victory, famously scoring a penalty in the Scottish Cup final.

The side was only allowed to flourish for one season due to injuries and transfers but many fans remember it among one the finest to play at Celtic Park since the Lisbon Lions.

“When Jock came back he brought Pat Stanton into the team, he was a very important player who made a huge difference, he played an incredible sweeper role at the back and that helped me immeasurably.

"At right full-back you had Danny McGrain and myself on the left, so Danny and I were then able to push forward and give the midfield extra strength. We were impregnable, our defence was solid and our confidence was renewed – we knew we could give the opposition the ball and they wouldn’t score.

"Historians discuss the best Celtic teams in an attacking sense but in actual fact you don’t have a great team without a solid defence. I felt that team were going to do well in Europe the following season, unfortunately it wasn’t to be as the side only stayed together for one season due to injuries.”

Significantly, Andy continued to play his part during some hard-fought contests against Rangers. He would also find the net during a 1-1 draw in November 1978 and that side went on to win the league against the Ibrox club in May the following year with only 10 men on the field of play. 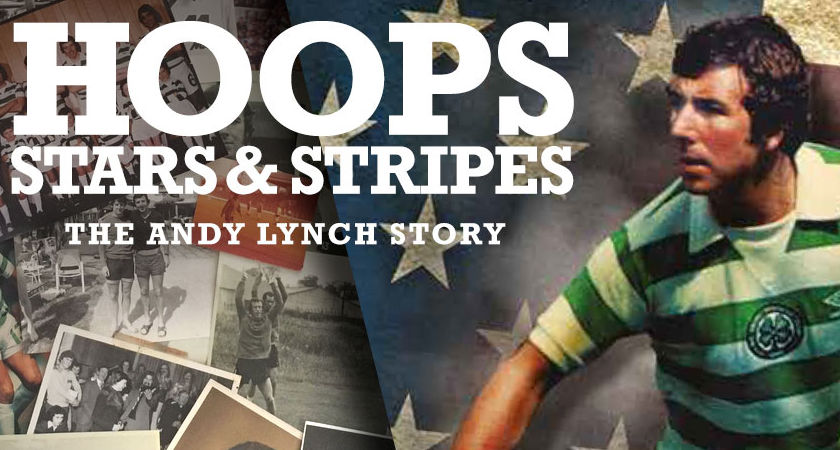 How does he think the fixture has changed in the modern era?

“I think as far as the Celtic v Rangers games, if my memory serves me right the stadium was half and half. The tackling was really ferocious in comparison to now and the two teams were predominantly Scots players and you could be sure that the majority of those players supported the teams as well, that’s the difference.”

Life after Celtic featured a season of coaching in Canada. What advise would Lynch offer to young players with a desire to pull on the Hoops today?

“A lot of really good young Celtic players might not get the experience they are looking for. I would be concerned that as the club grows more successful in the modern game it’s going to be harder for them.

"The present manager is not going to go out and get young Scottish players no matter what anyone says. His scouts are worldwide and it’s hard for young players to break through. Kieran Tierney is the exception, he’s the passionate fan in the jersey, when I was playing we had a team full of them – Johnny Doyle, Tommy Burns and George McCluskey to name a few.

"Tierney is the kind of player that Celtic supporters love to see and he has had so much press for that reason, it’s a throwback to a different time."