Rory McIlroy will play in next month's Masters competition

WITH the Masters tournament just over a month away, Rory McIlroy is in nowhere near the kind of form he would want to be and it’s showing.

Asked last month about golf’s distance debate – on how the sport’s governing bodies may try to rein in the ridiculous lengths golfers are driving the ball these days with increased fitness levels and better equipment – the Holywood man didn’t hold back.

“I feel the R&A and USGA are looking at golf through a tiny, narrow little lens that pertains to 0.1 per cent of golfers,” McIlroy said.

“Golf has had an unbelievable boom in 2020. This pandemic has been so good for golf, and they’re looking at the wrong thing.

“I’m probably going to get in trouble for saying this but it reeks of self-importance.

“Yes, they’re the gatekeepers of the game, but their job is to make sure the game thrives in a hundred years’ time, and this is not the way to do it.”

While slightly out of character, this impassioned response from McIlroy was great.

Unlike many others, the 31-year-old spoke his mind and offered something different than the media trained responses we often hear.

However, you can’t help but feel it was said out of frustration.

It wasn’t so long ago that McIlroy seemed back near to his best.

In 2019, he won four events, including the season ending FedEx Cup.

Although he didn’t pick up a major, the consistency he showed suggested a tilt for one of the game’s premier prizes wasn’t far away.

His start to 2020 wasn’t bad, either, as he finished in the top five of his first four events. Then came the pandemic and with it a three-month halt to golf. 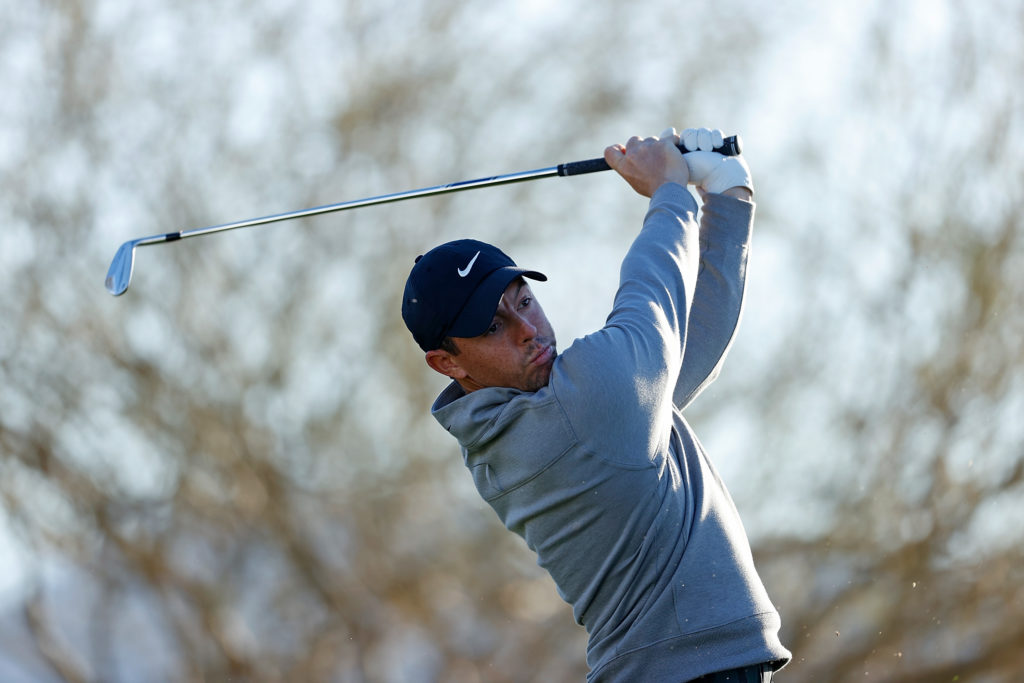 Since the sport’s return in June last year, McIlroy’s form has dipped.

There have been top 10 finishes, but rarely has he contended.

While he has recently taken on the duties of becoming a father, the truth is he is playing poor golf at the moment by his standards, which is worrying as he looks to end his seven-year major drought with the Masters fast approaching.

The absence of crowds certainly hasn’t helped his performances.

McIlroy plays on instinct and the buzz from a watching gallery gives him that spring in his step.

Without that, he has often looked uninspired and has been unable to gain any momentum as his recent missed cut at the Genesis Open showed.

The tranquil nature of professional golf behind closed doors is not to the detriment of every player, however.

And some are undoubtedly benefitting from the lack of galleries.

Since the turn of June last year, for instance, the world No.1, Dustin Johnson, has won five events, including the Masters last November.

Relaxed and often ambling around the course like a cowboy, Johnson’s golf has flourished in the new environment and his form is ominous for McIlory.

While Augusta is not the kind of place can you make predictions, it’s hard to look past the American to retain his Green Jacket, though a lot can happen between now and then, especially when you consider he ruled himself out on the week of the tournament a few years ago by falling down a flight of stairs.

Whatever occurs, McIlroy will hope his own form picks up soon in the weeks ahead on the PGA Tour.

Shane Lowry: "I'm disappointed that someone else is putting on the greeen jacket this afternoon and it's not me"

Masters: Shane Lowry, 'I want to be standing here on Sunday with the green jacket'