Masters: Shane Lowry, 'I want to be standing here on Sunday with the green jacket'

SHANE LOWRY feels that he can win the coveted green jacket at the Masters this year.

The major in Augusta starts this Thursday and runs through till Sunday in one of most watched sporting events in the world.

The 2019 Open champion feels his game is in pretty good shape ahead of the opener.

What a sight this is🤩🇮🇪- Séamus Power, Rory McIlroy, Padraig Harrington and Shane Lowry all on course before a 4-ball session at Augusta. Roll on Thursday! ⛳️ pic.twitter.com/SZeDa6MHmr

"Things have been going well, I've been shooting some low scores, and I've been playing some nice golf," said Lowry.

"I'm feeling very comfortable out there and I feel great coming in here; my game is in pretty good shape.

"I am quietly confident of doing something good this week, but it is Augusta National and you don't really know. You give it your all and see where it leaves you at the end of the week."

"I think I'm starting to figure out the place a little bit better," said Lowry. "I struggled here the first couple of years, and I made mistakes where I probably shouldn't have made mistakes.

"I'm looking at a couple of options of playing the course a little bit different this year, to take some trouble out of play.

"My focus for this week is to hit the shot that is in front of me, and hopefully shoot some good scores."

The 35-year-old has also been working with legendary golfer Tiger Woods, picking up tips from him.

"You learn a lot from playing out here, and two years ago I was lucky enough to play three rounds with Tiger Woods," said Lowry.

"There were certain holes I may have played different shots until I saw what he played, and it changes your attitude towards the place." 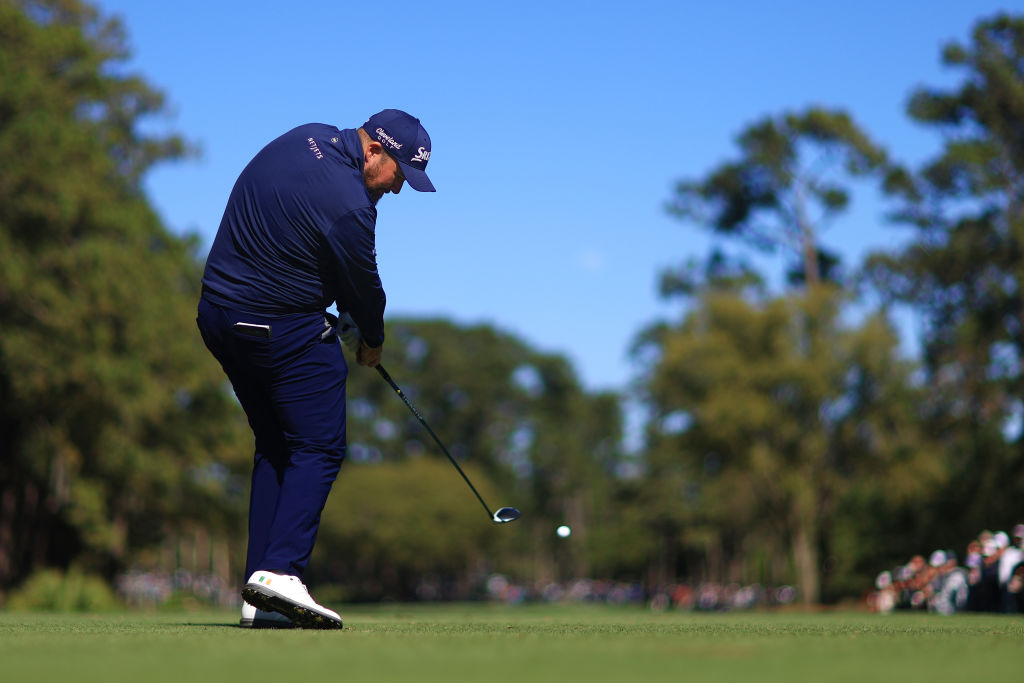 PONTE VEDRA BEACH, FLORIDA - MARCH 13: Shane Lowry of Ireland plays his shot from the tenth tee during the third round of THE PLAYERS Championship on the Stadium Course at TPC Sawgrass on March 13, 2022 in Ponte Vedra Beach, Florida. (Photo by Mike Ehrmann/Getty Images)

Lowry knows that he will have to overcome some of the best golfers in the world if he wants to make sporting history and become Ireland's first winner of the famed major.

"Obviously, I want to go out there and perform and I want to be standing here on Sunday with the green jacket.

"It is the excitement of playing here, and that carrot dangling at the end of the week that I know if I play my best stuff and I get a couple of breaks along the way that it could be me, and that's what keeps you going, and gets you out in the morning, and that's what makes it very exciting."

And having previously won a major tournament, Lowry knows that he has the belief to get over the line if he can put himself in a position to win on the back nine on Sunday.

"The fact that I won the Open in 2019 in Portrush doesn't mean I want to win it anymore or any less, but I do know for a fact that if I get myself into that position, and I have a chance, I know I can do it and hopefully I get that opportunity.

Round one - Thursday, 7 April