THE names of some of the athletes who will represent Team Ireland in the Tokyo 2020 Paralympic Games have been revealed.

Kicking off on Tuesday, August 24, the competition will run until Sunday, September 5.

Here are the names we have so far…

Ireland have confirmed the Para Equestrian team that will represent the nation at the Tokyo 2020 Paralympic Games.

The four riders will compete in Para Dressage, in what will be their first ever Paralympic Games.

The four-person team and their horses representing Team Ireland will be Tamsin Addison with Fahrenheit 212, Rosemary Gaffney with Werona, Michael Murphy with Cleverboy and Kate Kerr Horan with Serafina T.

The Para Dressage events will take place in the Equestrian Park, Tokyo from August 26 – 29.

Tamsin Addison is a Grade V Para Dressage rider, who is based in Britain.

Her debut will come on August 26, in the individual test.

She will compete on August 26 with horse Werona in the Grade IV class.

The Clonmel woman narrowly missed out on qualification for London 2012 and Rio 2016.

Michael Murphy will compete in the Grade I class on Cleverboy at his first Paralympic Games.

Most recently, Michael had a hattrick of wins at Hartpury, winning in the team test, individual test, and freestyle.

Michael and Cleverboy will begin their Paralympic Games from August 27 - 30, in both the individual and team test.

The fourth rider of the Para Equestrian team is Kate Kerr Horan from Wicklow - a Grade III rider who will compete on Serafina T from August 27 in the Equestrian Park.

Team Ireland Chef de Mission, Neasa Russell said of the team: ‘We are delighted to announce the Para Equestrian team for the Paralympic Games.

“The four riders have shown good form in recent months. It is brilliant to see all four riders making their first appearances at a Paralympic Games.

“I would like to wish the athletes and support team the very best in their final preparations before they depart to Tokyo.’

Para Dressage made its Paralympic Games debut at the Atlanta 1996 Games.

It was London 2012 when Team Ireland had more medal success in Para Equestrian, winning bronze in the team event, while Helen Kearney won both a silver and bronze in her individual events in London. 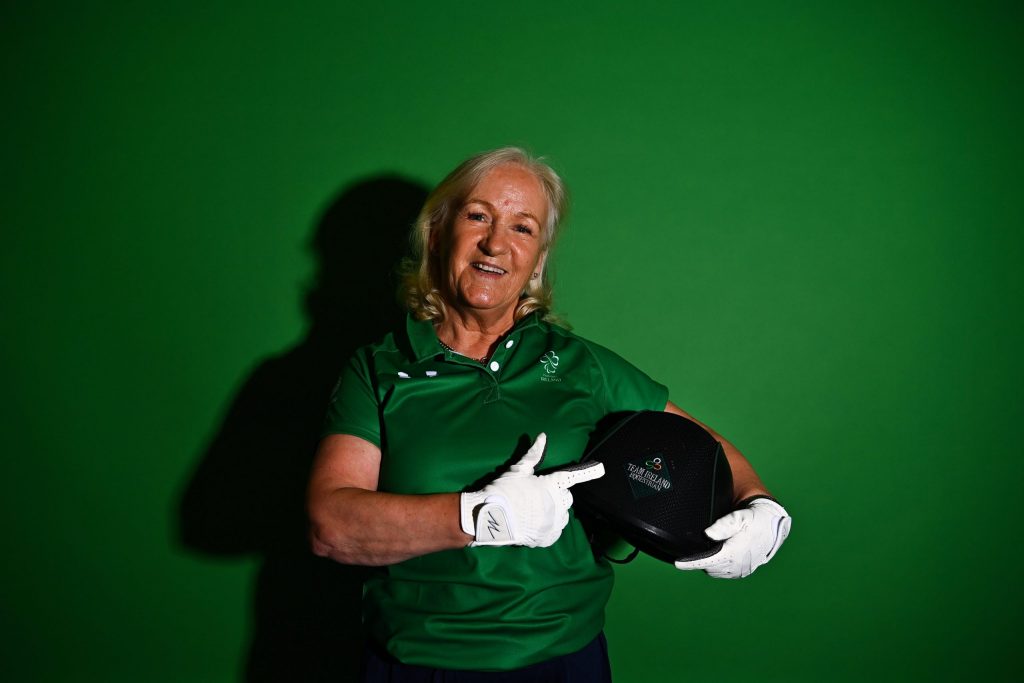 Paralympics Ireland have revealed the seven athletes that make up the Para Cycling team for the Tokyo 2020 Paralympic Games.

Five of them will be competing at their first ever Paralympic Games, alongside Rio gold and silver medallists, Katie George Dunlevy and Eve McCrystal, who will return to Tokyo with their sights firmly set on repeating the success of 2016.

Ronan Grimes, Richael Timothy, Gary O’Reilly and the tandem pair of Martin Gordon and Eamon Byrnes will all be making their first appearances at the Paralympic Games.

Crawley-based Katie George Dunlevy and partner, or ‘pilot’ for tandem events, Eve McCrystal have been amongst the top competitors in the world since their medal-winning performances in Rio.

The tandem pair won silver on the road at the World Championships in June, narrowly missing out on the gold medal in the 33.6km time trial.

The duo are expected to compete in the 1000m Time Trial, 3000m Individual pursuit on the track and in the Time Trial and Road Race.

Galway’s Ronan Grimes has had some outstanding recent performances, including winning bronze at the Paracycling Road World Championships on the track in 2020.

Gary O’Reilly will be Ireland’s only hand cyclist at the Tokyo Games and the Laois man has hit form at the right time having claimed a brilliant fourth place finish at the Para Cycling Road World Championships in Cascais last month.

Gary’s two events will take place on the road as he competes in the Time Trial and Road Race.

Richael Timothy will also make her first appearance at the Paralympic Games when she competes in the 3000m Individual Pursuit and the 500m Time Trial on the track before switching to the road for the Time Trial and Road Race.

Richael was a bronze medallist at the Para Cycling Track Championships in Canada in the WC3 Scrath Race in 2020 and has showed brilliant form already this season.

Martin Gordon from Sligo will be joined by his pilot Eamon Byrnes on the tandem where they will have high hopes of producing some memorable performances for Team Ireland. Sprint specialists, Martin and Eamon, will be competing in the 4000m Individual Pursuit, 1000m Time Trial and the Road Time Trial. 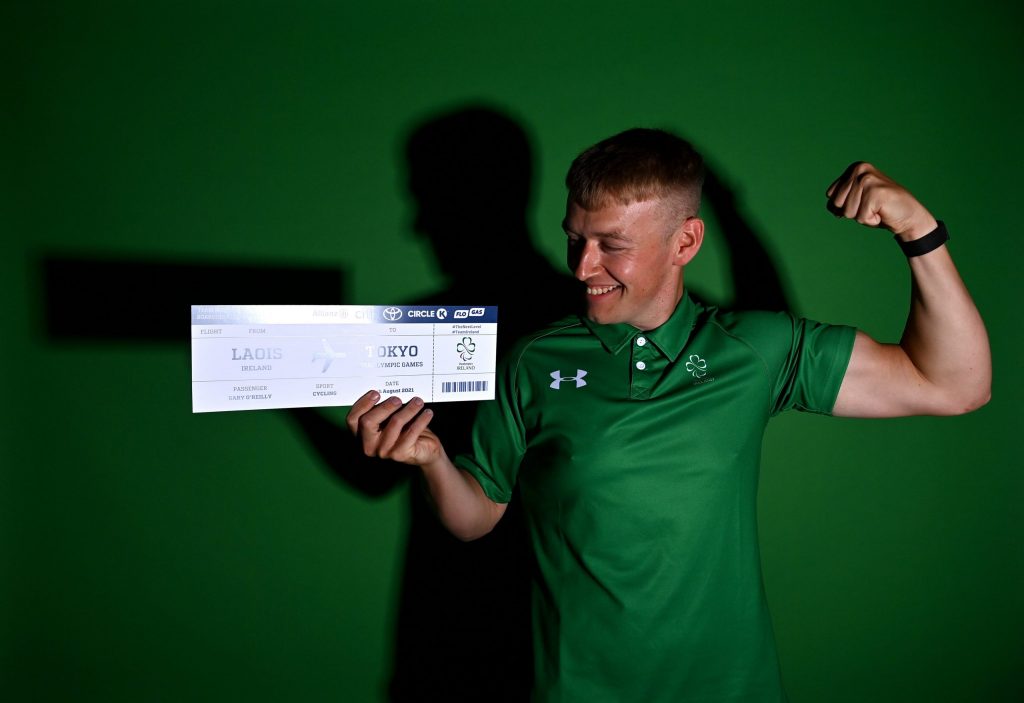 The team will include World Championships medallists Ellen Keane and Nicole Turner. Keane will be returning for her fourth Paralympic Games, having first represented Ireland at Beijing in 2008.

There are three first time Paralympians included on the squad, as Patrick Flanagan, Barry McClements and Róisín Ní Ríain will all make their first appearances at the Toyko games. Nicole Turner will be competing at her second games after the young Laois star was given the honour of being the Irish flag bearer at the Rio Games in 2016.

Patrick Flanagan, who grew up in Longford but lives in Sligo, narrowly missed out on a European Championship medal at Dublin 2018 and again in Portugal in May.

He will be hoping that he will be able to go one better and reach the podium in Tokyo.

Barry McClements is one of the strongest swimmers in the country and has been consistently excellent since he joined the Para Swimming squad post Rio.

Róisín Ní Ríain is the newcomer to the squad and will be the youngest member of Team Ireland at the Paralympic Games.

The 16-year-old from Limerick announced herself on the world stage when she claimed a bronze medal at the recent European Championships on her first appearance at a major championships.

Chef de Mission, Neasa Russell said: “This is a very strong squad. I am really confident that we will see some memorable performances in Tokyo. I want to wish the squad the very best and I know that they will do us proud in Tokyo.” 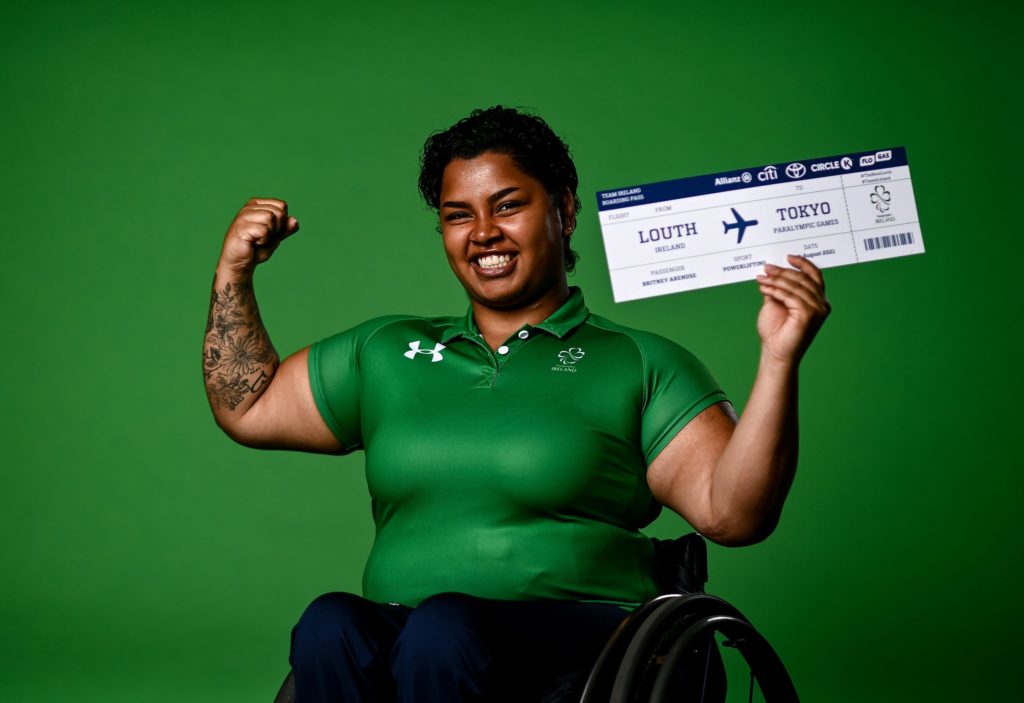 Judge will hope to maintain some excellent form that saw him reach the semi-finals of the Para Qualifying Tournament in Slovenia in June.

Kerrie Leonard will compete at her first games in archery after enduring a disrupted qualification campaign due to the Covid pandemic that saw her opportunities to compete internationally become extremely limited.

Arendse is the Junior World Record Holder in the 73kg category with a lift of 98 kg in 2019 and she has continued to progress into a top class athlete since then.

Eaglesham will return to the Paralympic Games after representing Ireland with distinction at the Rio 2016.

O’Leary has produced some of his best ever form in recent weeks as he was crowned European champion last month.

The Galway based lecturer in NUI Galway was the first ever man to represent Ireland in Para Canoe when he finished sixth in Rio and now he will race in two events in Tokyo.