Brought to you by Betfred

ALL bets are on Cazza and her horse Crackers for the big charity race at Kelso Racecourse on May 28.

Dublin-born Caroline, aged 28, who lives near the bookie’s headquarters in Warrington, was destined for a life where horses take centre stage after learning to ride as a tot.

She takes on 11 other amateurs in the Flying Fillies Charity Horserace for Jack Berry House at Kelso after training for over a year. 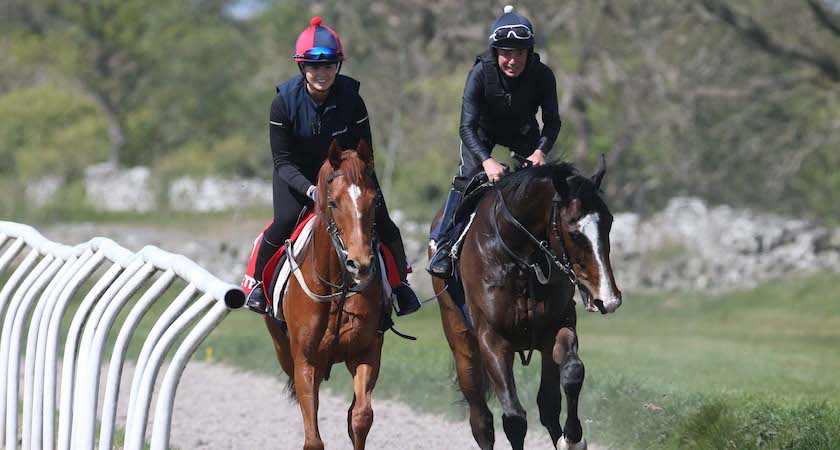 Caroline, who has a degree in sports management from University College, Dublin, said: “I started riding when I was three when my older sister, Jane, got a pony called Sam, and as a family we’ve been hooked ever since.

"I had a few ponies growing up and then got Captain Scarlet when I was 13 and over the following five years I competed on him in showing events all over Ireland and have represented my country a few times at the British Showing Championships in the four-strong working hunter team.

“I was speaking to Jack at the races in Newcastle last year and I knew I was on his radar to take part in a charity race. Next day, he amazed me when he gave me a sponsorship form and £20 because he said he wanted to be the first person to sponsor me which was great.

“It’s a brilliant opportunity for someone like me, who has a passion for horses. It is a superb honour to help towards the £250,000 per year running costs of this fantastic facility which opened in 2014.

"I’ve really grafted to get myself fit and strong enough to compete and not let anyone down. Over 20 times in the last few months I’ve been to the Donald McCain yard at Cholmondeley, Cheshire, before work, getting on the gallops at 7.40am. 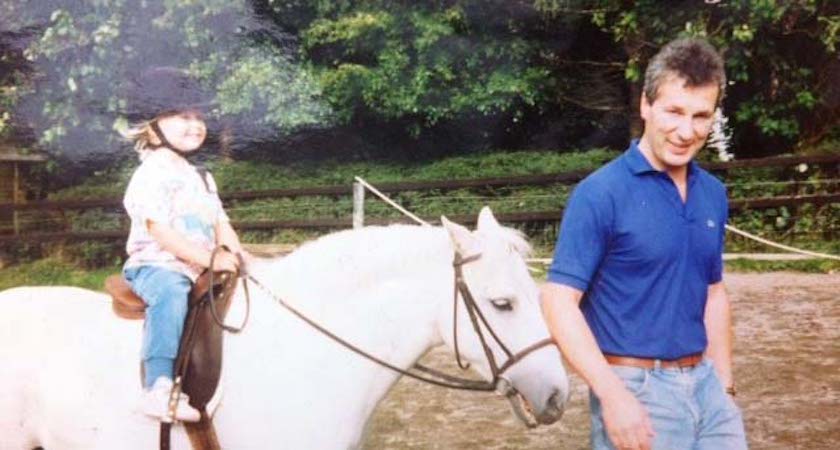 Caroline started riding when she was three when her older sister got a pony called Sam. She's been hooked ever since.

“During the Betfred World Snooker Championship in Sheffield, where I was working, I switched to Scott Dixon’s yard at Retford to continue my training. And recently I’ve been to Andy Crook’s yard at Middleham.

"I originally got to know the Crook family because Andy’s daughter Amy won £5,000 from Betfred for having being first out of the hat in our best turned out horse draw.

"Andy has kindly allowed me to use one of his horses, Crakehall Lad, a six year old chestnut gelding, whose stable name is Crackers. Some of my friends call me Cazza, so it’s a Cazza and Crackers partnership!”

Caroline, who has been keeping trim for her big day has been embarking on cardio and resistance training which includes using the specialised facilities at Jack Berry House, including gruelling sessions on the mechanical horse which realistically tests a riders’ balance and stamina. 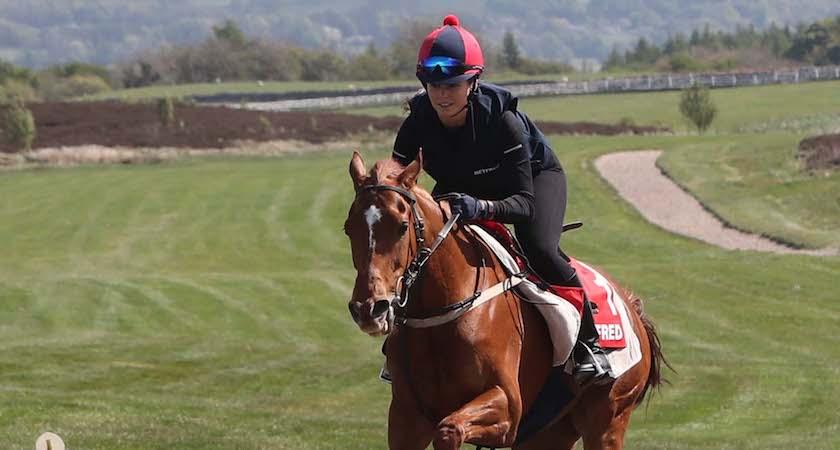 She added: “My main focus was fitness but I have lost weight too. It’s all about strength and endurance. I’ve been on a strict diet. For instance: no takeaways or even Easter eggs!

"Instead a lot of protein and vegetables and I can’t remember the last time I had drank alcohol.

"My parents and sister will be over from Ireland to watch me at Kelso, along with my boyfriend - and afterwards, if all goes well, we’ll go for a special meal and I may have a couple of glasses of Prosecco.”

The Flying Fillies Charity Horserace will be the last on the card at Kelso - and on course bookies will be hopefully taking bets.

Caroline, who has already invested over £700 on boots, a back protector, riding hat and breeches, said: “It is vital you not only look the part but are protected as we’ll be riding at more than 30mph which can be dangerous as well as exhilarating.

"It’s been very tough and sometimes frightening during my training. You do get an appreciation of how just incredibly tough and brave jockeys need to be to compete at the highest level.

“The race is one mile five furlongs, which Crakehall Lad, who was second at Catterick earlier this month over two miles, is perfect for the charity race according to Andy and lets hope he’s right!

"I’ve trained hard and am grateful to the 90 people who have sponsored me to the tune of £3,010. I’m proud to be taking part and am determined not to let anyone down.”