Did boxer Paddy Barnes finally meet his match in Rio?

BELFAST boxer Paddy Barnes saw his dream of a third consecutive Olympic medal ended by Spain’s Samuel Carmona at Rio 2016 in the round of 16.

However the light-flyweight wasn’t two despondent as he showed his sense of humour by having a jab at himself on social media.

Two-time bronze Olympic medallist Barnes ran into British boxer Anthony Joshua in Rio and posed for a mock face-off with the IBF heavyweight champion, who has won all 17 of his professional fights by way of knockout. 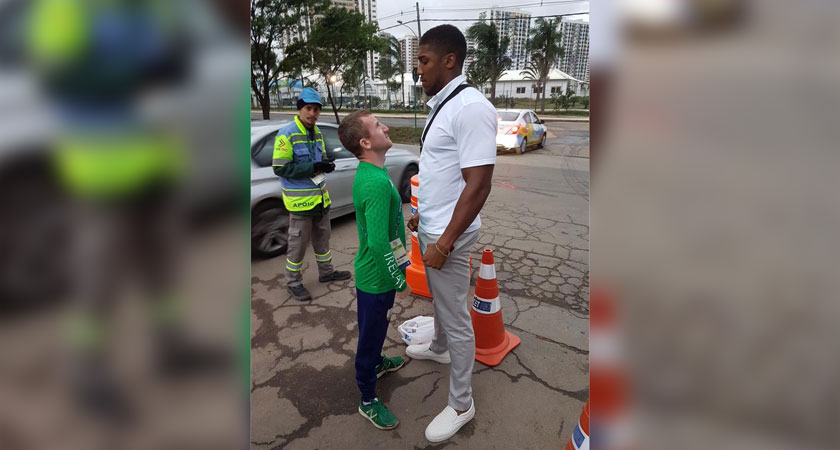 5ft 4in Barnes faced off against 6ft 6in Anthony Joshua [Picture: Paddy Barnes / Facebook]
“Joshua? No bother,” quipped 5ft 4in Barnes on Facebook last night after running into the London 2012 super-heavyweight gold winner, who stands at 6ft 6in.

After the controversy surrounding the defeats of Katie Taylor and Michael Conlan at Rio, it’s nice to see Barnes close out the Games with a bit of levity.