HEAVYWEIGHT CHAMPION Tyson Fury is said to have gone 'berserk, when his boxing rival Anthony Joshua asked for extra £3.7million’ in step aside money for the Usyk rematch.

Talks are said to have taken place over a potential fight between Fury and Oleksandr Usyk last week where Joshua, Usyk's next opponent would step aside to let the super fight happen.

But talks broke down in the final hours, this happened before Fury's showdown with Dillian Whyte went to purse bids.

According to Fury's promoter Frank Warren, the talks broke down because Joshua wanted an extra £3.7million' to step away from his rematch with Usyk, it was said to have drove Fury crazy

Tyson's a big man, he can speak for himself. He doesn't need me to tell you.

"But that's what it was. I got a call off him [and] he was going berserk saying, 'No, forget about it!'"

He also said that Joshua's monetary demands were the reason talks broke down, 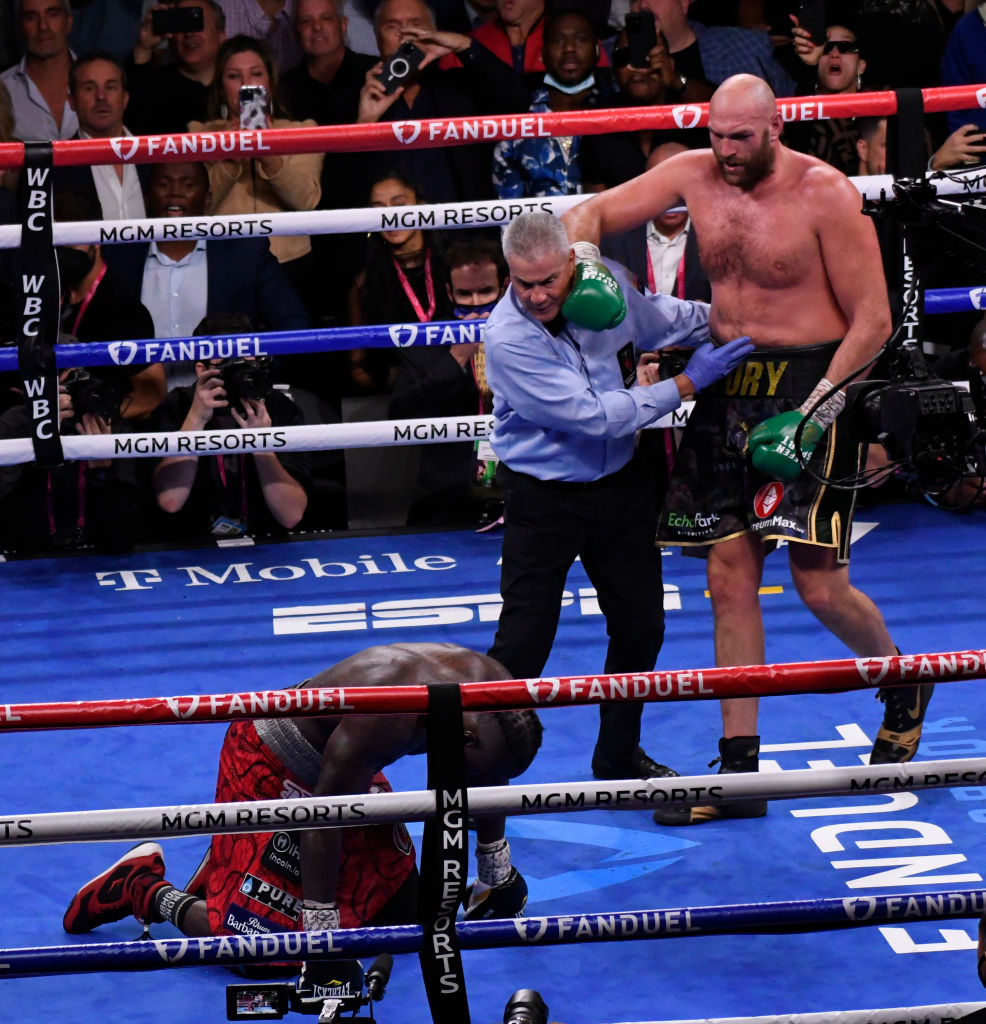 LAS VEGAS, NV - OCTOBER 09: ( In red trunks) Deontay Wilder falls to the floor as Tyson Fury stands over him during the World Heavyweight Championship III trilogy fight at T-Mobile Arena Saturday October 9, 2021. Tyson Fury took the win by KO Deontay Wilder in the 11th round in Las Vegas, Nevada.(Photo by MB Media/Getty Images)

"And that's the truth and that's what happened.

"Everybody worked hard to get it where it was, but when he asked for that extra money; it's the straw that broke the camel's back."

Joshua's promoter  Eddie Hearn had a different claim and said that the Gypsy King wanted a warm up fight before facing the Ukrainian, Warren dismissed the claim and said:

“It’s all irrelevant and I don’t particularly care what Eddie Hearn said.

“Eddie Hearn says lots of things and he’s part of the problem why these things don’t get over the line.

The original match-ups of Fury v Dillian Whyte and Anthony Joshua v Usyk are said to go ahead as originally planned.