Leicester City manager Brendan Rodgers walks around the pitch during the lap of appreciation after the Premier League match between Leicester City and Chelsea FC at The King Power Stadium on May 12, 2019 in Leicester, United Kingdom. (Photo by Clive Mason/Getty Images)

LEICESTER CITY manager Brendan Rodgers has insisted the club are still set for a ‘fantastic’ season despite the departure of defender Harry Maguire.

The England international joined Manchester United for £80 million – a world record fee for a defender – earlier this week following months of speculation.

Rodgers was sorry to see the 26 year-old depart but had been planning with this eventuality in mind for some time.  And he was quick to reassure supporters that Leicester can still be a force this season despite the loss of such a key figure.

Rodgers said: “When you lose your top players, of course there’s always a bit of disappointment, but I think in reality they (supporters) know where the club’s at. It’s amazing business by the club. 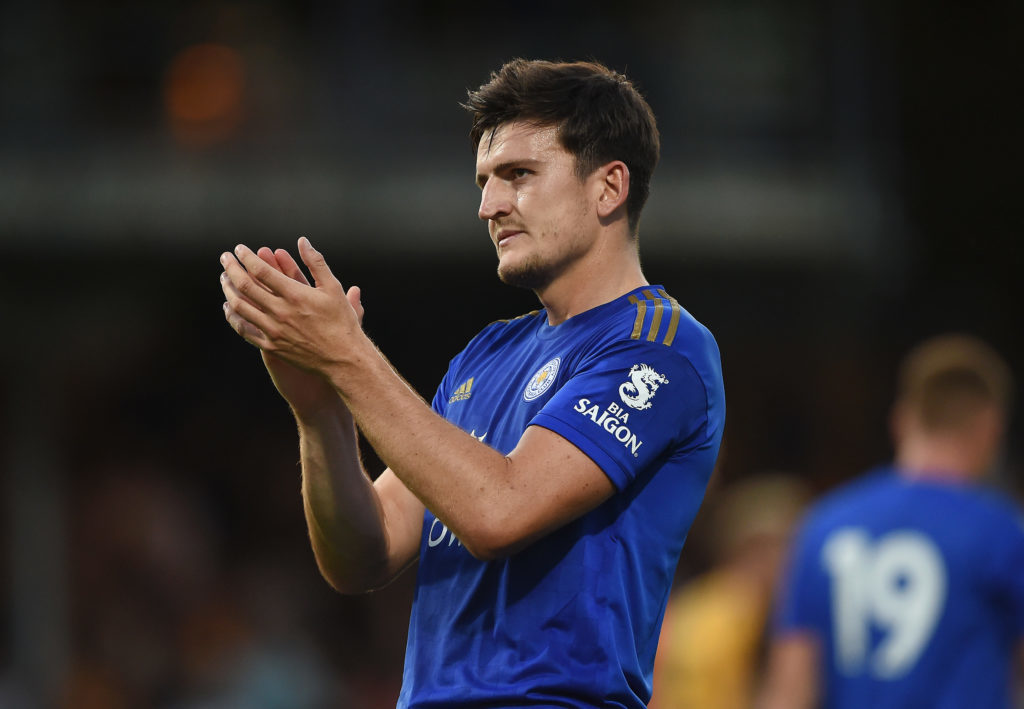 OUTGOING: Harry Maguire departed the club this week, switching to Manchester United in a world record fee for a defender.  (Photo by Harriet Lander/Getty Images)

“It’s part and parcel of football now. Players have their individual goals and individual targets, but we just have to look forward and embrace the challenge of this season, which is going to be fantastic for us.”

Leicester face Wolves at home in this season’s curtain raiser on Sunday. They defeated Italian side Atalanta 2-1 at the King Power in their final warm up game of the summer, with new signing Ayoze Perez stealing the show.

"You can just see his quality. He’s one of those players that when he comes inside, he can turn and he can play forward. He should have had two. He was in on goal on a one vs. one and I think he just got caught [in between] whether to dink the ‘keeper or play it through his legs, but he ends up scoring the most difficult one.

"Then Jamie’s goal is from quick thinking. Christian Fuchs takes the throw-in quickly and then he’s away. Christian He actually did that last week away at Rotherham. He created a goal for Kelechi [Iheanacho] because of his quick thinking. It was a very, very good night’s work for us.

“It’s been a fantastic pre-season. The players have worked ever so hard. I take my hat off to them, we’ve really pushed them to the limit in aspects of their fitness and tactical ideas but over the course of pre- season they’ve got their rewards.

"We’ve played a very good team and finished off with a very good win. It sets us up really perfectly.

And he added: “There’s a game behind closed doors which will get some of the other players up to speed, but this week is going to be really exciting, getting ready for Sunday.”