CELTIC manager Ange Postecoglou said his side failed to take their chances as they were held to a 1-1 draw by Rangers at Celtic Park.

Celtic took the lead through Jota after 21 minutes, the Portguese finishing Daizen Maeda's cross at the back post.

Maeda passed up a golden opportunity to double the lead just before the break, heading wide from a few yards out at the back post after good work from Jota.

🎙️"JOTA IS THERE TO SCORE!"@CelticFC take the lead as Jota fires home Maeda's cross against Rangers! Watch it live on Sky Sports 📺 pic.twitter.com/XMhJlDjeiz

Rangers started the second half strongly with Fashion Sakala and Connor Goldson going close, although Maeda again spurned an excellent opportunity to make it 2-0, firing over from 12 yards.

They were made to rue those missed chances as Sakala drew the visitors level with a powerful low drive from inside the box on 67 minutes.

Rangers had looked as though they were beginning to tire but the goal fired them up and they threatened to take the three points themselves. 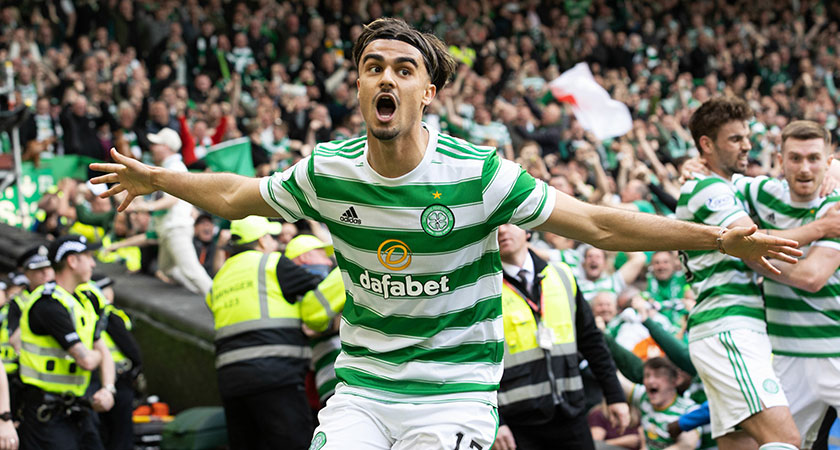 Jota celebrates his opener in the first half (Image: Alan Harvey/SNS Group via Getty Images)

Joe Hart had to be alert to tip over another Sakala chance before an impressive double save, first from Scott Wright and then Ryan Jack's follow-up.

Sakala hit the post late on before John Beaton blew for full time as the Hoops preserved their six-point lead at the top of the table.

Postecoglou lamented his side's missed chances that would have all but sealed the title, however he praised Hart for his heroics in goal.

"It was a cracking game," he told Sky Sports.

"It was pretty tight and tense, both teams had chances to get more goals.

"Ultimately, I though it was a good contest between two good teams and I'm pleased we got a draw out of it.

"We didn’t take the chances to get that second and a third and they stay in it.

🗣️"It is a game they needed to win. We showed great resilience and didn't get beaten which is important."

"We dealt with it OK but it became difficult at times.

"Ultimately, when we had the ascendancy, we didn’t take our chances and that keeps the opposition in there.

"They had nothing to lose, it’s a game they need to win so we knew they were going to throw everything at us.

"We showed again great resilience, we didn’t get beaten, which is the most important thing.

"There's three games to go and we're in a good spot so we move on to the next game, put on a strong performance and hopefully get us a little bit closer."

A win would have all but sealed the title given Celtic's superior goal difference, while defeat would have cut their lead to three points with three games left, giving Rangers a glimmer of hope.

The draw maintains Celtic’s six-point lead at the top, leaving them mathematically needing four points from the remaining nine on offer. 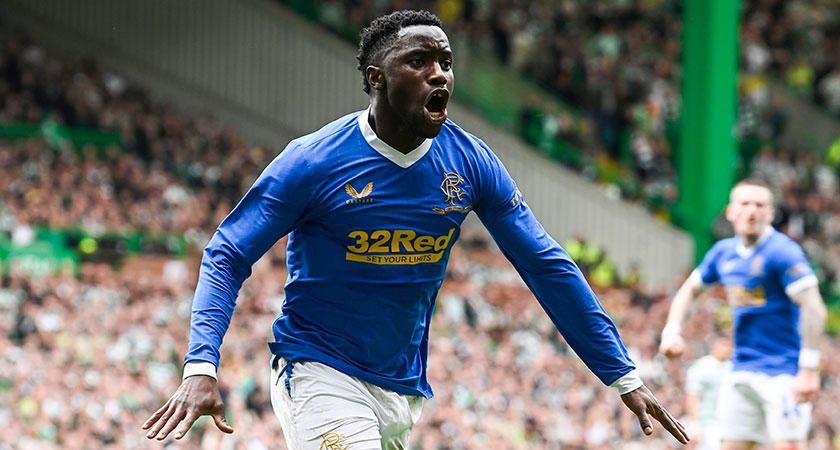 However, given their aforementioned goal difference, one win from the remaining three games should be enough to seal the title in Postecoglou's debut season.

They finish the campaign with a home game against Motherwell on Saturday, May 14.