CALLUM Robinson's brace against Azerbaijan on Saturday came at the height of a media storm about vaccines, but it was another Irish player who caught the eye this weekend - Chiedozie Ogbene.

The winger scored a header in the 90th minute to give Stephen Kenny's side a 3-0 win in Baku to finally give Ireland lift-off in Group A.

Currently plying his trade in League One with Rotherham United, Ogebene might not be a household name yet, but if his goalscoring form continues for his country, that could change in a flash.

The 24 year-old was born in Lagos in Nigeria in 1997, but when his father found work in Ireland seven years later, the family upped sticks and moved to the Emerald Isle - turning down the chance to relocate to Florida as Ogbene's father felt that Ireland would be a better move for his family.

After Saturday's match in Baku, Ogbene thanked his father for making the right choice.

"It was a special moment for me and my family," he explained.

"We had a different journey. My father got a job opportunity and brought his family across to settle in Ireland in 2005 and I grew up in Cork, learnt the culture and integrated with the system." 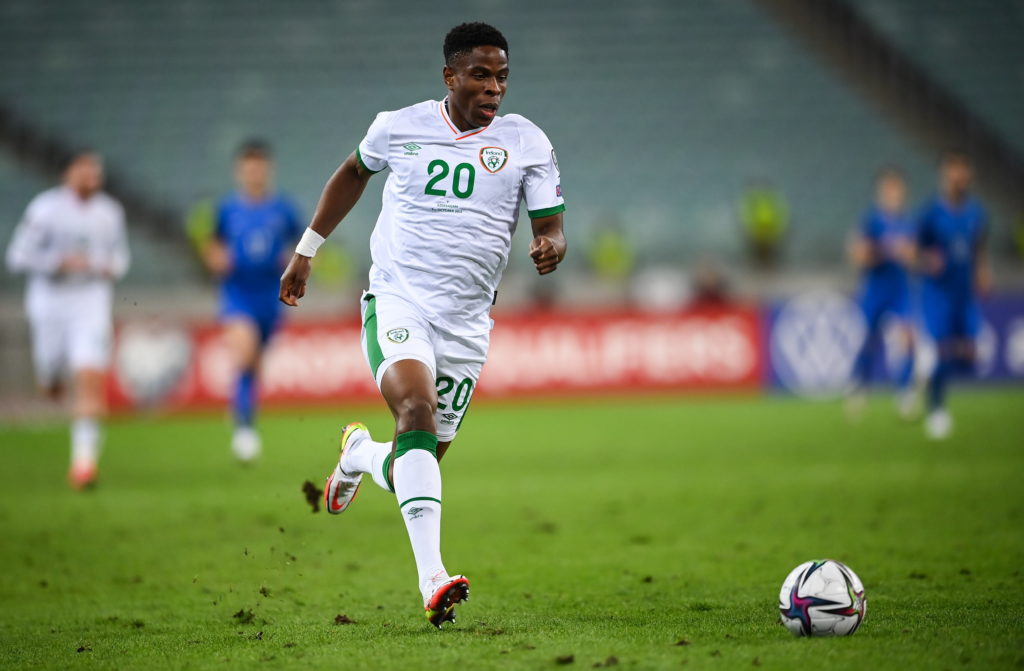 He scored and was awarded man of the match in an under-21 final for Nemo Rangers in 2015, his last appearance for the club, Cork City then signed the winger in August 2015.

Limerick in January 2017 came next for the youngster. His talent became recognisable as he was nominated three times for the League of Ireland Player of the Month award.

Ogbene’s impressive displays for Cork City and Limerick City garnered attention across the water in England and it would be Brentford that would sign him on a three-and-a-half year contract for an undisclosed fee.

He would make his debut in 2018, before being loaned out to Exeter City in August 2018.

Ogbene’s footballing career in England would take flight when he agreed to move to Rotherham United for an undisclosed fee, signing a three-year contract.

He became a central figure for Paul Warne’s side as Rotherham achieved promotion to the Championship. His manager described him as “unplayable that day as they beat fellow promotion hopefuls Bristol Rovers 3-0.

Ogbene had the difficult choice of representing Ireland or Nigeria at international level, but made the decision to play for the Boys in Green when Republic Ireland manager Stephen Kenny approached him to play for Ireland.

He was called up for the Andorra and Hungary friendlies and would go on to become the first African-born player to represent the Republic in its history.

Speaking to reporters after the Azerbaijan game, Ogbene spoke of how special it was to be a record breaker.

"Stephen [Kenny] wanted me to declare for Ireland and I showed interest," he said. 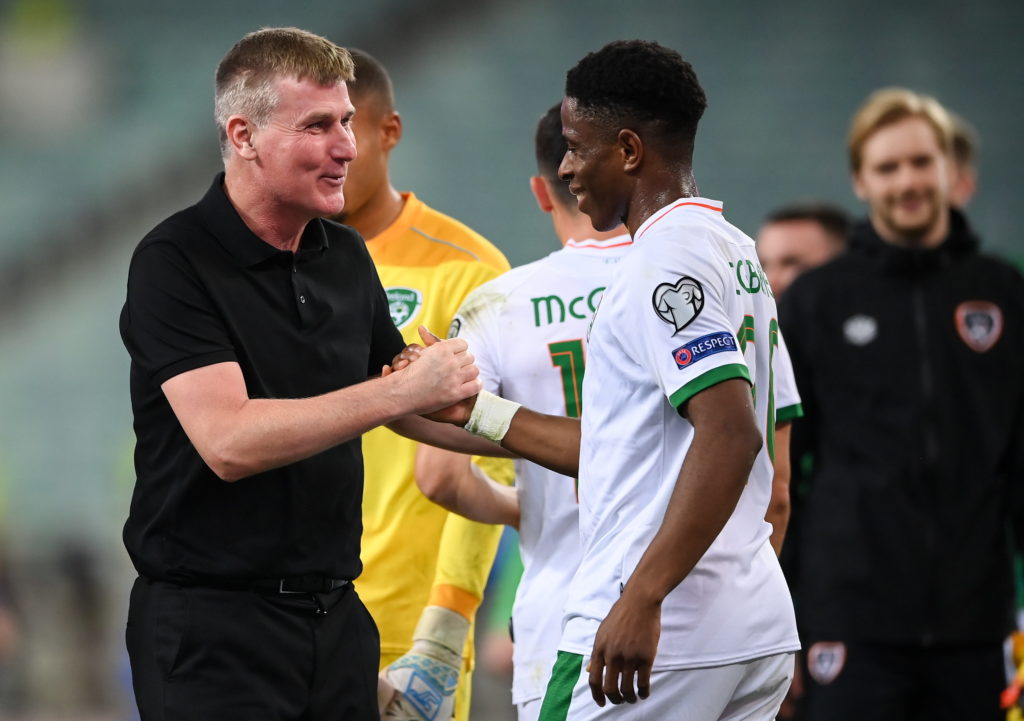 "There were a lot of complications with the registration and how I came into the country but to carry that title of being the first Africa-born player is very special.

"To see how proud I've made my family and the people of Cork, it's priceless. The support in Ireland is amazing."

After grabbing his first international goal on Saturday, Ireland fans can add Ogbene's name to the bulging list of promising youngsters beginning to make waves. With any luck, this is just the start.

Ogbene and Republic play Qatar in the Aviva Stadium tomorrow tonight, so that chance may come sooner or later.