Conor McGregor: From O-Rings to the boxing ring

"YOU'LL be sorry when I'm a millionaire," a young Conor McGregor once told his father in a heated argument. "At 25 years of age I will be a self-made millionaire.”

His father laughed at him. "And you know,” McGregor went on. “I was a year late. But I did it. I told him so."

It’s something which has been a running theme in Conor McGregor’s life.

Born in Crumlin in Dublin in 1988 to mother Mags and father Tony, Conor’s fighting life began at the age of 12.

He joined a local boxing club in Dublin but like many young people in Ireland, had an interest in football.

His fighting interest grew and spread from boxing to kick boxing and jiu-jitsu. Eventually, as Conor said, “instead of going to the football club, I would go next door to the boxing club.”

He held a tremendous interest in martial arts and continued to do so even after leaving school as a teenager.

With little desire in furthering his education, his mother Mags helped him get set up with a plumbing apprenticeship.

It was a steady job with steady pay and McGregor worked hard - 10-12 hours a day while still training in the evenings and fighting at the weekend.

McGregor was insatiable but it was too much and a decision needed to be made. He couldn’t live the life his parents wanted for him as well as working towards the one he wanted for himself.

He settled on the latter and, despite his parents’ annoyance, quit his plumbing job to focus on training full time. 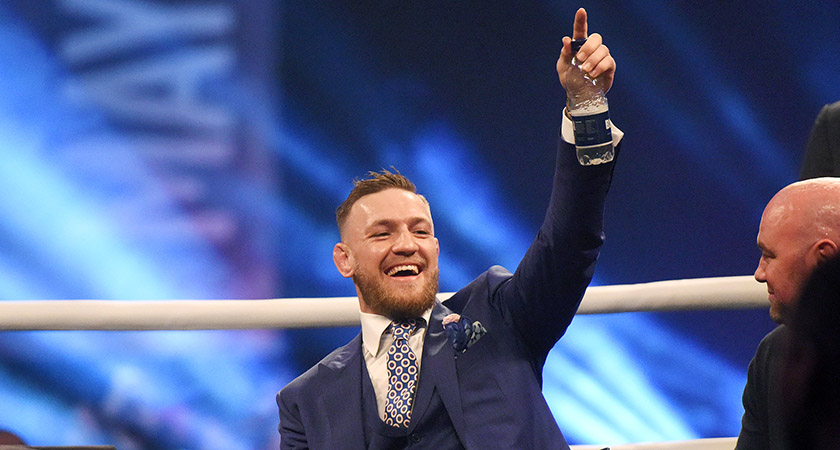 Conor McGregor at a press conference in Wembely Arena, London ahead of the Mayweather fight (Picture: Getty Images)

It was hard. There’s no direct route from the Dublin suburbs to the UFC ring and no Irishman had even fought there before McGregor.

“Who else has done it? What other Irish man has made a career of this?” Conor’s parents once asked him and he had no response.

Still, Conor persisted with his training. He was living off welfare but eventually made it to some competitive British cage fighting matches.

His early results were mixed and he even considered quitting at one point but for the intervention of his own mother who had been convinced by her son’s hard work.

Wins became a formality for McGregor in the local scene and he began attracting the attention of the larger companies.

Dana White signed the Irishman in early 2013 with McGregor’s first UFC fight scheduled for April of that year. 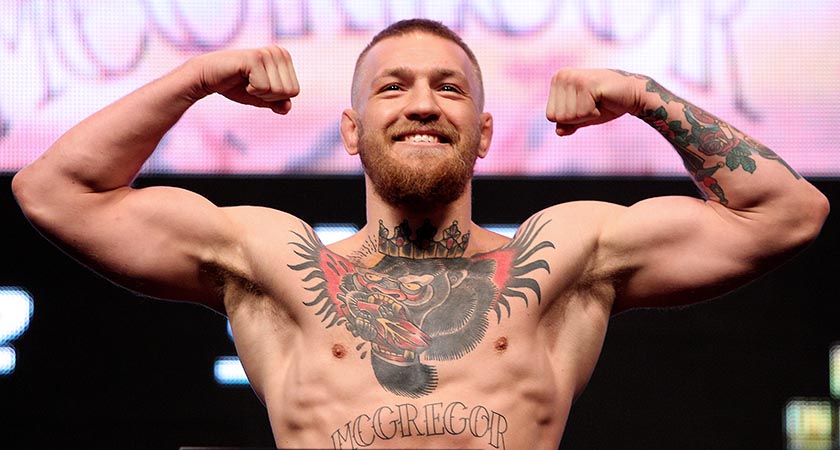 McGregor is getting ready for the more lucrativee fight in sport's history (Picture: INPHO/Raymond Spencer)

Things escalated incredibly quickly for the Irishman at that time.

He took it in stride but when he knocked out Marcus Brimage in his UFC debut and secured the $60,000 bonus, he couldn’t help but be happy about what was happening to him.

“To be honest, I don't know what's going on here,” McGregor said in the post-fight press conference.

“I'm just up here hearing $60,000. I'm just thinking of what I'm going to spend it on. Maybe a nice car and some suits or something, some custom-made suits.

He may not have spent that first UFC cheque on custom-made suits but he’s certainly spent some of the ones since then.

Research by Betway suggests that celebrities and fashion have overtaken fighting in his mind, if his Instagram page is to be believed.

He’s a man who is enjoying the attention and he’s only gotten more since announcing The Money Fight with Floyd Mayweather.

McGregor and Mayweather will step into the boxing ring on Saturday in what is expected to be the most lucrative fight in the sport’s history.

There will be plenty of money for new suits and cars after the weekend.

Brought to you by Betway