The 20-1 outsider beat On His Own in a photo finish but connections had to endure a steward’s enquiry before they could celebrate.

“Quite literally, I can't believe it,” said Culloty who becomes only the fourth man to both train and ride a Gold Cup winner, 10 years after landing the race for the first time on Best Mate.

In an intriguing race, Lord Windermere settled at the back of the field and looked out of it before Russell wound up the horse for a storming finish that will live long in the memory.

“To be fair now, halfway round, Davy was getting the sack,” joked Culloty.

Immediately after the race Russell expressed his disbelief at the result, but then he and Culloty had to endure an enquiry after it was suggested Lord Windermere had impeded On His Own, ridden by David Casey, on the run in. 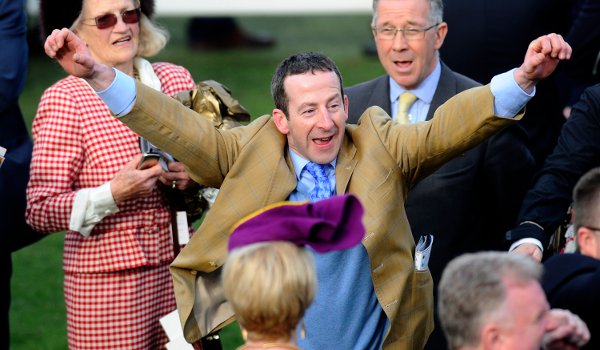 “I was clearly on the best horse,” said Russell. Within minutes it transpired that the stewards agreed.

“I’d like to thank my family,” said the jockey who had been sacked from his previous position by Michael O’Leary in January.

“It’s a lesson in keeping your head down and working hard.”

The contest was supposed to centre around last year’s winner Bobs Worth and Silviniaco Conti but Bobs Worth made a number of early mistakes and could finish only fifth. Silviniaco Conti led over the last but was plainly exhausted and was overhauled by three horses finishing strongly together on his right.

The third horse was The Giant Bolster, who had been second and fourth in previous Gold Cups.