McCarthy returns for his second stint in hotseat following the departures of Martin O’Neill and Roy Keane towards the end of last year.

It is a move that has been greeted with scepticism in some quarters, especially with the unusual scenario of Stephen Kenny being named as his successor almost immediately after the 59 year-old was confirmed in the role. 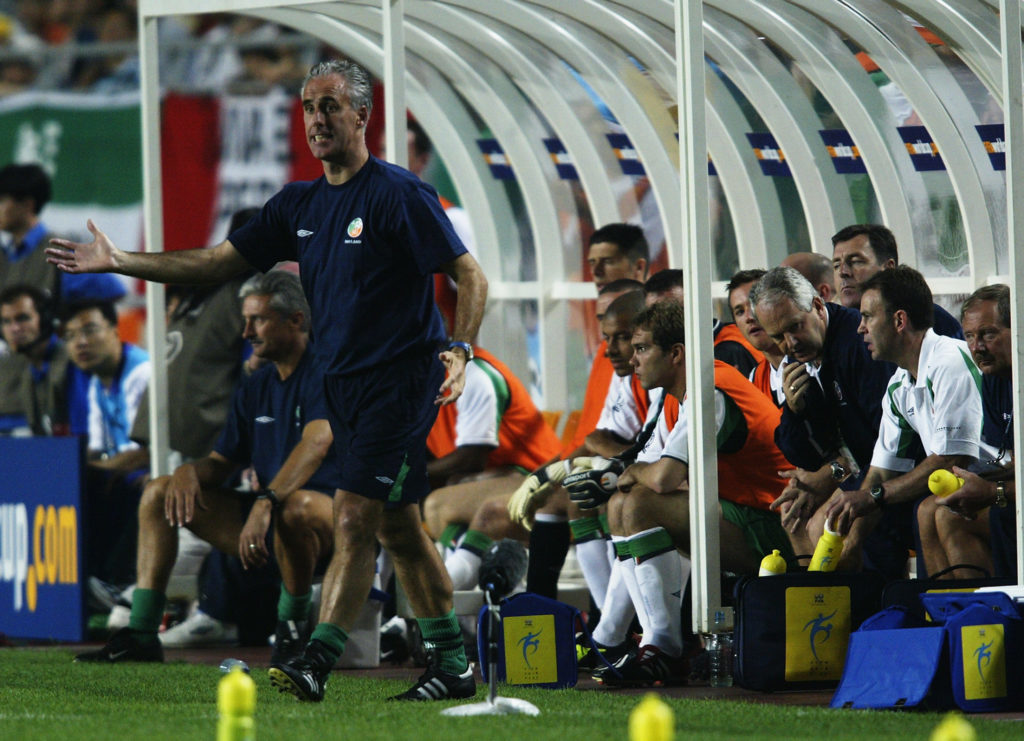 SUWON - JUNE 16: A animated Republic of Ireland coach Mick McCarthy during the FIFA World Cup Finals 2002 Second Round match between Spain and Republic of Ireland played at the Suwon World Cup Stadium, in Suwon, South Korea on June 16, 2002. The match ended in a 1-1 draw after extra-time, Spain won the match 3-2 on penalties. (Photo by Gary M. Prior/Getty Images)

But Connolly believes that built in obsolescence won’t faze McCarthy and he is just the man to get a reaction from this set of players.

Speaking to The Irish Post, he said: “Mick can keep a happy camp. He is used to working within constraints at clubs. He has very rarely had a lot of money to spend.

“The parallel there is Ireland don’t have a lot of players to choose from, so it’s a similar situation. It has come at the best time for him, because when he was Ireland manager first time around he was much younger.

“Now the role has come at a better time in his life and it works for both parties. He brings that experience and will be able to get the group together again and I think we will see a big improvement in performances this year.”

Connolly made his international breakthrough with Ireland under McCarthy back in 1996 and had bagged six goals for his country in little over a 12 months. That form helped him earn a move to Feyenoord in 1997 and he hasn’t forgotten the role McCarthy played in his development. 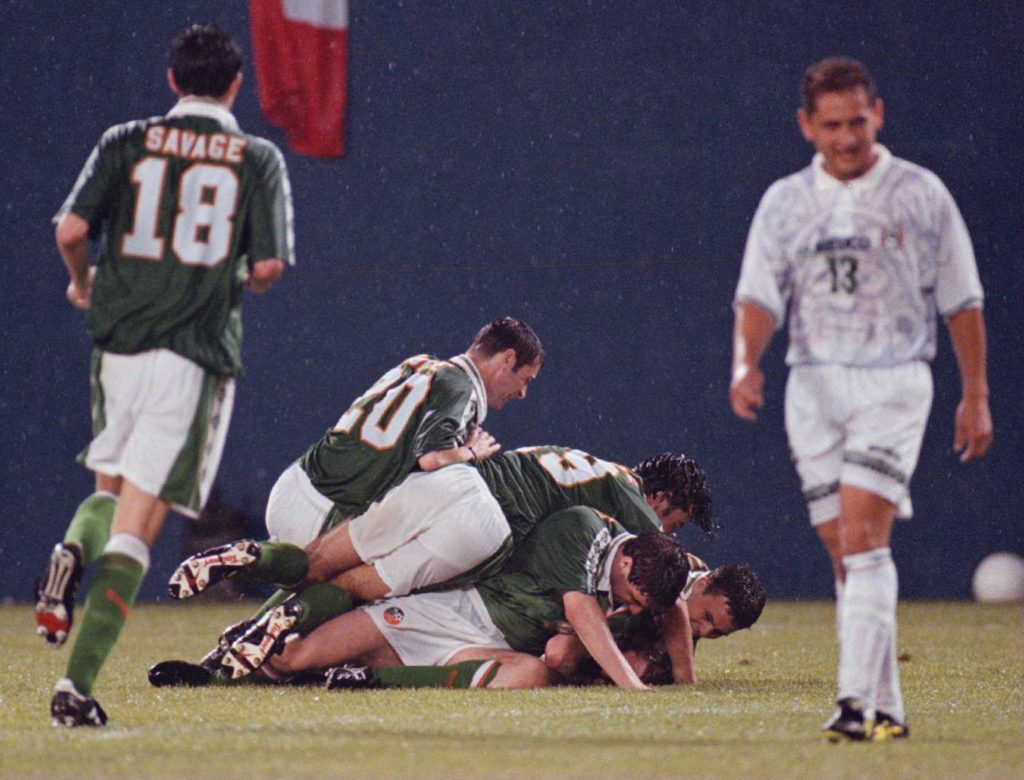 12 Jun 1996: David Connolly #21 of Ireland is mobbed by teammates after he scores the first goal against Mexico in the US Cup game at the Meadowlands stadium in East Rutherford, New Jersey. Connolly''s goal tied the game at 1-1 at that point and the game.

“It’s often overlooked that he gave debuts to the likes of Shay Given, Robbie Keane and Damien Duff,” he said.

“He takes criticism for the way he has set up some of his sides on the Championship. But when he had quality like those three, he wasn’t afraid to put them in at a young age. The same with myself. When I came in, it was during a transitional phase after Jack Charlton left and we had lost a number of big players.

“But Mick had the belief in the young players coming in and got the best out of us. There was a buzz around the group and Mick was a big part of that.

“It’s a bit of a myth that he doesn’t like good football. We probably should have qualified for the World Cup in 1998 and the Euros in 2000. We were so close. But we showed what we could do when we beat a very good Holland side in 2001. And we should have beaten Spain in the World Cup in 2002. 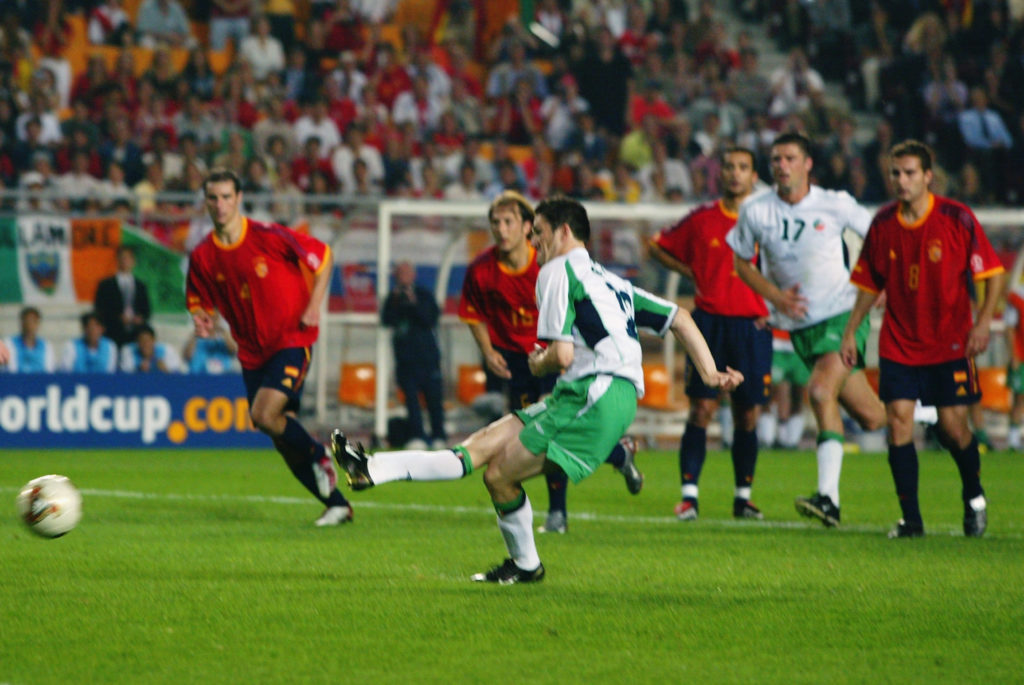 SUWON - JUNE 16: Robbie Keane of the Republic of Ireland scores a dramatic penalty kick during the FIFA World Cup Finals 2002 Second Round match between Spain and Republic of Ireland played at the Suwon World Cup Stadium, in Suwon, South Korea on June 16, 2002. The match ended in a 1-1 draw after extra-time, Spain won the match 3-2 on penalties. (Photo by Ben Radford/Getty Images)

“He has been in football a long time, in terms of setting up teams in terms of how to play.

“Playing them in the right places and tactically set up to maximise with what Ireland have got.  In the past he has done that well for Ireland.”

This current Ireland squad might lack the big game presence and personalities of recent generations, but Connolly is still encouraged by the young players coming through. He currently works as a scout for Championship side Bristol City and has seen Callum O’Dowda’s progression first hand. 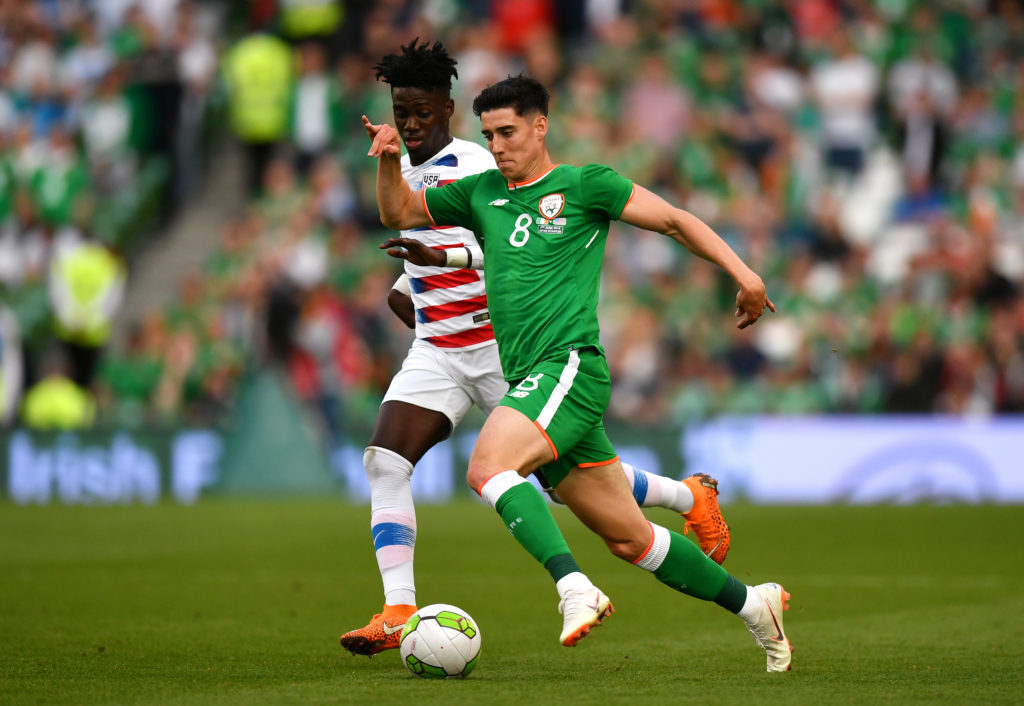 “He has got pace and power and I wouldn’t be surprised if there are already top flight clubs looking to make a move for him,” said Connolly.

“He has got the lot, it is just about getting it out of him consistently and effectively.

“There in no reason why he cannot be a fine, marauding left winger. I think that’s where he’s at his best, playing down his natural side. Getting crosses and scoring goals.

“He can play on the right side and is capable of cutting in, but I prefer to see him play on his natural side.

“He is athletic, powerful but blessed with good balance as well. He is the kind of player who excites the crowd and he could be a big player for Ireland for many years to come.”