Dublin , Ireland - 19 May 2019; Wexford manager Davy Fitzgerald during the Leinster GAA Hurling Senior Championship Round 2 match between Dublin and Wexford at Parnell Park in Dublin. (Photo By Daire Brennan/Sportsfile via Getty Images)

GAA legend Davy Fitzgerald has come out strongly against online bullying after his father, Clare GAA secretary Pat, allegedly received abuse online. A file is currently with the DPP following an investigation.

He said the call-out has received positive feedback and believes that the Irish Government should be doing more to tackle the issue.

Speaking at the launch of Londis' sponsorship of Ireland's Fittest Family, Fitzgerald said he feels those who dish out abuse anonymously online "have a sickness" and he gave an update on his own case. 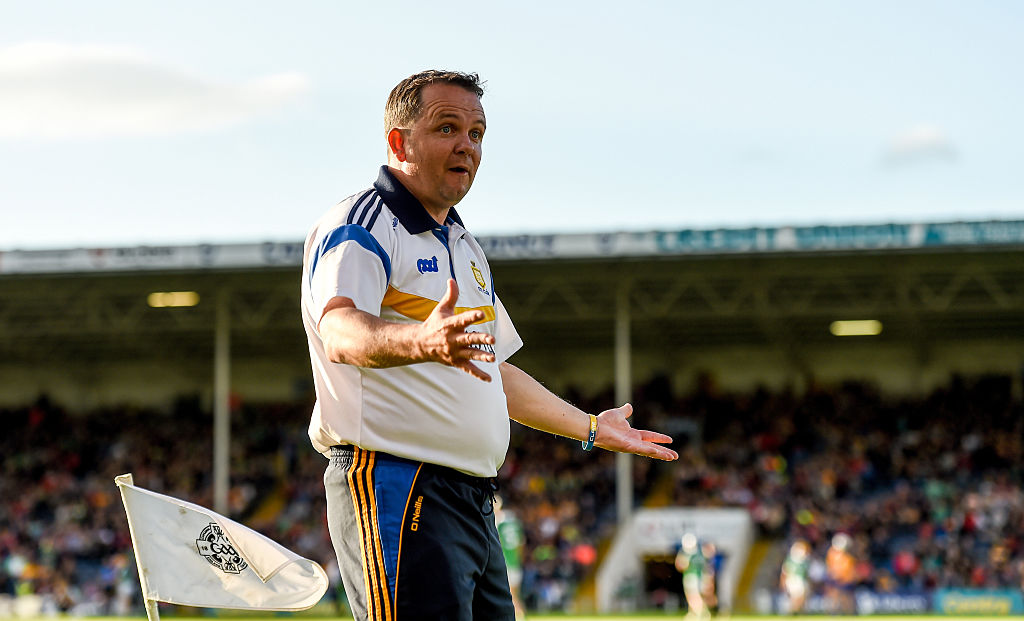 "I can remember getting one call the day after I was on The Late Late Show where we talked about it, and this person indicated that someone very close took their own life because they were getting absolutely hassled.

"And what he more or less said to me is: 'You spoke for all of us last night' and that would be the intention. It isn't just for myself and my dad and it's just I suppose we have a small bit of a platform.

"I would like to think that we're speaking for a lot of people out there that are afraid to say anything and then that has affected them.

"I just don't think it should be tolerated. And I think our Government has to stand up and take issue with it."

Davy Fitzgerald misses out on the Galway job

This week Fitzgerald had met with Galway GAA's management, who went with Henry Shefflin  the Kilkenny hurling giant to manage the team.

Fitzgerald said this is normal in GAA circles and wishes Shefflin well.

"I had a chat or two with them, they decided to go for Henry, it's as simple as that. Certainly I'm not dwelling on it. What's for you will not go by you, isn't that what they say? I only wish him the best."

"I'd play a lot of doubles or mixed doubles. I love being out on court with three or four people and having a bit of fun.

"Now I'd be competitive as well. I turned 50 this year and you know what I'm saying to myself? Just because I turned 50 that doesn't mean I should sit down on the armchair and do nothing. That's when I've got to get out a bit more and start to do it."

Davy Fitzgerald has no hard feelings after Galway GAA opted for Henry Shefflin to be their next senior hurling manager.