On this day: Robbie Keane and Damien Duff make Ireland debuts against Czech Republic in 1998

DARYL HORGAN, John Egan and Conor Hourihane missed the chance to make their debuts against Wales last night but 19 years ago today, six players pulled on the green of Ireland at senior level for the first time.

On Mach 25, 1998, Robbie Keane (17) and Damien Duff (19) made their senior bow for Ireland against the Czech Republic in a friendly in Olomouc. 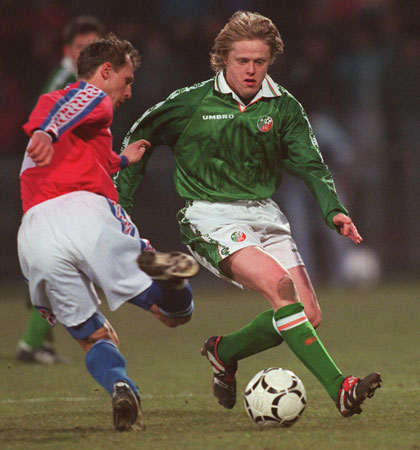 Duff started for the Irish, alongside fellow debutants Mark Kinsella and Alan Maybury, with Keane replacing the latter for the second half.

Rory Delap and Graham Kavanagh were also given their debuts form the bench by manager Mick McCarthy.

Despite an early Gary Breen goal, Ireland lost 2-1 at the Andruv stadium, but Keane and Duff would become two key players for Ireland for over a decade.

Duff won 100 caps for Ireland and scored against Saudi Arabia at the 2002 World Cup, where he was named Ireland’s player of the tournament.

That year he was also named in UEFA’s Team of the Year alongside Ronaldo and Zinedine Zidane.

He was ever-present as the Boys in Green qualified for the 2012 European Championships and won two Premier League titles with Chelsea.

With 68 goals in 146 appearances, Keane became Ireland’s most capped player and all-time leading goalscorer, his most memorable goal arguably his crucial late equaliser against Germany at the 2002 World Cup.

He won three MLS titles with LA Galaxy and played for the likes of Tottenham, Liverpool, Leeds, Celtic and Inter Milan. 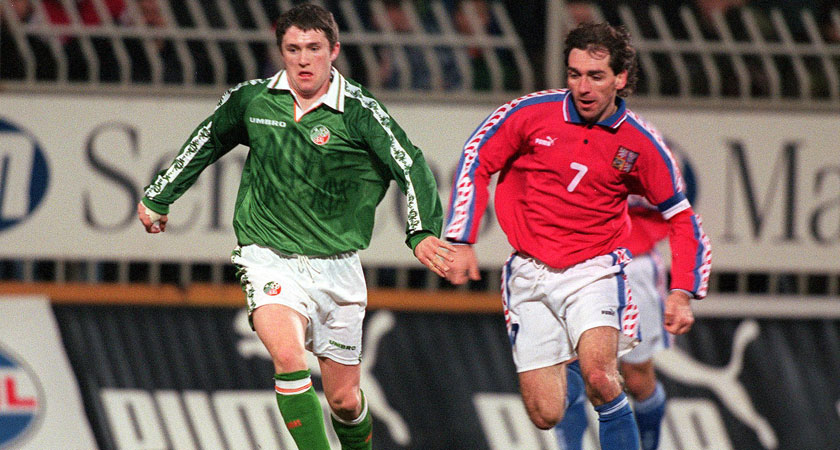