Dessie Farrell was confirmed as Gavin’s replacement by the Dublin County Board earlier this month after weeks of speculation.

The 1995 All-Ireland winner has a tough act to follow, but the move gets Bonner’s seal of approval.

“I know Dessie very well and the enthusiasm and creativity he will bring to that role,” he told The Irish Post. 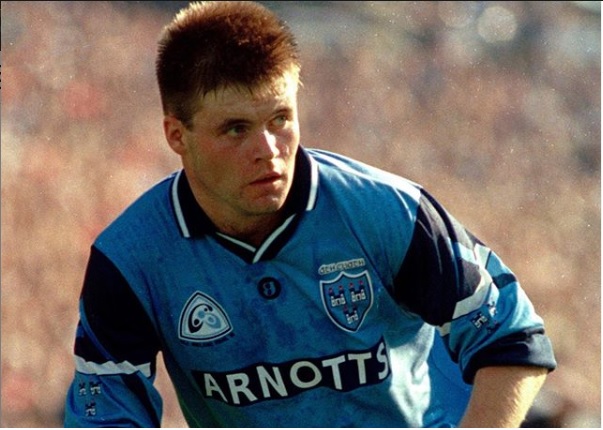 “He’s a very talented individual, so don’t get carried away with any ideas that Jim Gavin’s departure suddenly opens things up for us or will make it in any way easier.

“For us or any other side in Ireland. We aren’t viewing it that way.

“Dublin still possess a phenomenal group of players, most of them in their prime.  And Dessie has the advantage that he has already won things in the game and is known and respected by that group.”

For the Tir Chonaill men 2019 was a year with plenty of merit. They retained their Ulster title with a comprehensive victory against Cavan and there were strong signs that in the All-Ireland that Bonner’s preferred blend of youth and experience is starting to knit together. 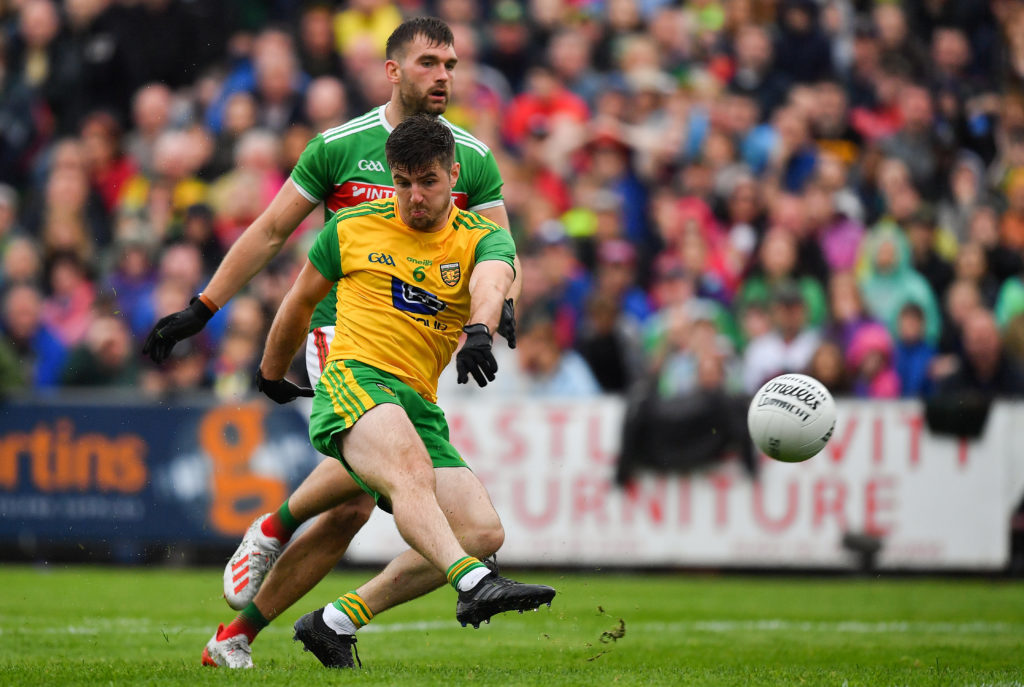 Daire Ó Baoill of Donegal in action against Aidan OShea of Mayo during the GAA Football All-Ireland Senior Championship Quarter-Final Group 1 Phase 3 match between Mayo and Donegal at Elverys MacHale Park in Castlebar. (Photo By Brendan Moran/Sportsfile via Getty Images)

Drawing against finalists Kerry in the Super 8s illustrated they can live with the best, but injuries going into the crunch showdown against Mayo in Castlebar bedevilled them.

“There are a lot of young lads involved in the squad now and we need more to come in and make their mark,” said Bonner.

“They can see a pathway, and if they’re good enough, I have no problem playing them if they are 18 or 19 years of age.  But we need that core leadership to support that, with Michael Murphy, Ryan McHugh and Patrick McBrearty.

“You have to get that blend right, there’s no doubt. I spoke to Stephen Rochford about 12 months ago when I offered him the role and part of the attraction for him was the young talent we have here and the chance to work with that. Don’t forget, Stephen gave up management to come into a coaching role.

" He’s been well received by the players. The players know why he’s there and the fresh approach he can bring."

Bonner  added: “It’s a group effort with Karl Lacey and Gary Boyle. There’s a really good group of people behind the team doing a lot of the unsung work.

“We’re just going to concentrate on our end of things. We’ve won two Ulster titles back-to-back but came up short in the Super 8s, so that’s what we’ll be looking to put right this year.

“But it’s getting harder each season.  We know we have a good group of people.

For me, Dublin are still the benchmark and I expect that to continue  Five in a row in any era would be a phenomenal achievement, but at a time when the standards are so high across Gaelic football, it’s incredible.”