England vs Ireland: Defeat is no option for both nations ahead of Twickenham encounter

WHEN Ireland’s Joe Schmidt and England’s Eddie Jones go head to head at the apex of this year’s tumultuous Six Nations championship, both southern hemisphere coaches have a lot to lose and plenty to prove.

For Kiwi Schmidt it would mean four high profile test matches without victory and a vertiginous fall from grace for one of the most lauded coaches in the game. For Aussie Jones it would derail the English chariot that has been picking up considerable momentum since he took over the reins and burst the goodwill bubble for one of the most talked about – and talkative, when it comes to mind games – masterminds in British sport.

For both, it’s a chance to exercise painful demons and shake off lingering hangovers from a World Cup that promised so much but delivered mostly heartache. With the British and Irish Lions tour to New Zealand less than 18 months away, it could also be viewed as an early audition for who will push Wales’ Warren Gatland closest for the coveted head coaching role next year.

Defeat is unthinkable – yet the prospect of tasting it at Twickenham has left a sickly flavour in Ireland rugby’s throat since the final whistle sounded at the Stade de France. The injury list, leadership, front row, aerial tactics and even their previously impeachable head coach have all been put under heavy scrutiny, from both media and opponent.

Jones, gleefully embracing the arrogant label English teams were perceived to have pre-Stuart Lancaster, has been quick to stoke the fire, albeit through a veiled compliment.

“They kick 60 per cent of their possession,” he said of Ireland’s aerial threat. “If we can win that Aussie Rules battle, we will go a long way to winning the game. Ireland are a clever side and one of the best-coached sides in the world. They’ve decided to go that route; it works for them. Far be it from me to criticise it.”

England’s veteran coach might be shifting the spotlight onto Schmidt but he’s also revealed his genuine concerns for his first match in front of the Twickenham debentures. 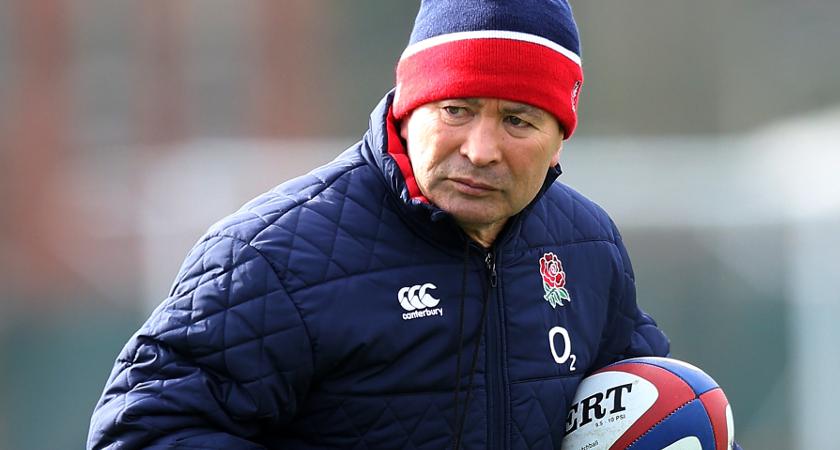 That day the English plan was to get outside Ireland’s midfield and expose their flanks, much like Argentina did to brutal effect at the World Cup. Fast-forward 12 months and the script is pretty much the same. England will attack the outside channels with Jonathan Joseph in red-hot form. Sexton and Murray will put boot to ball. Sweet Chariot will be sung heartily. Guinness will be chugged merrily.

If Ireland are to swallow a painful defeat, they can ease the agony by accepting history and the unpredictable nature of the Six Nations championship were always standing in their way.

Before the defeat in Paris, Ireland had won their last three against France in all competitions but not won more than three in a row against Les Bleus since 1928. And the greatest recent anomaly in the tournament has been Ireland’s consistency.

Before Schmidt arrived Ireland finished second bottom in 2013. In the three years before that they’d only mustered two third-place finishes and one second. With the loss of Paul O’Connell and an extensive injury list this season was always going to be a transitional one.

At least, that’s what you can tell yourself as you rake over the result after the final whistle. But instead of murmurings of discontent and a lack of style the Irish need to embrace their strengths – an ability to put opponents under pressure through one of the finest half-back pairings in the game.

A direct approach is never called into question when it delivers results – just ask any supporter of Leicester City football club this season. Fullback Rob Kearney said as much last week.

“Sometimes you have to play to your strengths,” he said, responding to Jones’ comments about Ireland’s kicking game. “It is a template that has worked in the Six Nations over the last couple of years. It’s won us two championships back-to-back.”

This week Ireland’s loosehead prop Jack McGrath epitomised the siege mentality that will be required come Saturday. “Everyone in Ireland would give their left arm to be there or play there – they’re your real rivals. I’m really looking forward to it.”

So what does McGrath and Co. need to do to come Saturday afternoon? First of all, the Leinster man will have to sure up a creaking Ireland scrum. The towering Devin Toner will have to use every inch of his 6ft 10in frame to unsettle the English lineout that was misfiring against Italy. 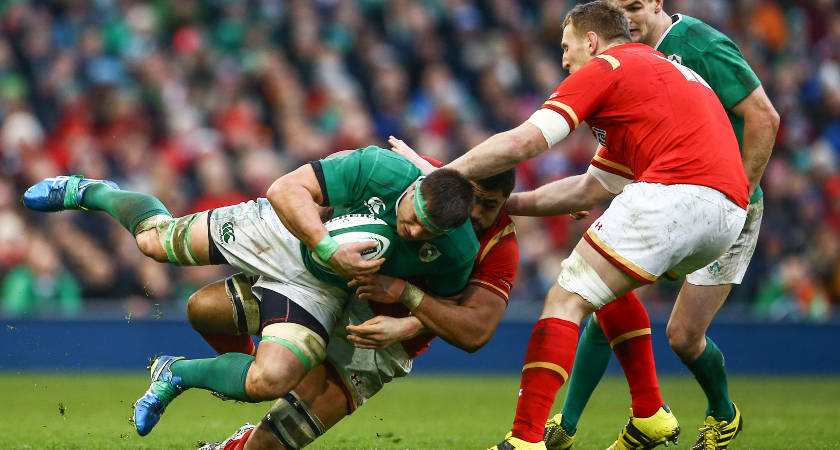 CJ Stander is set to battle with England's Billy Vunipola [Picture: Inpho]
Jamie Heaslip and the in-form CJ Stander will be tasked with shackling the barnstorming Billy Vunipola. Henshaw should target England fly-half George Ford who has coughed up two interceptions and try-scoring opportunities to Scotland and Italy in the past two games. And Murray and a clear-headed Sexton should dust off their pinpoint kicking game to hem England back deep in their own half.

That’s the technical side. Mentally, Ireland need to remember how recently they were flying. The humbling to a rampant Pumas has left deep, painful grooves on the Irish psyche. But not so long ago they outmuscled a motivated France in the group stages. Before that they outmanoeuvred a confident England in the Six Nations. When Ireland won in 2015 they did so despite a loss to Wales. This year they've bettered that result, taking a point in Dublin.

Three wins on the bounce and the top spot is well within Schmidt's capabilities. Rugby HQ has already been plundered twice in the past six months after all. The Triple Crown might already have gone, but a much more impressive triple is still there for the taking.