EURO 2020: When does the tournament start and how can I watch it?

EURO 2020 is almost upon us and despite the fact that Ireland failed to qualify, there's still plenty to look forward to.

Firstly, while it still might be a bit of sore point for some, there are a number players at the tournament who represented Ireland at youth level.

Secondly, the tournament is a fairly open one this year, without a standout hot-favourite. France - the reigning world champions - are probably the safest bet, but they're also in the so-called 'group of death', so - as is usually the case with international tournament football - anything can happen.

So, if you're wondering when it starts and where you can watch all the action, look no further.

Wales take on Switzerland the next day and England will face Croatia in their opening match the day after.

In Ireland, all matches will be shown live across different RTÉ channels.

In the UK, matches will be shared between BBC and ITV.

In the US, matches will broadcast live via ESPN and Univision.

Where will the matches be played?

EURO 2020 makes history as the first international tournament to be hosted in multiple cities. Countries have co-hosted the event before, such as Holland and Belgium in 2000, and Austria and Switzerland in 2008.

This year however, 11 cities will share hosting duties. It was was set to be 13, but Dublin was removed from the list for failing to guarantee fan attendance due to Covid-19 restrictions, and Brussels lost out due to delays in building a new stadium.

Both semi-finals as well as the final will be held at Wembley Stadium in London.

The tournament will run for a month, from June 11 to July 11.

Who are the favourites?

As mentioned before, France are one of the big favourites, having won the 2018 World Cup in convincing style and with a squad brimming with world class players such as Kylian Mbappe, N'Golo Kante, Paul Pogba and Antoine Griezmann, they're probably the most likely team to run away with it, just as they did three years ago.

England (we're sorry to say) are currently the bookies' favourites. However, their history at major tournaments suggests that this is something to be taken with a pinch of salt. However, they did reach the semi-final of the World Cup three years ago, and English sides are currently dominating European football if Chelsea's victory over Manchester City in the Champions League final is anything to go by. So, you don't have to place a bet on them, but maybe don't bet against them just yet.

Belgium are still waiting to take full advantage of their 'golden generation' of players in what could be their final opportunity. Eden Hazard, Kevin De Bruyne, Romelu Lukaku and co likely won't get a better chance to win a major international trophy, and after finishing third in the 2018 World Cup, they'll be optimistic.

Elsewhere, defending champions Portugal have the best set of players they've had in nearly 20 years, and betting against Germany has never been a smart idea. Italy and Spain have somewhat weaker squads than usual going into the tournament, but have recent histories of winning trophies and reaching finals, so you never know.

For any more information, UEFA has provided us with a very handy graphic. Enjoy! 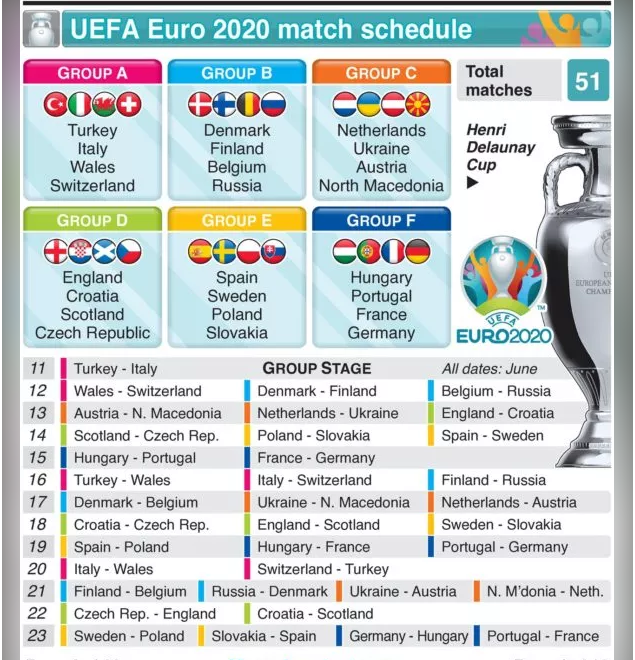 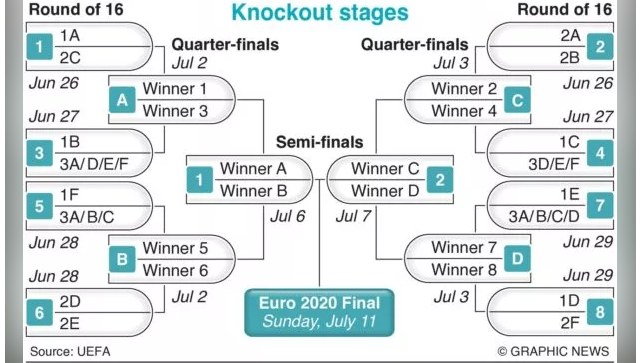