Seamas Keogh of Republic of Ireland during a UEFA U17 European Championship Finals press conference at the CityWest Hotel in Saggart, Dublin. (Photo By Seb Daly/Sportsfile via Getty Images)

Former Sligo Rovers youth and Republic of Ireland under-17 captain Séamas Keogh has signed his first professional contract with Premier League side Southampton.

The midfielder has impressed the management set up at the Saints since making the move from the Bit o’ Red last year has been rewarded with a new two-year deal.

Keogh led his country at the UEFA European Under-17 Championships in Ireland earlier this summer but couldn’t help Colin O'Brien's side move past the group stages.

He joins fellow Saints prospects Alex Jankewitz, Christian Norton and Caleb Watts in signing professional deals ahead of the 2019/20 season. 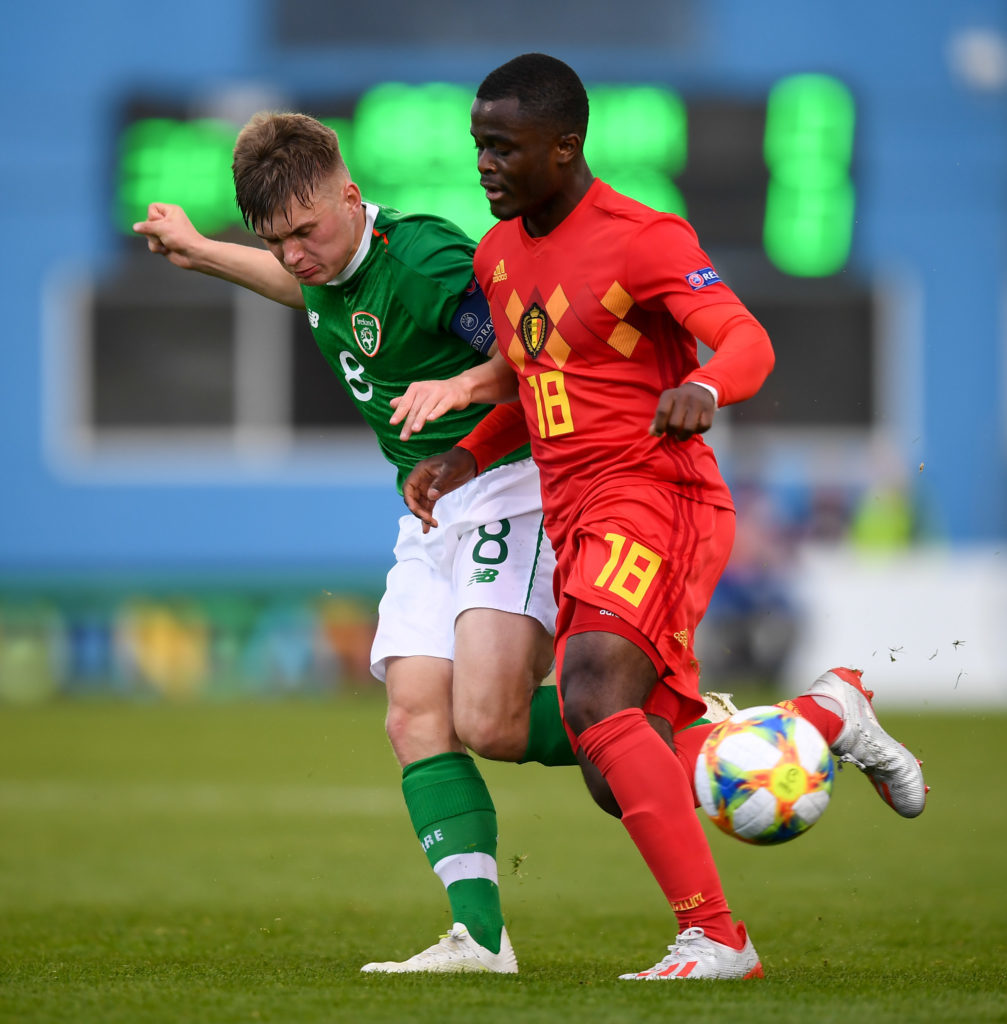 Seamas Keogh of Ireland in action against Chris Kalulika of Belgium during the 2019 UEFA European Under-17 Championships Group A match between Belgium and Republic of Ireland at Tallaght Stadium in Dublin. (Photo By Stephen McCarthy/Sportsfile via Getty Images)

Keogh is one of a host of Irish players in the underage ranks at St Mary’s, with fellow under-17 international Roland Idowu also with the club’s under-18s.

"It's a feeling that I've dreamt of. For any young footballer, the main aim is to get a shot at playing first-team football,” Keogh told the club’s official website.

"There's plenty of young Irish players already at the club and they made it so easy for me to settle here. I want to continue enjoying my football and see where it takes me."

Saints Academy Director Matt Hale said: “All four lads have signed at the club over the last few years and are relatively new to our programme.

“Each player is representative of the club’s extensive work in Talent ID, both domestically and in Europe, and we believe we have identified real talent in these four. Their potential is really exciting.”

The fascinating life and days of Austin Hayes