Birmingham-born Grealish, who represented Ireland at Under-17, Under-19 and Under-21 level, has been at Aston Villa since he was six years old.

But according to Sky Sports, City have lodged a bid of £100m which, they add, Aston Villa are wiling to accept.

The move would be the biggest fee ever paid by an English side, eclipsing the £89m Manchester United spent to bring Paul Pogba back to the club from Juventus in 2016.

Grealish, who this week backed a campaign to save Warwickshire GAA ground Páirc na hÉireann, qualified to play for Ireland through grandparents from Dublin, Galway and Kerry.

And despite playing 19 times for Ireland youth sides and being a keen Gaelic footballer as a boy, he switched allegiance to England in 2016 after a protracted tug-of-war, having never made a senior appearance for Ireland.

Until now he has remained loyal to Aston Villa, staying with them after their relegation from the Premier League in 2016. 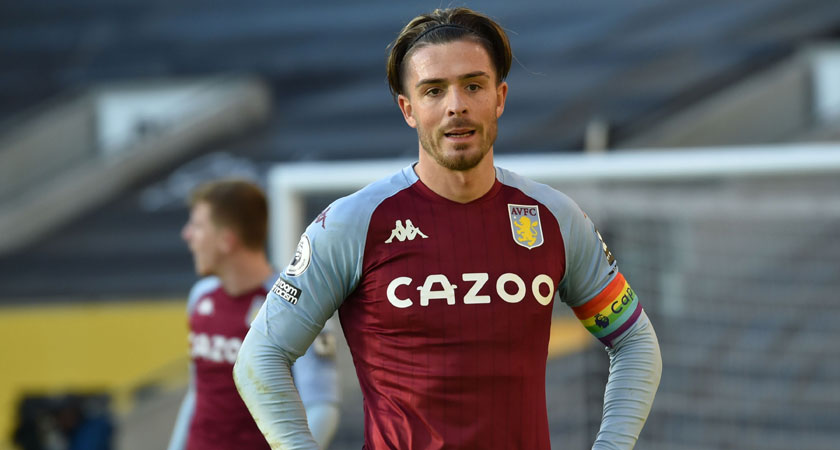 He captained the side as they returned to the top flight three years later, helping them stay up the following season and achieve an 11th place finish last term.

Grealish has missed his club’s preseason preparations, including today’s friendly win over Bristol City, having been given an extended break after his involvement with England at the European Championships.

And despite having reportedly offered Grealish a contract extension to the five-year deal he penned just 10 months ago, Villa’s capture of Emiliano Buendia and the imminent arrival of Leon Bailey suggests they are already preparing for life without their talisman.