THE Westmeath footballers who were involved in an incident where a referee was assaulted and hospitalised have been handed lengthy bans from the game.

Three players involved in the assault of referee Daniel Sweeney received 40-year bans from all FAI activity. A former Mullingar player, who attended this game as a spectator, was banned from all football activity for life. He had already been suspended for a previous incident.

The attack left the match official requiring five hours of surgery to insert plates into his jaw. He faces a minimum  eight weeks of recovery. 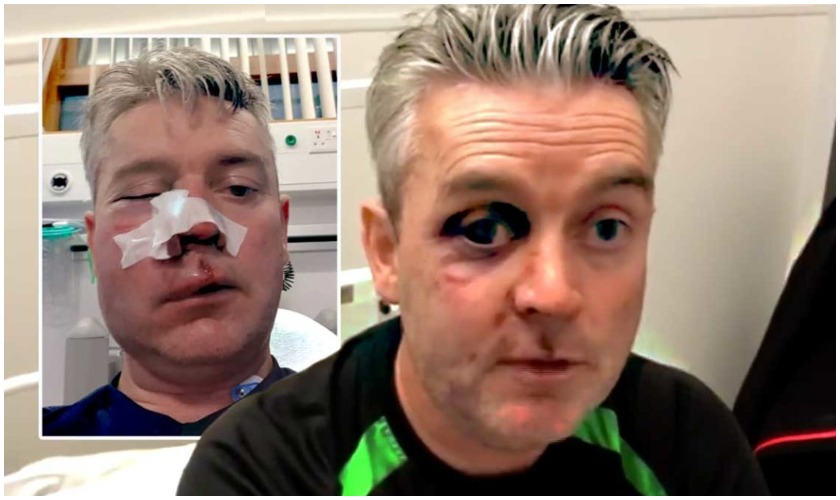 Ref Daniel Sweeney may not make a full recovery for up to two months (Images: Twitter)

"The vicious, unprecedented level of violence directed at Daniel was unprovoked, unwarranted and unjustifiable.

"The incidents that occurred at the end and in the aftermath of this football game are not representative of the magnificent work undertaken by the volunteers in the administration, playing and refereeing of association football in our league or across any of the great leagues under the jurisdiction of the FAI."

In response to the incident, Mullingar Town have been fined €500 -which will go towards the Daniel Sweeney's recovery fund- and must have three match officials in attendance at all their remaining games this season.

The club will also need to meet the CCFL Executive Committee within three months to outline plans for addressing volunteer deficiencies.

Here's the full CCFL statement on the bans for assault of referee. Mullingar Town fined €500 and that money is to be passed onto the Daniel Sweeney recovery fund. pic.twitter.com/HnV1itOmjY

By: Nemesha Balasundaram  -  4 years ago