BRYONY FROST and Frodon returned to winning ways with a typically game performance in the Unibet Silviniaco Conti Chase at Kempton.

The pair created headlines in the Ryanair Chase at last season’s Cheltenham Festival, as Frost became the first female rider to win a Grade One chase at the big meeting.

However, the first half of this campaign had not gone to plan for either, with Frodon disappointing in his two runs and Frost finding winners a little harder to come by.

Adopting their usual position at the head of affairs, Frodon looked a sitting duck as Daryl Jacob loomed up on the favourite Top Notch, with Keeper Hill also not out of it, but the race changed in a matter of strides. 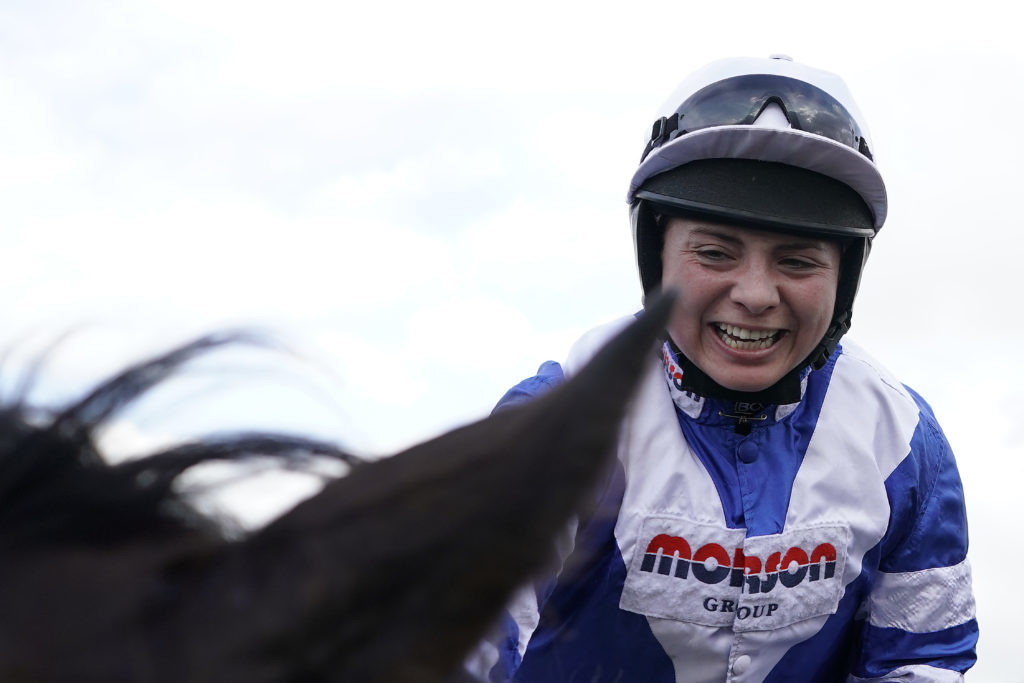 As Frost asked for more, Frodon (5-4) quickened and caught Top Notch flat footed and by the last fence it was Keeper Hill who was the main danger.

Paul Nicholls’ Frodon is nothing if not game, though, and was foot perfect at the last, coming away to win by a length and a quarter.

Frodon was treated for ulcers after his latest run at Haydock and connections were delighted to see him back on form.

With Nicholls on his annual holiday, assistant trainer Harry Derham said: “His ulcers were quite bad to be honest. We had to treat them. That was nice and was a bit more like it today.

Return to the Gold Cup

“He jumped out to the left which wasn’t ideal. We will go for the Denman Chase next, then go from there.

"Paul had it in his head to go to the Denman Chase after this and that is what we will do. He is in the Ryanair and the Gold Cup.

“He is a fairly genuine horse, but he is probably getting a bit cute in his old age as a couple of times he was just flicking his ears.

“Every time one got to him, he kept going. He probably made life a bit hard for himself just shifting out to the left, but it is good to get him back winning again.

“It has not been testing (at home), we just gastroscoped him after the Betfair Chase as Paul felt we were missing something and fortunately that showed up and we sorted that out. He is now back to good form.

“I am of the belief there is more to come from him. I said earlier in the week he is in good nick, but I don’t think he is as good as we can get him and I would like to think as time goes along this season, he will get better.”

Hammersmith will be targeted at the Dublin Racing Festival next following his runner-up effort at Fairyhouse last weekend.

The juvenile filled second place to Wolf Prince in the opening ITM Stallion Trail Hurdle and trainer James Nash reported. “Thank-God I put him in the big race at Leopardstown. I'll let him go there even though he is a maiden. I'd say the better the ground gets the better he's going to get.”