TIR CHONAILL GAELS get their season underway against Thomas McCurtains in Greenford this weekend.

London’s Gaelic footballers face a frenetic introduction to the season with the cup scheduled to wrap up before the start of the county championship on October 10.

For TCG manager Paul Coggins the action can’t start soon enough – and he backs his side to be fit and firing by the start of their title defence.

“It’s great to be back,” he told The Irish Post.

“We’re massively thankful as it looked highly unlikely we would have any sort of season a few months ago. It’s great that we’ve been given the green light. It’s taken a lot of effort from everyone involved.

“We couldn’t really ask for a tougher game first up.  Thomas McCurtains are last year’s intermediate champions; they’ll still be buzzing from that.  And it’s their centenary season.”

He added: “The first game was always going to be tough anyway, but they are a well organised, committed outfit.

“They’ll be training hard and will be looking forward to their first game at senior level against us.

“It has all the makings of a great game and it’s a challenge we’ll meet head on.” 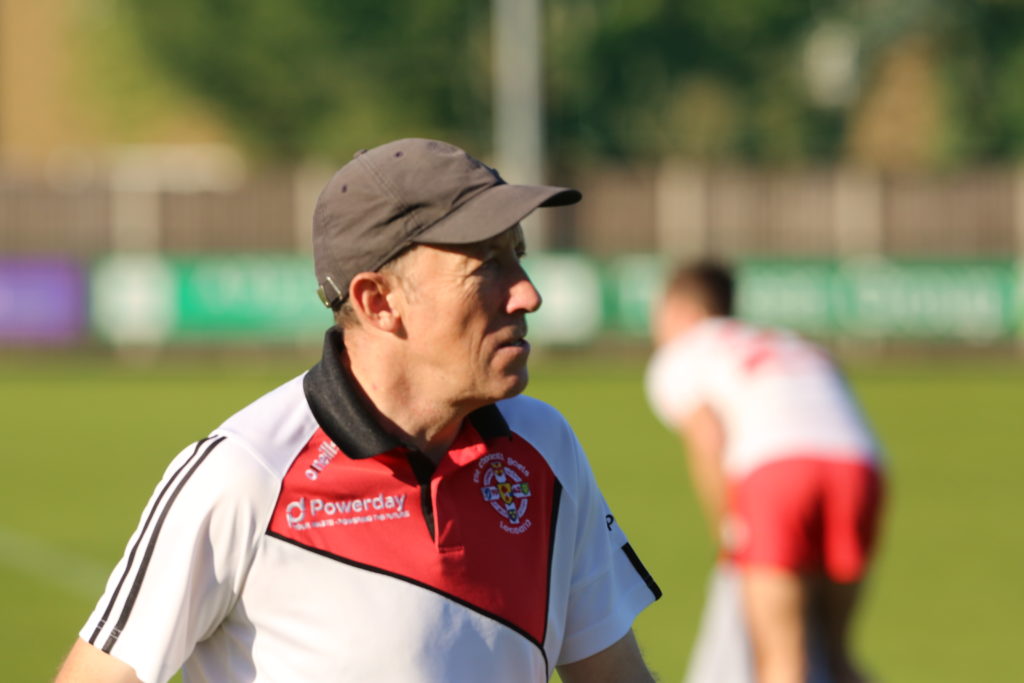 Early proposals for the restart had looked at the possibility of voiding the cup competitions and jumping straight into Championship football this year.

Condensing the fixtures into such a tight timeframe presents a logistical challenge but Coggins believes the right call was made.

“You’ll definitely get two games in a row and if you win your two games you’ll get a third before the championship starts. Depending on how successful you are you’re looking at a minimum of eight games this season.”

Training pre and post lockdown presented its own challenges.

Zoom videocalls were no substitute for dressing room repartee but they played an important part in keeping morale high.

“Most of the players had individual programmes they were working away on,” explained Coggins.

“We would obviously try and help them and monitor it as best we can.  Our lads did their own thing and kept me informed of how they were doing and our strength and conditioning coaches were a great help as well.”

He added: “On a Saturday night we had a few quizzes just to get the group together. We had a lot of good lads at the club who stood up and made it happen in the group. Gavin McEvoy is a great quizmaster, he’s missed his calling.

“It’s never the same as being on the pitch together, but it was a boost for us during that period.”

And he added: “The next few weeks are absolutely vital for football and hurling here. It’s not quite a return to normal but it’s a key stage on the way.”