THE storms of Autumn could not prevent Holloway Gaels and John Mitchels serving up a stormer of a semi-final at Páirc na hÉireann, the North London club finally seeing off the Liverpool challenge to book their place in the All-Britain Intermediate Championship Final.
They will face Parnells in an all-London final, Saturday’s opening semi-final a more one-sided affair with victory over Dunedin Connollys by 3-10 to 0-05.

Saturday was a busy day of provincial action with the Junior Football Championship also at the semi-final stage – for Birmingham’s John Mitchels it’s a return to a final after they defeated Tara in Oxford. 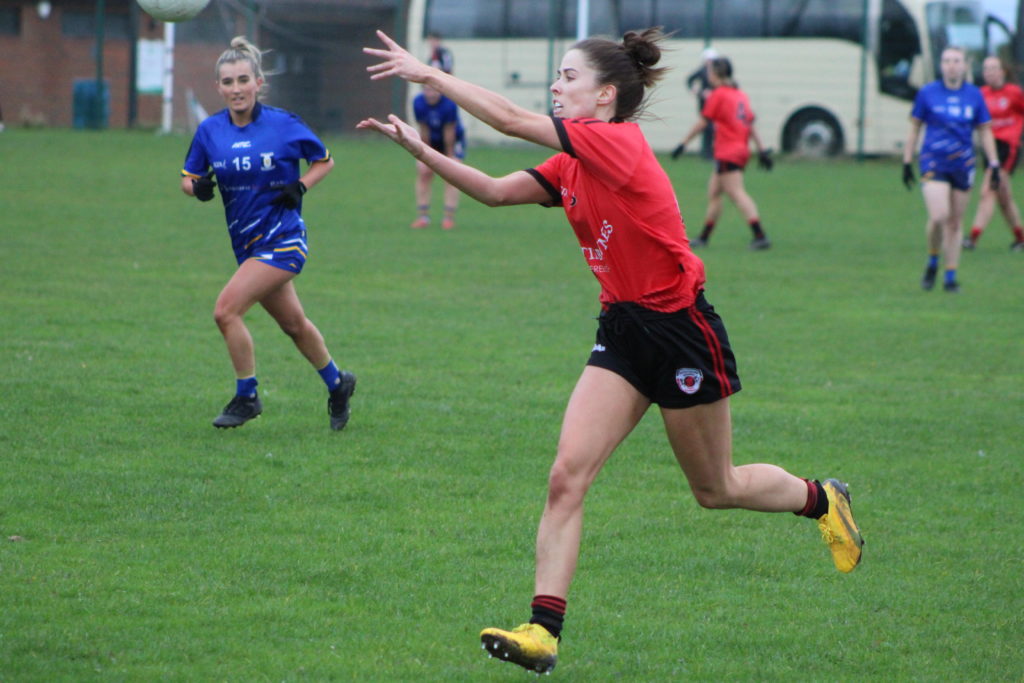 Dara Rice sent Mitchels on their way with an early goal before a double from Ciara Desmond ensured progression for the Warwickshire Champions by 3-09 to 0-11.

They will now meet Tír na nÒg, Newcastle in the final after their 4-12 to 4-05 victory over St. Colmcille’s in the other semi-final in Leeds.

A full-blooded game in Birmingham saw Holloway Gaels and John Mitchels Liverpool go toe to toe for the right to a spot in this season’s final, the Lancashire club starting the brighter with Caraigh McGuinness opening the scoring.

Throughout the afternoon Holloway’s full-forward Caroline McCarthy was hugely influential and in tandem with Marian O’Donnell they opened up a lead, Laura Roberts replying for Mitchels with a free. 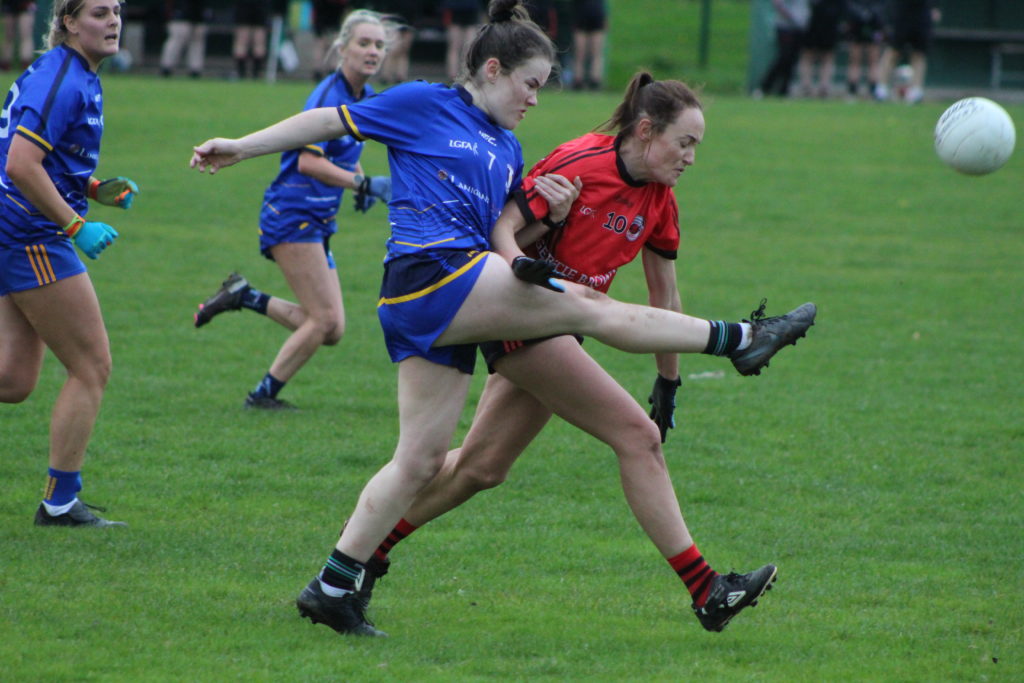 Indeed the full-forward came close to grabbing the first goal when mayhem in the Holloway goalmouth resulted in Roberts hitting the woodwork.

At the other end Rosemarie Dullea was denied a goal by a fine Shona McGonigle save but further points from McCarthy and O’Donnell extended the Holloway lead.

Yet just before the interval, Mitchels countered swiftly to create an overlap at the back post where Danielle Farrell made no mistake to fire the ball beyond Aisling Clifford.

With three between them at the change of ends, Holloway Gaels went back on the attack with two quick scores only to be pegged back by a determined Mitchels and their creative spark Aishleen McGuinness.

The Moville forward scored one and set up her side’s second goal as Danielle Farrell cannoned one in via the crossbar. 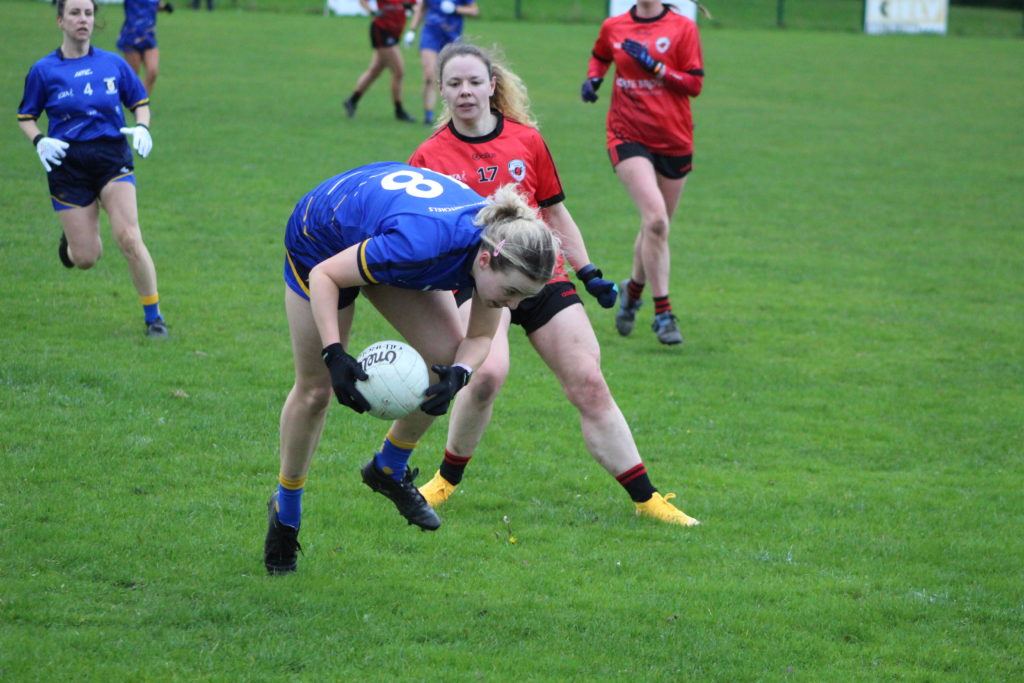 Caraigh McGuinness stoops for the ball for John Mitchels

The gap was now one point and the game firmly in the melting pot going into the final quarter.

Cliona Twohig landed two scores (one free) that were cancelled out by two Mitchels points from McGuinness and Shauna Stevenson, the latter clipping the bar with her effort.

This rollercoaster game needed something decisive to end it and again it was McCarthy who spurred Holloway on, racing through downfield and taking a serious bump from Aoibh Faulkner in the process to release O’Donnell who created enough space to find the far corner of the Liverpool net.

It was a goal worthy of winning a brilliant game of football between two fully committed teams. It also means Holloway Gaels advance to play Parnells in this season’s Intermediate Championship Final.

Player of the match:
Caroline McCarthy (Holloway Gaels)
A constant driving force ‘Car Mac’ was instrumental for Holloway Gaels throughout, showing her courage in setting up the winning goal late on.