GAA managers for dummies, by dummies

HELLO, I’ve never seen a game of Gaelic football or hurling before, but I’m thinking of getting into these sports.

I don’t want to appear uninformed to my new GAA friends down the pub so I’ve trawled through the print, radio and TV analysis from the past few years on some of the sports’ famous managers. I’ve also checked out some web forums, blogs and kept myself plugged into social media.

I’ve posted my findings online in case you too are a newcomer who wants to appear like they know their stuff – maybe you’re one of the millions of new fans who watch on Sky in Britain.

Ultimately, it doesn’t matter who you are. Here is my online resource – gathered from the experts – for you to educate yourself with. 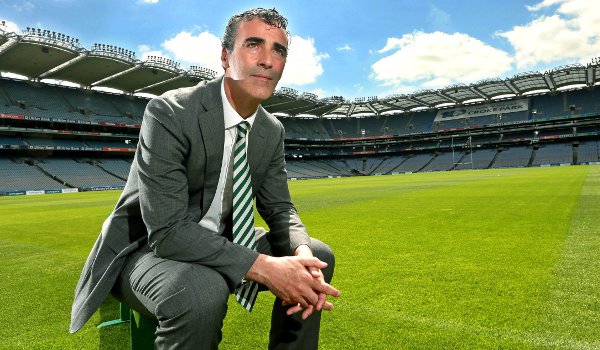 Jim McGuinness
Purveyor of the most horrendous style of pure-grade puke football. Tried to ruin the game as a spectacle and his side’s All-Ireland semi-final defeat to Dublin in 2011 caused Joe Duffy’s switchboard to give off smoke. “14 men behind the ball Joe, that’s not sport!”

Revealed himself to have a genius of the level hardly anybody could even fathom in 2012 when The System combined attacking flair with a steel defence to beat everybody. Could any team from any era defeat The System? Unlikely sir. McGuinness was by now greater than the past, present and future of football combined.

This clueless fanatic and his team had punched themselves out by 2013. Routed by the same Mayo that they had beaten in the previous year’s final, by now it was clear that the McGuinness doctrine demanded military devotion from his players and that was something no human being could give for more than two years. Good as the System was, it was unsustainable and was never going to last. Should have gone then.

Absolute evil genius of the century who used The System to perfect effect to see off the ludicrously over-hyped Dubs in 2014, after spending most of the year keeping his powder dry. Kerry will be next to be confounded by his IQ of 282.

If the wily Kingdom do find a way to win, it will be proof beyond doubt that The System is not an enduring approach and is now only suitable for the occasional ambush. (Editor’s note: let’s prepare two templates for the final please guys, one with a headline ‘System failure’ and the other with ‘You can’t beat The System’, get to it, go-go-go) 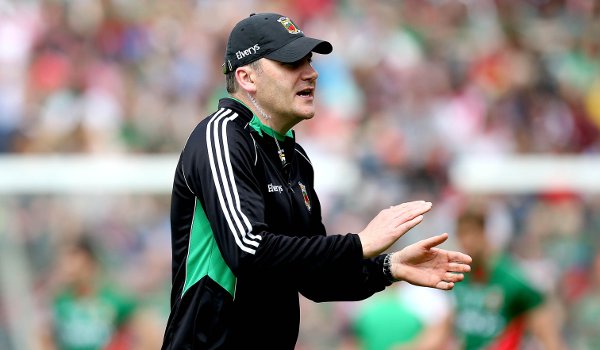 James Horan
Fresh voice who improved the Mayo team beyond all expectation. They were losing championship games to Longford when he took over but during his four-year tenure they three-times knocked out the All-Ireland champions in Croke Park and reduced their century-old rivalry with Galway to a warm-up tie on the way to bigger things.

They got to within a kick of winning Sam and - but for some poor calls from officials - his players could have had at least two Celtic crosses each by the end of 2014.

His failure to unearth another stellar forward, a hitherto unheralded Peter Canavan or Larry Tompkins toiling away in the Mayo Junior C championship belies a lack of vision. And if he couldn’t find a Canavan then at least conjure another three Cillian O’Connors to share the scoring spread and get them over the line for the first time since 1951.

Nevermind his extraordinary win percentage, the manner in which his team dug out wins like against Roscommon and Cork when not playing well, the way they hauled back Kerry with 14 men, they way they kept pace with 16-man Kerry the next week, the way they filleted Donegal and Galway in 2013. Ultimately Horan didn’t quite have what it takes to reach the top. Had to go. Good guy though. 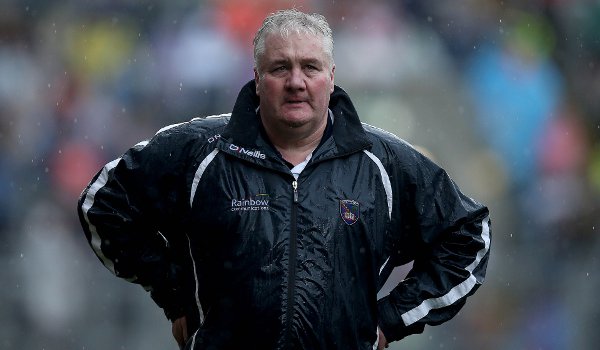 'Paul Grimley proved himself to be overly idealistic'

Paul Grimley
A revolutionary thinker on the game; up there with Mickey Harte and Joe Kernan as brightest brains of Ulster football.

Shepherded a callow Kieran McGeeney through the early days of his Kildare tenure. Did you see those cross-field passes and turnovers? Pure Grimley. Some poor results after he left Geezer to it underlined the fact that he was the real smart lad behind the Lilywhites’ improvement.

Proved himself to be overly idealistic and lacking the nous and temperament necessary to succeed in modern football as Armagh manager. Had to go. 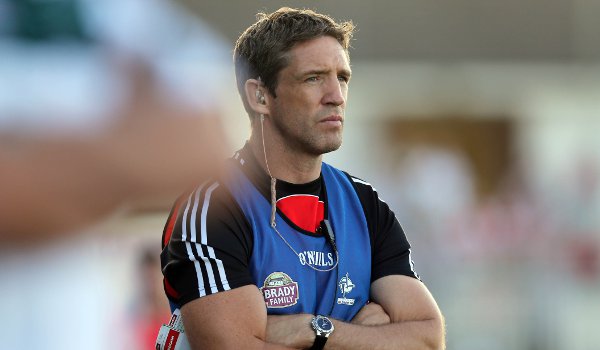 'Kieran McGeeney is the right man to take Armagh forward'

Kieran McGeeney
Gaelic football’s Roy Keane brought his intensity and intelligence to bear at Kildare, turning them from a side that was getting thrashed at home to Louth in the qualifiers to perennial All-Ireland quarter-finalists and, in 2010, semi-finalists.

The fact that the Lilies never made the next step to a final or at least win a Leinster showed that it was time for him to go and make way for a fresh voice, who could lead them to the last 12.

Armagh’s improvement this season is solely down to McGeeney. Have you seen those cross-field passes and turnovers? Pure Geezer. He is the right man to take Armagh forward. 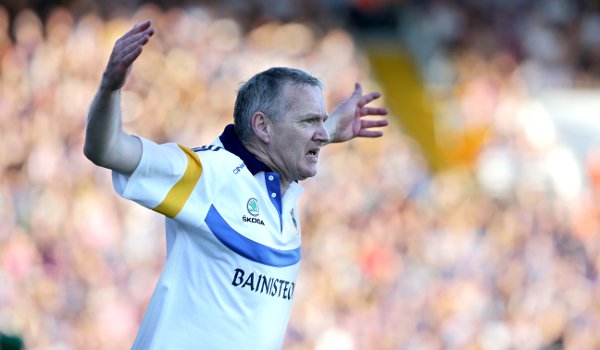 Eamon O’Shea
The genius coach was the key voice in Liam Sheedy’s successful management team of 2010. His taking over the reins from Declan Ryan would signal a return to the free-wheeling, high-scoring, ass-whooping days of 2009/2010.

Was totally out of his depth as the Bainisteoir, his team spineless and clueless in defeat to Limerick earlier this summer.

Steady improvement culminating in a carpet bombing of a fancied Cork team in the All-Ireland semi-final showing O’Shea to be a man at ease in the Bainisteoir’s bib.

The professor will go on to outsmart Cody in the final demonstrating that it’s the quiet, contemplative managers who get the job done and that Cody was once great but is now yesterday’s man. Otherwise Cody will win, proving his status as the greatest manager of all time who should never retire, ever. 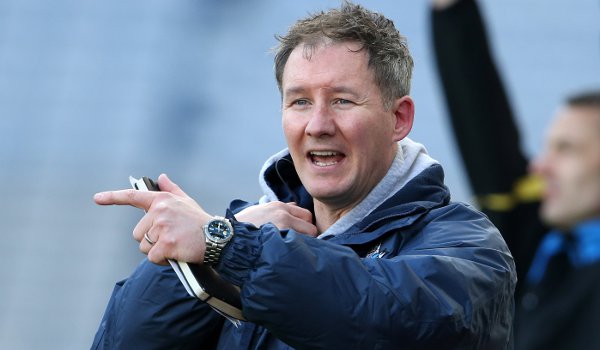 Jim Gavin
Calm. Confident. Positive. Searingly intelligent. No histrionics from Jim, he just sits in the dugout next to D’Arcy serene in the knowledge that there is no point in jumping up and down on the line, roaring the odds. His job is already done.

He has sent out a group of players – the most skilful, the most muscular, most handsome, most attack-minded of all time – to wallop in a load of goals and pick off points at will. So what if they miss three sitters in every half, plenty more chances where they came from.

Will probably win every game from now until eternity and it’s probably not really fair that the other 31 counties have to play Dublin, what with their resources and playing numbers and their tireless work at underage level, which makes all previous attempts at coaching kids look clumsy and quaint.

Really, they should give up Gaelic football before they, and we, get totally bored. Instead, play the All-Blacks at rugby one week, the Seattle Seahawks the next Sunday. Then Paul Flynn can enter the US Masters and show McIlroy a thing or three about length while Clucko wins the Snooker over in Sheffield with back to back 147s.

What the b******s was he thinking against Donegal? It was tortuously evident that there was a weakness at the heart of the defence. Why the f*** did he not play a sweeper there? Did he seriously expect to just keep on winning with his all-out-attack policy? What is this, the playground at big break? Spurs under Ossie Ardilles in 95? Naïve Jim, seriously Naïve.

And as the goals were flying in past Clucko he just sat there sipping his water like he was next to a swimming pool in Santa Ponza. Do something at least, you’re playing The System here you arrogant arse! Flynn and Connolly’s point from distance early on where papering the cracks. That was never going to last 70 minutes. As soon as Donegal turned the screw it was panic stations, because THERE WAS NO PLAN B.