Joshua was sensationally dumped to the canvas four times by the Mexican American in a fight that sent shockwaves through boxing.

Cooney wasn’t as shocked as many onlookers, but he says AJ can come back to dominate the division – if he heeds the lessons from that night in Madison Square Garden.

“You often learn more in defeat than victory,” Cooney told The Irish Post. 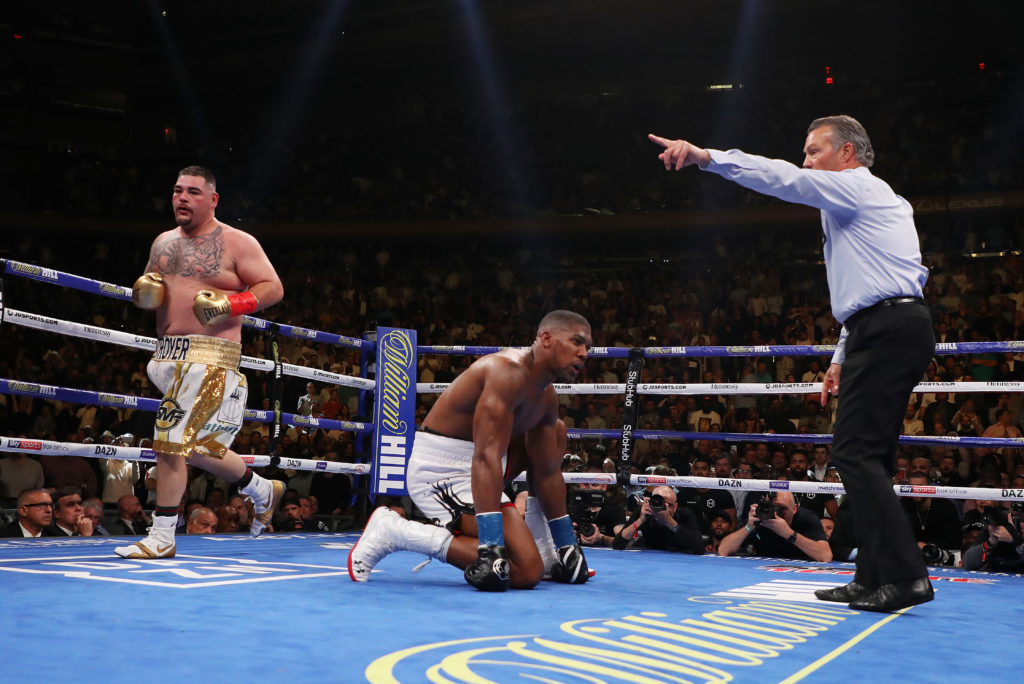 Andy Ruiz Jr knocks down Anthony Joshua in the seventh round during their IBF/WBA/WBO heavyweight title fight at Madison Square Garden on June 01, 2019 in New York City. (Photo by Al Bello/Getty Images)

“I gained so much experience in my one fight with Larry Holmes. He was unbelievable. I learned everything in that fight. How smart he was, how he moved, how he set you up. It was an education.

“Holmes is in a different league to Ruiz, but there are still lessons there for AJ.

“I did warn people before the fight. I predicted Joshua would stop him late, but Ruiz can fight. He’s going to test him and we’ll learn a lot more about Joshua. We probably learned a little more than we wanted to.

“It’s still all there for AJ. You lose a bit of that aura when the unbeaten record goes. Does he have the hunger and determination to come back from this? We’ll soon find out.”

Mention of that legendary Holmes fight brings mixed emotions for Cooney. He was a Madison Square Garden favourite at the time and had demolished former WBC champion Ken Norton in under 54 seconds in his previous bout in 1981.

But more than a year had elapsed between that fight and the World title shot with Holmes, and he admits he went in undercooked.

“Don King wouldn’t give me anyone to fight. Because I wouldn’t sign for him. He had everybody on his books back then apart from me. So he was keeping me out for as long as he could. He was a nightmare to deal with, but I don’t know who was worse, him or my management team at the time. All they cared about was money. I needed that extra experience before facing Larry.

“Larry has even told me that if I had a couple of more fights before we fought, he would have been in trouble. The fight went 13 rounds and was good enough to earn a rematch. 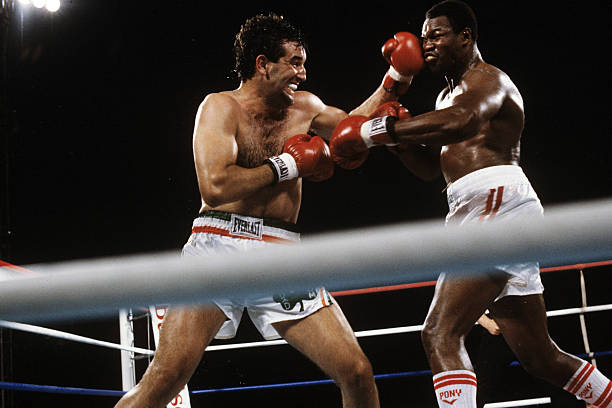 "But he’s one of the greatest fighters in history and I’m glad I got the chance to go in with him.”

That loss is often seen as the catalyst for Cooney’s decline, with drink and drugs ultimately curtailing a career full of promise.

But the 62 year-old New Jersey native traces it back earlier.

“The night I fought Kenny Norton – my career ended that night," he said.

“That was the night I started to drink heavily. That’s when the fear really kicked in. Was I really good enough to belong at this level? Could I make it? So alcohol filled that hole.

“Working on my book made me revisit a lot of those places. It was tough, going over those events and events from my childhood after so long.

“I kept my money. I’ve got a great wife and three great kids. It’s been a great trip. I've made some mistakes, I wish I could have done some things differently.

“But I do honestly believe, had I beat Holmes that evening, I wouldn’t be here with you today. Life was going so fast for me at the time. As angry as I was at the events back then, looking back, it needed to play out the way it did."