ARTUR BORUC has played for his home-town club, his country and his family’s future.

He spent two years in Serie A and is currently in his second season in the Premier League. So it is not as if his CV is patchy.

He has achieved plenty — winning a Polish title with Legia Warsaw before being Poland’s outstanding performer in the 2006 World Cup and at Euro 2008.

But as we spoke in the belly of Poznan’s Municipal Stadium a few weeks ago, it became clear that his five years at Celtic overshadowed everything else.

“I still miss Glasgow,” he said.

“Well, apart from the weather part of it. One day, I want to go back there to support the team, especially for a Champions League match. Playing in those games, plus the Old Firm ones, are memories that will stay in my heart forever.

"They are different to anything, anywhere else in world. The stadium under lights, the noise, the passion, the atmosphere. Nothing else compares.”

Given how he has so much to compare it with, that’s quite a statement.

Then again, the five years Boruc spent in Celtic Park were all about making statements, most of them on the pitch, one of them off it, when the Strathclyde Police asked him to explain his actions in front of the Rangers supporters at an Old Firm game.

Boruc’s gestures included making the sign of the cross, hardly the worst crime a footballer has ever committed yet it served to antagonise one half and endear him to the other side of the Old Firm divide.

If only the controversy stopped there. But it didn’t.

Having established himself as a keeper whose technical excellence was matched by his imposing personality, Boruc was beginning to believe his hype when he decided to go for a night on the sauce in 2008.

Memories of the penalty saves against Manchester United, which secured qualification for the last 16 of the 2006/07 Champions League, and the shoot-out stops against Spartak Moscow a year later, had faded by the time he breached the club’s drinking policy in a pre-season trip to Holland in 2008.

He hadn’t learnt his lesson.

Celtic fined him nearly £50,000 but within the same month he was on the town again, this time with two Polish teammates, after a friendly against Ukraine, resulting in Leo Beenhakker suspending him for two games.

And from the next two years a decline set in – mistakes for Celtic ultimately resulting in his departure to Fiorentina, another breach of discipline causing Beenhakker’s successor, Franz Smuda, to banish him to the international wilderness.

Now he’s back, though. Despite his lifestyle issues, he became first choice in Florence, although it was telling that they did not offer him a new contract when his original deal expired. 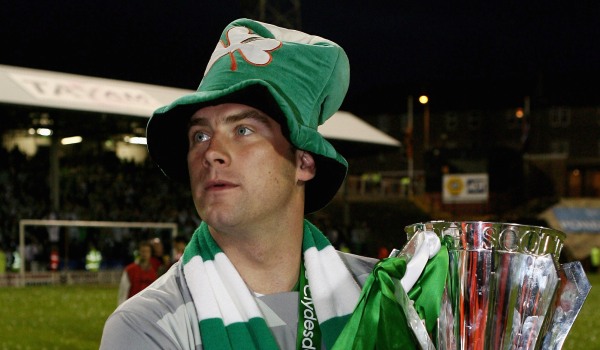 Southampton were equally as mistrusting. For Nigel Adkins, a one-year-contract was as far as he was prepared to push it.

And when Boruc lived up to his maverick persona by sarcastically applauding the home supporters who were criticising him during a match against Tottenham, prior to throwing a water bottle at them, his future seemed uncertain.

But he has a habit of bouncing back. There is a mental strength there — forged, he once said, by the economic harshness of his youth.

“We knew football could bring wealth that I could never otherwise have imagined,” he once said.

So he reclaimed the trust of Adkins and gradually of Southampton’s fans. It helps of course that the team is successful, their adventure under their Argentinean manager, Mauricio Pochettino, taking them into the top six.

“When you work hard, play well, and have a proper attitude, things can happen for you in this game,” he said.

“The spirit among us all has been fantastic all season. It didn’t turn around that quickly under Mauricio but we constantly worked and worked. And we’ve done well although the next couple of months will be crucial because that is when we play the top teams.

"If we do well in these games, then who knows?

“In this game you have to dream big and if you do and you adhere to the view that belief is a big thing in footballers lives then anything can happen. We work hard first of all.”

For many, Boruc is hard work. Some view him as charismatic, others arrogant.

Yet, given the position he plays, he knows he is one second away from humiliation, something that visited him a month ago when Stoke’s keeper, Asmir Begovic launched a long clearance that bounced over his counterpart’s head and into the net.

The humble manner of his response showed a gentler side to his personality.

“You have to front up to these things,” said Boruc. “I made a mistake but I had to put it out of mind and get on with the rest of the game.

"We got a point in the end.  I don’t want to remember the incident anymore. I made a mistake. I apologised to my team mates and also the supporters. We had our problems in the beginning but things are better now.

“You have to remember that the life of a goalkeeper is not always a beautiful one. You have to take the rough with the smooth.”

Having done so, and re-established himself as Poland’s number one, he was in chirpy mood in Poznan and generous in his assessment of the new-look Ireland.

“They’re a good side, a bit like Celtic were, going away from home and battling hard for points.

"Their spirit is brilliant. I love that battling attitude, that desire to play for the shirt, for their country. They will do well under their new management.”

At just 21, Jayson Molumby has a massive decision to make