The 2018 winners had battled back from a six point deficit at the interval with Gavaghan leading the way during a frenetic opening to the second period.

Owen Mulligan's Fulham Irish had taken control early on thanks to a Marty Hughes goal and Liam Staunton's accuracy from frees.

But TCG hit six unanswered scores straight after the break to turn the momentum in this game. 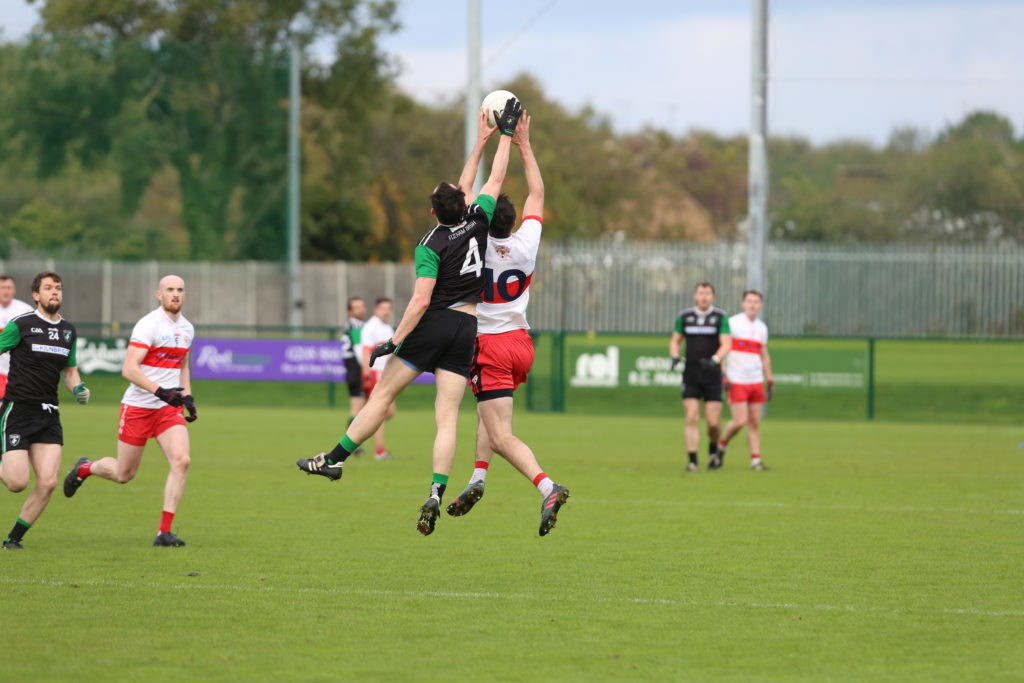 Gavaghan struck first with a free from close in and then neat interplay sent Kevin Rafferty away moments later and he hit an unstoppable shot past Andrew Walsh in the Fulham Irish goal.

Further points from Gavaghan and Brian Mullin edged TCG ahead, but substitute Peadar Friel gave Fulham fresh attacking impetus and his two points dragged Fulham back into the contest.

Last year's final between these two sides went to a replay and this looked the most likely outcome again until Gavaghan's late intervention.

He spurned a clear goal chance just before the end of normal time, as Anthony McDermott's ball inside sent him racing  past the Fulham backline.

But one on one with keeper Walsh, he opted for one point instead of three and fisted the ball over the bar.

That could have proved costly, but deep into injury time, TCG were awarded the free and Gavaghan nailed the resulting kick from 45 metres to seal one of the most dramatic county finals in years.

Manager Paul Coggins revealed he was tempted to make wholesale changes at half time after a sluggish start from the holders.

“There was no hair dryer treatment at half time, I’m too mellow for that now,” he told The Irish Post. “I was disappointed, but I could see they players themselves were disappointed and the answers had to come from them. 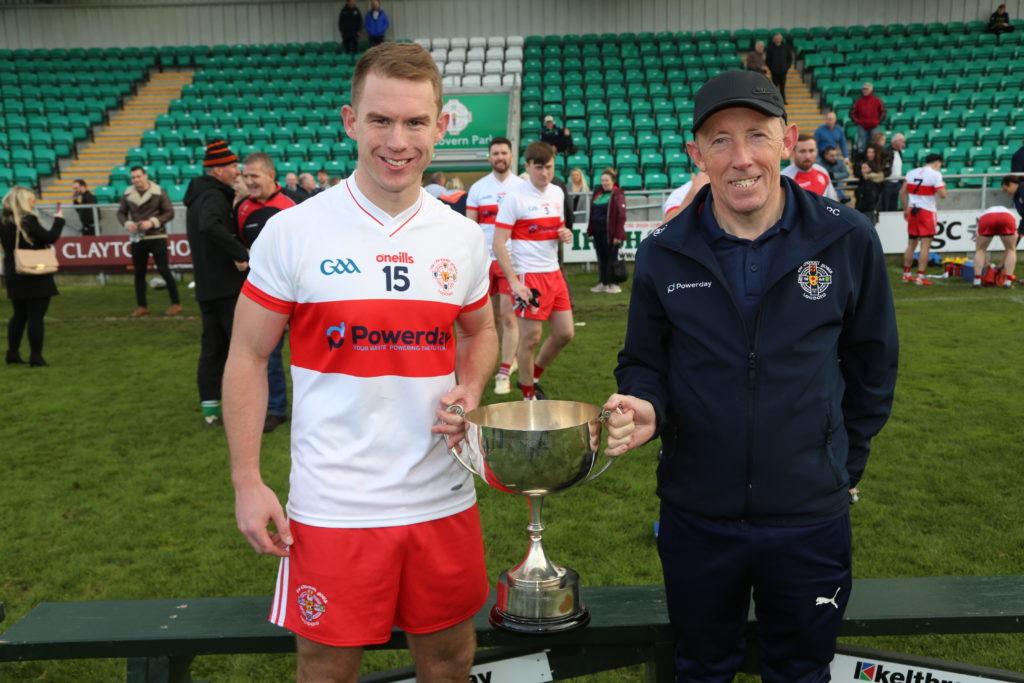 “I was seriously thinking about making four changes at half time. But we were kicking with the breeze in the second half so I decided to wait and see how we responded to that.

“We needed a fast start and thankfully we got that. If it was Fulham who got the early scores then it might have been too much to come back from.

“I can’t credit this bunch enough. Each time we have been tested this year they have come up with the answers.”

“We lost a couple of county finals before the current management team came in but they have installed a real winning mentality,” he said.

“London is always changing. We lost six or seven lads this year but what a great bunch of players we have now. It’s a great team to be part of. It’s the hardest working team I have ever been involved with.

“Fulham pushed us all the way. We have contested the last few county finals in a row and there has only been a kick of a ball in it. They raise the standard. Every year we have to raise our game because we know they are coming back.”

Man on the match: Liam Gavaghan