LATE points from Aaron Murtagh and Ryan Kearney sealed an impressive fightback for Tir Chonaill Gaels in a thriller at Greenford.

The final winning margin was harsh on Fulham who led at various stages of the contest and were moments away from the final themselves, after an audacious point from Liam Staunton edged them ahead with the clock ticking down in normal time.

TCG defender Matt Moynihan had other ideas and he capped a fine run with a monster kick from distance to level the contest and extend the drama.

Fulham faded in the final quarter and the younger, more effervescent TCG side exploited the gaps mercilessly.

On this showing, both these sides will be the benchmark for Gaelic football again in London this year.

This game finally got the green light after recent cancellations and Fulham came firing out the blocks with early scores from Stefan Mason giving them a 0-03 to 0-01 advantage. 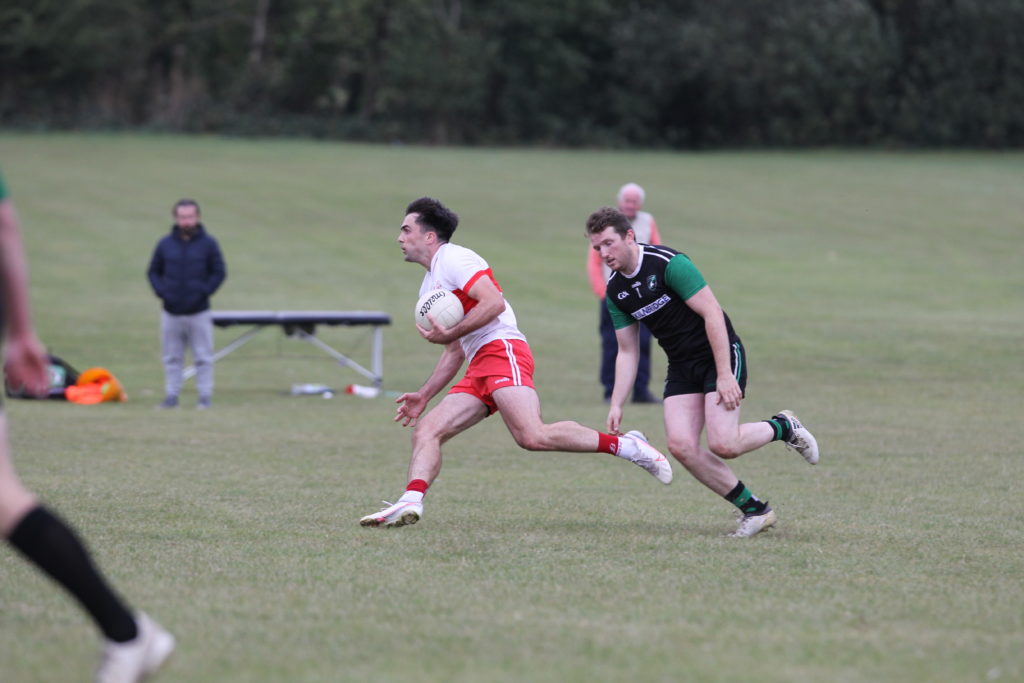 TCG’s David O’Donnell was presented with the first goalscoring opportunity of the afternoon after fine work from Liam Gallagher. But Fulham keeper Andrew Walsh was alive to the danger and tipped the ball over the bar.

Fulham were dominating the high ball with Michael Murphy and it was a blow to their chances when he had to depart the action due to injury.

Substitute Lorcan Mulvey continued to offer that physical threat but they couldn’t cash in on their dominance in that opening phase.

Gavaghan kept the scoreboard ticking over for Paul Coggins’ side and they edged ahead in the second half when he combined with Askin to fire over. 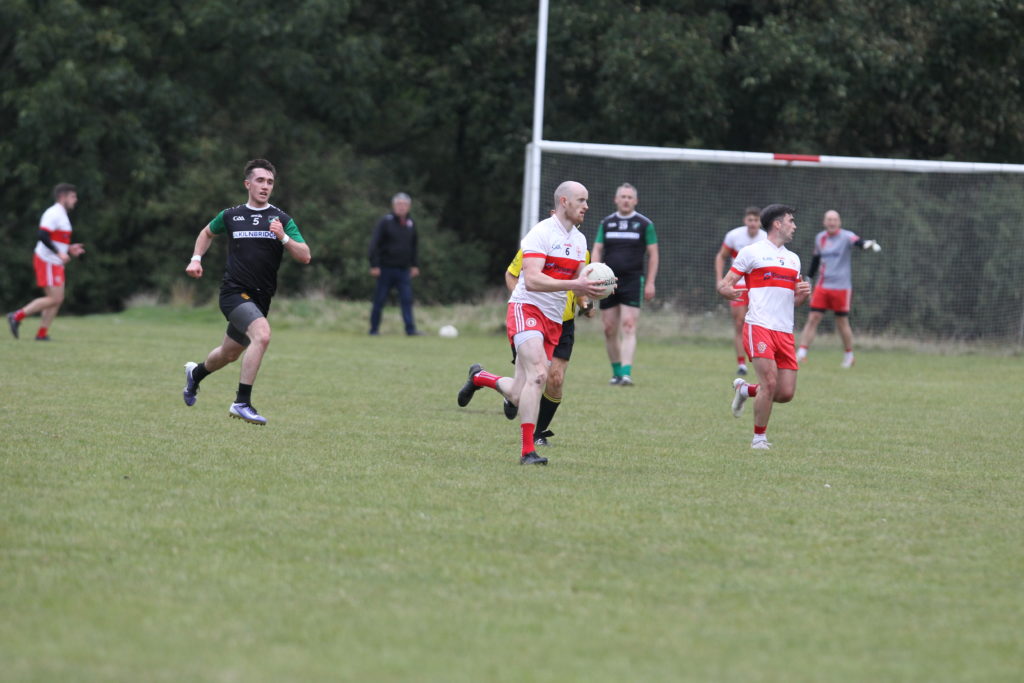 TCG were now warming to the task but Fulham were still dangerous on the counter and Mason was proving hard to contain out wide.

His swift pass inside to James Cox gave Fulham their best goal chance of the afternoon late on but Cox’s low drive flashed just wide and TCG were still in it.

Staunton’s sublime point from wide on the right in the last knockings of normal time looked to have clinched victory for the South Londoners until Moynihan’s intervention.

It was one of two long distance scores that capped a fine individual performance from him and gave TCG first blood in the battle of London’s big two.