FORMER Ireland top-scorer Robbie Keane has paid a second surprise visit to a Dublin football fan whose courage in the face of adversity inspired the nation earlier this year.

Avid football fan Philip Walsh turned 27 in May, at the height of the pandemic and associated lockdown restrictions.

Just six weeks prior to that his father died, while his mother Deirdre, who was recently diagnosed with cancer, was undergoing chemotherapy.

He was expecting it to be his bleakest birthday yet, until Keane picked up on the young man’s heart-breaking story.

The former player paid the brave Dubliner a surprise visit in May, where he learned that Philip’s birthday wish was to receive “lots of cards”.

After that meeting Keane shared a picture of the two of them with his social media followers and called on them to “spread the word around the nation to send Philip a birthday card and help make his wish come true”.

And that they did.

When Philip’s birthday arrived on May 22, so did thousands of birthday cards, sent from across Ireland and the globe. 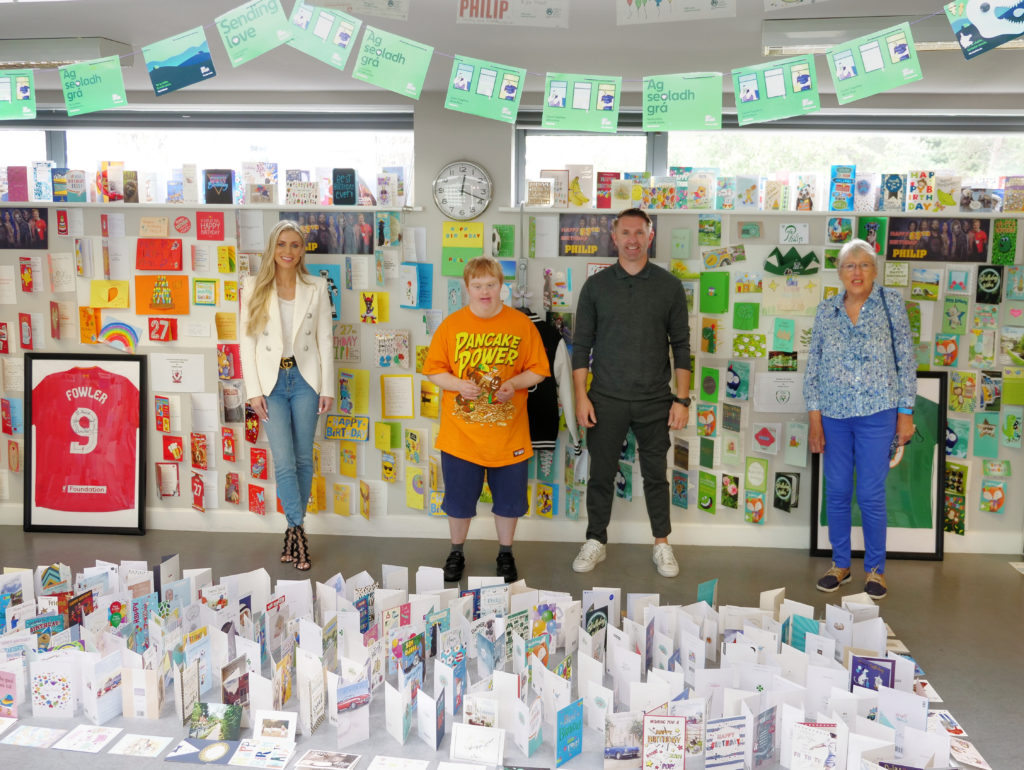 In total Philip, who lives in Malahide, received more than 7,700 cards and many gifts.

The final chapter to this story played out more recently, when Philip, who has Down’s Syndrome, attended a special display of more than 3,500 of those cards organised at the Prosper Fingal day service he attends in Seatown Road, Swords.

But when Philip and his family arrived they were surprised to see Keane was also there to join the special event, along with his wife Claudine.

A spokesperson for Prosper Fingal explained: “Neither Robbie nor Claudine could believe how far things had progressed since Robbie originally launched this appeal.”

They added: “They were blown away to see the scale of the campaign and were truly touched by the generosity and kindness that so many people had displayed from so many countries around the world, including Vietnam, America, Zimbabwe, Abu Dhabi, Canada and Australia.”

Regarding Philip and his family, they added: “[As] Philip’s father passed away very early in the pandemic lockdown, he and his mother Deirdre, who is fighting her own medical battle, have received a huge lift from this outpouring of human kindness.”