Ireland's Andy Farrell, Dan Sheehan, and Mack Hansen have been nominated for rugby awards in 2022

IRELAND HEAD COACH Andy Farrell has been nominated for the World Rugby Coach of the Year award for 2022.

Farrll has overcome a slow start with Ireland to make the  Irish Rugby team number 1 side in the world.

Another win over New Zealand in the 2021 Autumn Nations Series was followed by a strong Six Nations campaign.

The Irish team then went to New Zealand and won their first ever series last summer.

The award will be announced in Monaco on November 20.

Introducing your nominees for the 2022 World Rugby Coach of the Year title.#WorldRugbyAwards pic.twitter.com/O5BcAezMk3

There are also other awards up for grabs on the night. Ireland also have representatives in the Breakthrough Player of the Year category.

Hansen was sensational in his debut year for Ireland, with a try against France in Paris one of the highlights.

Ireland will be in contention to be named Team Of The Year at the star-studded ceremony.

Ireland's Player of the Year Josh van der Flier will enter the conversation for World Rugby's top individual men's award, as will Johnny Sexton, who was recognised in 2018 - when Ireland won the Team award and Joe Schmidt won the coach award.

Before that Farrell is looking forward to the game against Australia this Saturday.

"You look at their side and they made plenty of changes, probably looking at us this week," he said. "It will certainly focus the mind.

"We know what's coming. Looking at the performance with a similar side that is probably going to be put out against us in Paris last week, was probably more like it.

"They were very strong, especially set-piece-wise they went after the French and nearly got the big 'W' over there. 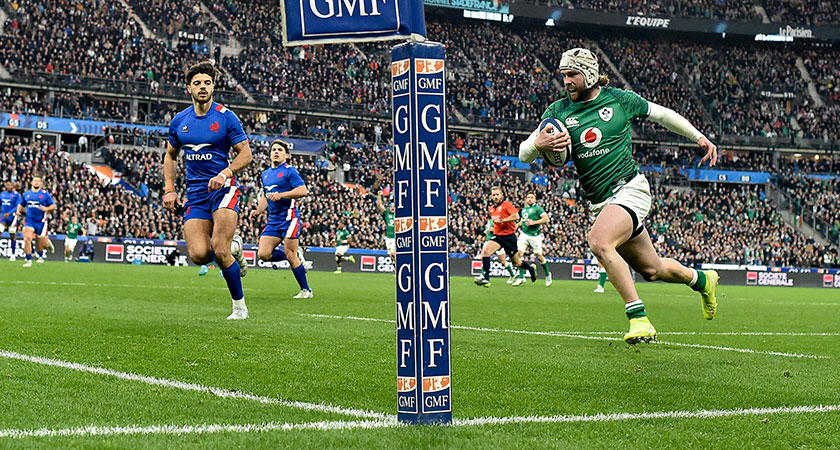