Rory McIlroy and Shane Lowry congratulate each other after a successful third round in Tokyo (Image: Ramsey Cardy/Sportsfile via Getty Images)

THE IRISH women’s hockey team missed out on an Olympic quarter-final after a 2-0 defeat to reigning champions Great Britain in Tokyo today.

However golfers Rory McIlroy and Shane Lowry both remain in contention for a medal going into tomorrow’s final day.

Sean Dancer’s hockey stars went into their final Pool A game knowing they had to win, following resurgent India’s 4-3 victory over South Africa earlier in the day.

But despite some stubborn defending in the first quarter, the 2018 World Cup finalists fell behind early in the second when Susannah Townsend reacted fastest to score after a good Ayeisha McFerran save from a penalty corner. 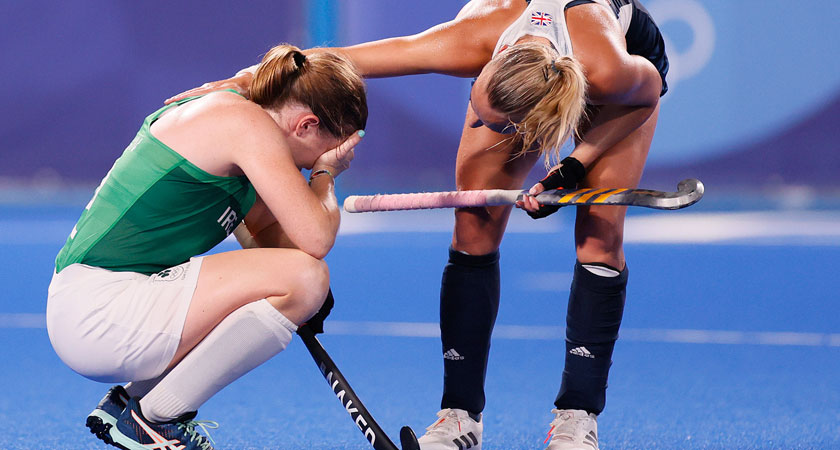 Great Britain added a second two minutes into the third quarter through Hannah Martin and despite bringing Roisin Upton on for goalkeeper McFerran with five minutes to go, the increased attacking threat failed to yield results for Ireland.

Ireland were always up against it on their Olympics debut in a tough group that also contained reigning world champions the Netherlands.

Despite an opening pool game against South Africa, defeats to the Netherlands, Germany, India and now Great Britain see them finish in fifth place in Pool A.

Ireland’s 4x400m Mixed Relay team meanwhile missed out on a medal when they finished eighth in the final, five seconds behind winners Poland.

Ireland booked their place in the medal race after finishing fourth in Friday’s heat when Cillin Greene, Phil Healy, Sophie Becker and Chris O’Donnell posted a time of 3:12.88 – a new national record. 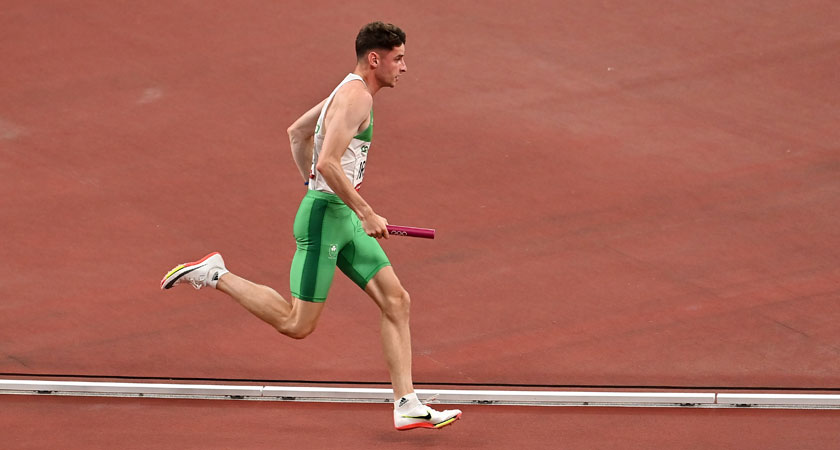 They would have finished second however the Dominican Republic and United States were reinstated having originally been disqualified.

The two reinstated nations went on to take silver and bronze respectively in today’s final as Ireland finished in 3:15.04.

There was more success on the golf course however, with both McIlroy and Lowry in with a chance of a medal after impressing in Round Three earlier on Saturday.

McIlroy recorded six birdies as he shot 67 to move 11 under, leaving him tied for fifth, while Lowry (-10) is joint ninth after shooting a 68.

American Xander Schauffele leads the way on 14 under, while Great Britain’s Paul Casey (-12) is in a tie for third.

Lowry is expected to tee-off at 2.36am IST/BST on Sunday, with McIlroy getting underway shortly after.