AN Irish company has broken new ground by installing a number of "revolutionary" pitches in Russia ahead of this summer's World Cup.

Sligo-based firm SIS Pitches is laying six of the 12 pitches to be used at the tournament - which will mark the first time a World Cup Final has been played on anything but all-natural grass.

Pitches already completed by SIS include Luzhniki Stadium in Moscow - which will host the opening game, opening ceremony, a semi-final and the World Cup Final itself.

The west of Ireland firm said the use of its reinforced natural turf system - SISGrass - as well as its aeration technology - SISAir - will make the Luzhniki Stadium the "most technologically advanced pitch in World Cup history". 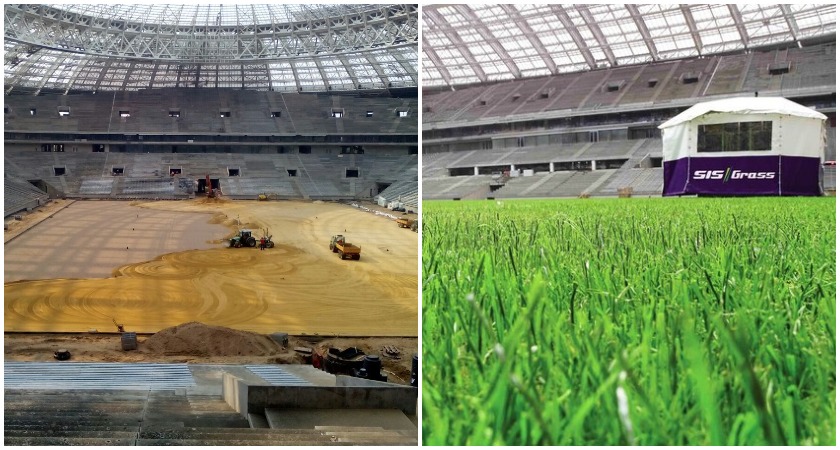 SIS Pitches founder and CEO George Mullan said he was proud that an Irish company had pioneered the "revolutionary" pitches.

"It was an absolute honour to have been chosen to not only design, construct and install the pitch at the Luzhniki Stadium but at six of the 12 World Cup venues – working on more pitches than any other company," he said.

“It’s the first time a World Cup Final has been played on anything but all-natural grass. SISGrass was only launched in 2015 and already it has been installed at a number of world-class stadiums and now the 2018 World Cup Final will be played on it".

The Sligo man added: "The quality of SISGrass will ensure that the pitches are resilient in all conditions, and I am sure the 2018 World Cup finals will be one that we will always remember."

The 2018 FIFA World Cup kicks off at Luzhniki Stadium, Moscow on June 14.