The Open 2016: Irish hopes are high once again ahead of the British Open

WHEN Paul McGinley putted the winning shot for Europe in the Ryder Cup in Kildare ten years ago, Irish golf was suddenly brought to a brief state of euphoria as the world looked on.

However, the events at the K-Club in 2006 turned out to be merely just the tip of the iceberg for Irish golfing achievements in the 21st Century.

Over the next five years, Padraig Harrington hauled successive Claret Jugs and a PGA Championship between 2007 and 2008 in an impressive purple patch which was followed by Darren Clarke triumphing at The Open three years later.

Further successes from Graeme McDowell in the US Open in 2010 and then Rory McIlroy picking up his first Major in the same tournament a year later saw Irish players win over 20 per cent of golf’s Majors between the seasons of 2007-2011.

Ireland, quite simply, was punching above its weight.

Some might say we were spoilt and maybe they’re right. But, with the 145th Open Championships beginning on July 14, the last twelve months have reignited Irish optimism heading into The Open, despite the poor form of some.

Needless to say, Rory McIlroy is one of the promising Irish cases. His superb US PGA and British Open wins in 2014 were great for Irish golf, however – in contrast – the last two years have been more of a struggle for the Ulsterman as he’s failed to add to his Major tally. 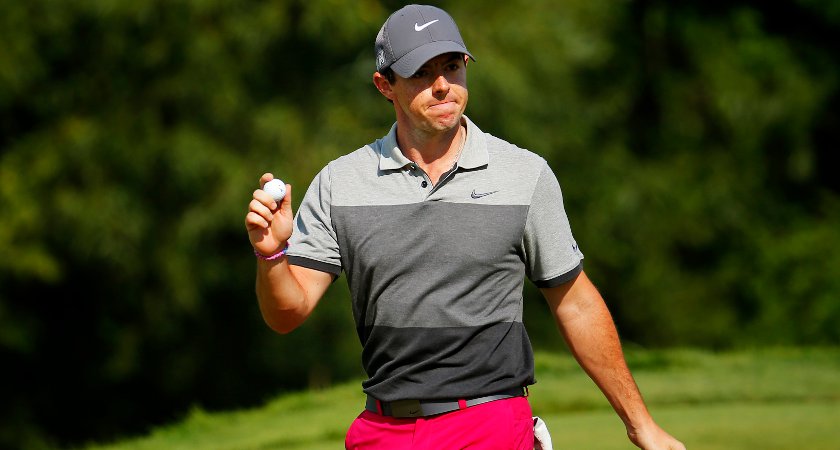 McIlroy is Ireland's best hope, in theory [Picture: Inpho]
Though saying that, the Holywood man arrives this week still placed in the top four of the world rankings and will be in good spirits after his Irish Open victory in May, plus his third-place finish at the French Open two weeks ago.

Shane Lowry, meanwhile, has also provided a ray of light with a striking performance at last month’s US Open where he finished tied second, leaving his supporters hopeful that the Offaly man can make a charge on Thursday at Royal Troon.

In the aftermath of dropping four shots on the last six holes at last month’s Major, one of the criticisms laid down at Lowry’s door was his apparent fatigue during the home straight in the soaring temperatures of Pennsylvania.

A factor which the 29-year old will have less concerns of this week, you would think, with the thermometer expected to read much lower in South Ayrshire, thus meaning if Lowry could elevate himself to a similar position on the final day of The Open, he may be better placed to finish off the job this time around.

Furthermore, the greens at Royal Troon are small which should suit Lowry’s game as striking the ball with measured accuracy will be pivotal. A prediction expressed by golfing legend Colin Montgomerie, who ahead of Thursday’s start has tipped the bearded Irishman to go toe-to-toe with tournament favourites Jason Day and Dustin Johnson at the top end of the leaderboard, cited how Lowry is ‘one of the best from 50 yards’.

Such praise and expectation has stemmed from Lowry’s superb performance last month at Oakmont but also his win in 2015 at the Bridgestone Invitational which showed he can hold his nerve against the best on the biggest occasions.

That’s something his compatriot Paul Dunne still has to learn after he led the field for the first three days in spectacular fashion as an amateur at last year’s Open, before falling short in the final round. However, the 23-year-old’s performance began a new chapter for Irish golf and, like Lowry’s recent achievements, has created an added chance of Irish success for the future. 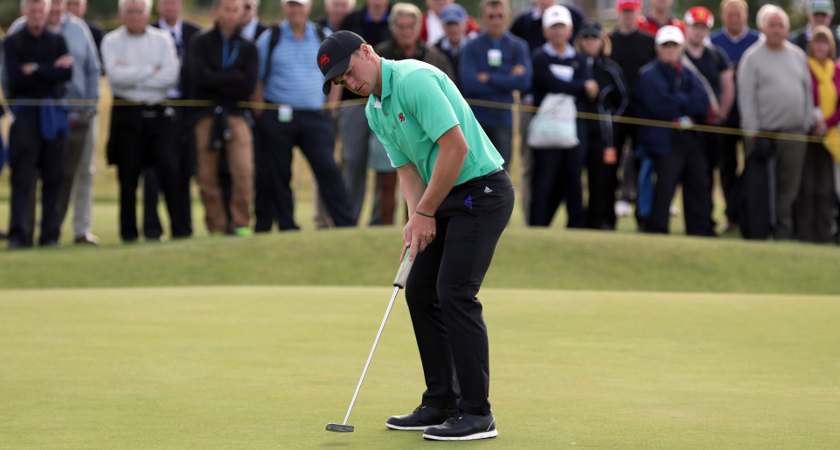 Paul Dunne made a name for himself at The Open last year [Picture: Getty]

Over 20 years Dunne’s senior is Ulsterman Darren Clarke, who is seriously lacking any kind of form to suggest he’s capable of putting four solid rounds together to compete at Troon.

The veteran 47-year-old unexpectedly won his maiden Claret Jug in 2011 after brilliantly leading the field for the whole four days at Royal St George’s but has since failed to produce anywhere near the same feat as he enters the twilight years of his career. However, despite his unlikely chances, the Ryder Cup captain will still be very interested in events at this week’s Open as he looks to gather a European team capable of taking on America’s best at Hazeltine in September.

Fellow Ulsterman Graeme McDowell will be one of those who will be hoping to make the side as he is currently out of the reckoning, and he desperately needs a spark from somewhere amid a career which is beginning to become a little stale. The Open, therefore, should provide the perfect incentive for McDowell to try and force himself into the Ryder Cup list with a good finish.

Likewise, Padraig Harrington is one in need of good news after having long been considered the greatest chance of Irish success, but the 44-year-old’s career has since come to a shuddering halt as errors continue to litter his game.

Harrington’s win at the Honda Classic last year was supposed to revitalise the Dublin man’s career but did anything but as the two-time Open winner failed to qualify for the first two Majors of the season in what has summed up a dismal last six to seven years.

Harrington, who will be representing Ireland at the summer Olympics due to notable withdrawals, has claimed hollowly that he could have an advantage this week due to Troon being a links course, but having missed the cut in the 2004 British Open in Ayrshire, the history books suggest otherwise, as does the form guide.

Despite Harrington’s insecurities, and also Clarke and McDowell’s lack of form, the recent achievements of Lowry, the emergence of Paul Dunne as well as McIlroy’s continued presence at the top suggests Irish golf has a bright future ahead of The Open which may well lead to another era of punching above our weight.