McGinley will co-host the six-part series for Sky Sports with broadcaster Chris Hollins.

The show Golf’s Greatest Holes - Ireland and Northern Ireland will take viewers on a golfing journey that encompasses all parts of the island and highlights the many reasons on and off the course why Ireland is a must for the golf bucket list or a return golf visit.

“From world-class clubs and passionate people to phenomenal food and a bit of craic along the way, visitors will be inspired to plan their golfing visit throughout the series,” the producers explain.

One of the many highlights being featured in the series is the rugged Wild Atlantic Way – a defined coastal route stretching along 1,500 miles of the island’s coastline on the very edge of the Atlantic.

Along the way, viewers can discover the compelling stories of Ireland's Ancient East, where 5,000 years of history ripple under rolling green hills; Ireland’s hidden heartland and golfing gems, as well as embracing the giant spirit and energy of Northern Ireland. 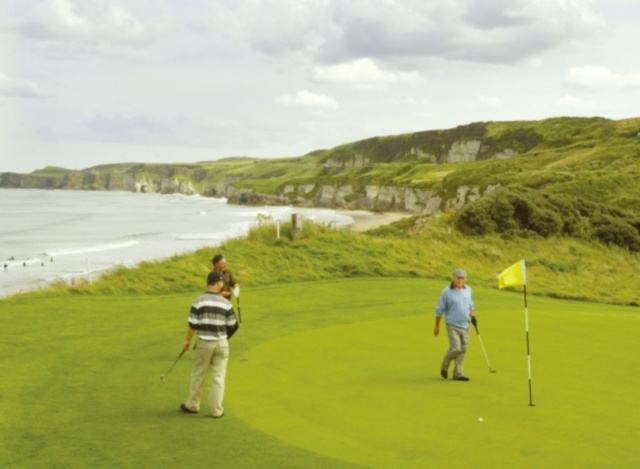 The episodes, which will be broadcast on Sky Sports to 25 million households, were filmed earlier this year, when McGinley and Hollins travelled the length and breadth of the island playing iconic courses including Royal County Down, The K Club, Portmarnock, Druids Glen, Royal Portrush, Adare Manor, Lahinch, Enniscrone, Rosapenna and Mount Juliet, to name just a few.

There are spectacular green and wide-open spaces, lakelands, beaches and majestic coastline will provide the picture-postcard setting for the island of Ireland’s signature golf holes that have hosted Major championships and Ryder Cups, as well as those that present a fair challenge to the everyday golfer.

These will all be included in the first series, with Sky Sports screening the first episode featuring signature holes at Old Head, Royal Belfast, Ardglass and Carne from Monday, October 11.

“With a huge number of viewers across Britain set to tune in to watch the series on Sky Sports, we’re presented with a fantastic opportunity to shine a spotlight on the island of Ireland’s world class golf offering and encourage GB golfers to visit Ireland for their next golfing holiday.” 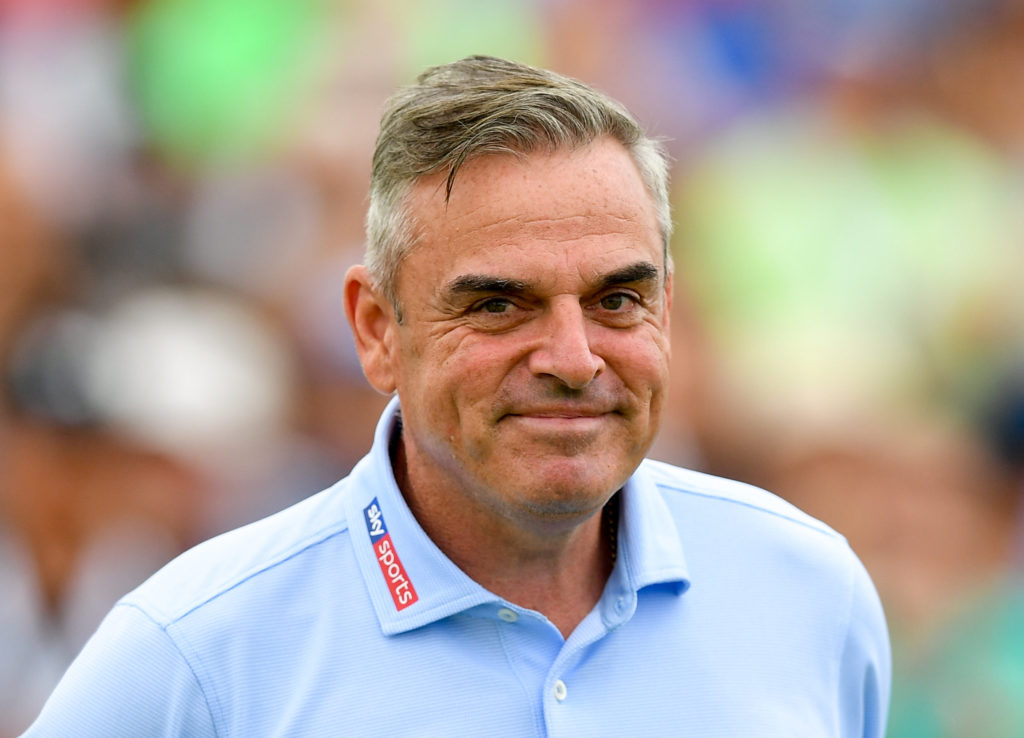 McGinley, who won the World Cup of Golf for Ireland with Padraig Harrington in 1997, before making his name as a winning player and Captain for Europe in The Ryder Cup, added: “But I also occasionally got to visit some places I had always wanted to play. And boy, were they incredible! We had a lot of fun making the Series and we hope that viewers around the world enjoy it too.”

“The show delves into why certain holes are so special to Paul - some are for golfing reasons, such as the challenge, the risk and the reward - and others for the way they make him feel due to the views and the memories.

“We have an incredible blend of spectacular holes. I also play a few to make sure we see every angle of the hole!”

Three-times Ryder Cup winner as a player and once as captain, Dublin-born McGinley brings a wealth of elite playing experience and knowledge of the island’s courses to the show, guiding Hollins through the most spectacular and memorable holes.

The duo enjoy time together both on and off the golf course, providing viewers with course insight as well as local history surrounding several multiple Major and Ryder Cup venues, as well as hidden gems.

For more information on planning a golfing trip to Ireland click here.