DUBLINER Matt Doherty came to Wolves’ rescue as his late equaliser prevented an FA Cup upset at the hands of League One Shrewsbury.

Wolves, eighth in the Premier League, found themselves 2-0 down at the Shrews, who are toiling in the third tier.

However Raul Jimenez pulled one back before Doherty struck in the 93rd minute.

The full back was left unmarked to meet a cross from Adama Traore and nod the ball into the bottom corner to earn his side a replay at Molineux.

Darren Randolph would have known how Shrewsbury keeper Steve Arnold was feeling. 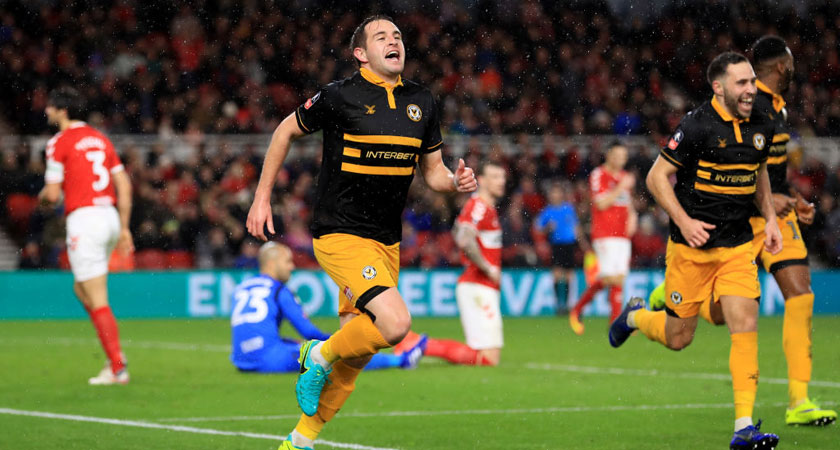 The Bray native also conceded a 93rd minute equaliser as Championship side Middlesbrough were held 1-1 at home by League Two’s Newport County.

Former Boro youth player got the goal that maintains the Exiles’ interest in the competition.

Kevin Long endured a torrid day as Burnley exited the cup after a 5-0 drubbing at Manchester City.

The Cork man put through his own net after 73 minutes before conceding a penalty that Sergio Aguero converted. 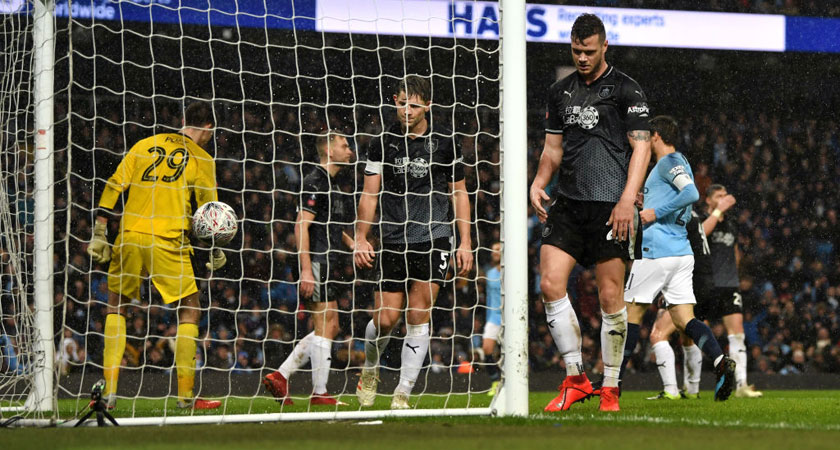 A dejected Kevin Long after his own goal (Image: Getty)

However the damage had already been done before Long’s unfortunate own goal, Gabriel Jesus, Bernardo Silva and Kevin de Bruyne having put the Blues 3-0 up.

The win keeps City on course for an unprecedented quadruple after their 10-0 League Cup semi-final victory over Burton Albion in midweek.

O'Neill off the mark

In the Championship meanwhile, Martin O’Neill oversaw his first win as Nottingham Forest boss in his second game in charge.

Joe Lolley, Matty Cash and Adlene Guedioura scored in a 3-1 win over Wigan at the City Ground, with Josh Windass replying for the Latics. 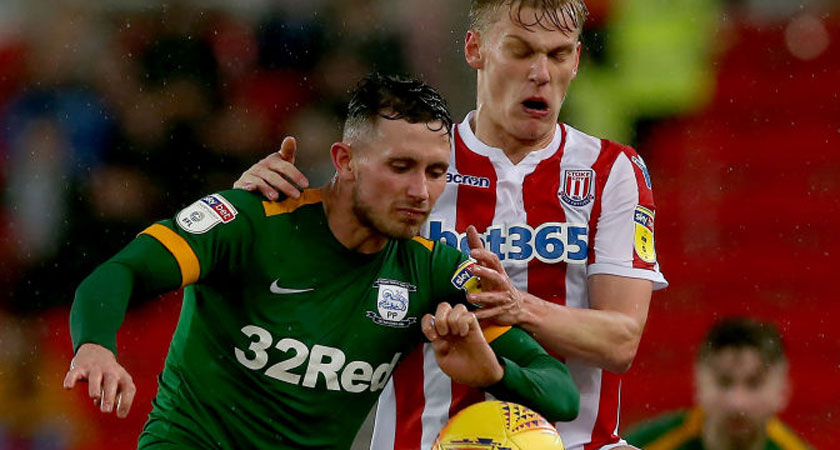 Alan Browne took his tally to 10 for the season (Image: Getty)

Alan Browne’s goal set Preston on their way to a 2-0 win at Stoke.

The Cork man now has 10 for the season, all in the league, with the latest strike helping move the Lilywhites up to 16th.