YOUTUBE star Jake Paul has hit out at Conor McGregor for 'ducking him' following his brother Logan's fight with Floyd Mayweather.

On Sunday, Logan Paul - who also made his name on YouTube - survived eight rounds against the undefeated Mayweather during their exhibition fight in Miami, Florida.

After watching his brother 'go the distance', Jake took to Twitter to antagonise McGregor, who famously lost to Mayweather via TKO in the highest grossing pay-per-view bout of all time in 2017.

Posting to his millions of followers, Jake - who has been angling for a fight with the Irishman - claimed that McGregor is afraid of him.

"McGregor is ducking me," he wrote. 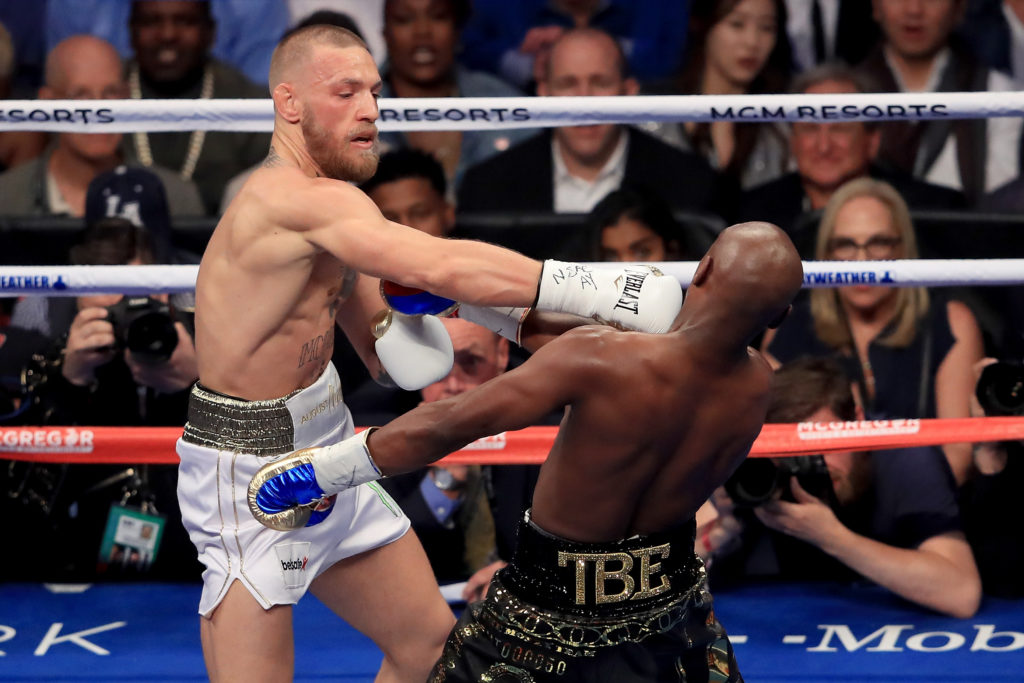 For what it's worth the UFC star has been doing his best to ignore the taunts of the YouTuber.

Prior to his rematch with Dustin Poirier in January, he said that Paul wasn't "on his radar", but did praise him for his persistence and business pedigree.

He said "If they are fighting well then it can't make a mockery of fighting, they're getting in and competing. I am not so much against it.

"What I will say though is the numbers that that show calculated was a Mike Tyson fight. You had an icon fighting as well as Roy Jones Jnr, two GOATs [greatest of all time] of combat sports.

MCGREGOR IS DUCKING ME 🤣

Jake, who has a 3-0 professional boxing record, will face former UFC welterweight champion Tyron Woodley on August 28, after beating Olympian Ben Askren in his third outing this April.

While McGregor may feel the fight is beneath him, if the money's there ... who knows what might happen.