IRISH middleweight Jason Quigley has targeted a world title shot in the next 12 months.

The Sheffield-based fighter made light work of Finland’s Mathias Eklund, clinching a second-round stoppage at the Copper Box Arena on his UK debut last weekend.

But the 27 year-old, who recently spent a year out of boxing due to a hand injury, is determined to make up for lost time and could face as many a three fights this year.

Speaking to The Irish Post, Quigley said: “It was a great victory for me. It’s good to get my UK debut and I felt it went as well as it could have done. 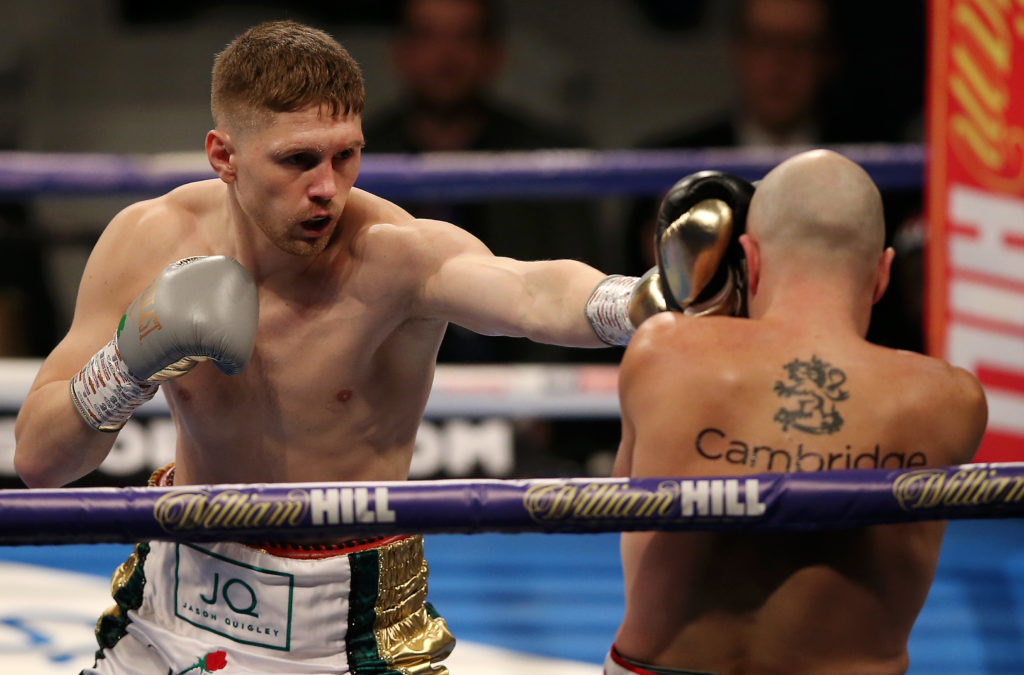 “He (Eklund) came in with a good record and he was only beaten once and he was beat by a split decision by the super middleweight WBO European Champion.

“I expected to go the distance. I thought he was going to be tough. But we got the job done in style and it’s all about moving on now. I’m hoping now another two or three fights, picking it up another level and then hopefully a world title shot come the end of the year or early next year.”

Quigley narrowly missed out on a title shot against Japan’s Ryota Murata last year. Negotiations were at an advanced stage, but Morata opted for Rob Brant instead – and lost his crown in one of the shocks of the year.

“That’s the frustrations you will sometime encounter in this sport,” said the Donegal man.

“But I am a positive person. I was ready to go then and I’m not a million miles away now. Here, Vegas. It wouldn’t bother me.”