The BHA were made aware of a covid breach to their protocols back in September and conducted a “detailed investigation in December” as result.

The authority issued three charges and a hearing in front of a disciplinary panel was arranged to take place on December 10.

But it never went ahead due to submissions from Murphy’s legal team regarding his welfare.

He gave up his license as result and the BHA postponed hearing.

Murphy returned two positive tests for alcohol on the racecourse in 2021, at Chester in May and at Newmarket in October.

The Killarney-born rider speaking in a statement issued in December, said:

“On returning from abroad last September in 2020 I failed to follow the Covid protocol set out by the BHA. In breaking these rules, and attempting to mislead the BHA, I’ve let my governing body down, along with trainers, owners, staff, sponsors and family for which I wish to apologize.

“In addition to this there have been two racecourse incidents linked to alcohol during 2021. It became obvious to me and to everyone else that I needed to seek serious help.

“In recognition of this I have relinquished my license and will now focus on my rehabilitation. I am grateful to the BHA for agreeing to postpone the disciplinary hearing until I have been able to take these steps.

“Whether I deserve it or not, many kind people have stood by me and I really appreciate their support. I’m deeply embarrassed and regret my action

"I need to focus on doing the right thing and rebuilding all the contacts that I made unsteady over the last few seasons.

Murphy last month spoke about what the future holds on The Midas Touches podcast.

"I try to be in good humour and be polite, but obviously there are times I'm not proud of my mood and behaviour.

"I think the next year I need to just focus on riding good horses and making people happy.

"Hopefully in the years after that I can go for another championship.

"I don't want people to think, 'oh he doesn't drink, he's calmed down, he's not socialising as much, he's not as good as he was or clinical at making decisions'.

"These are fears I have and I would definitely like to put that right in the coming years." 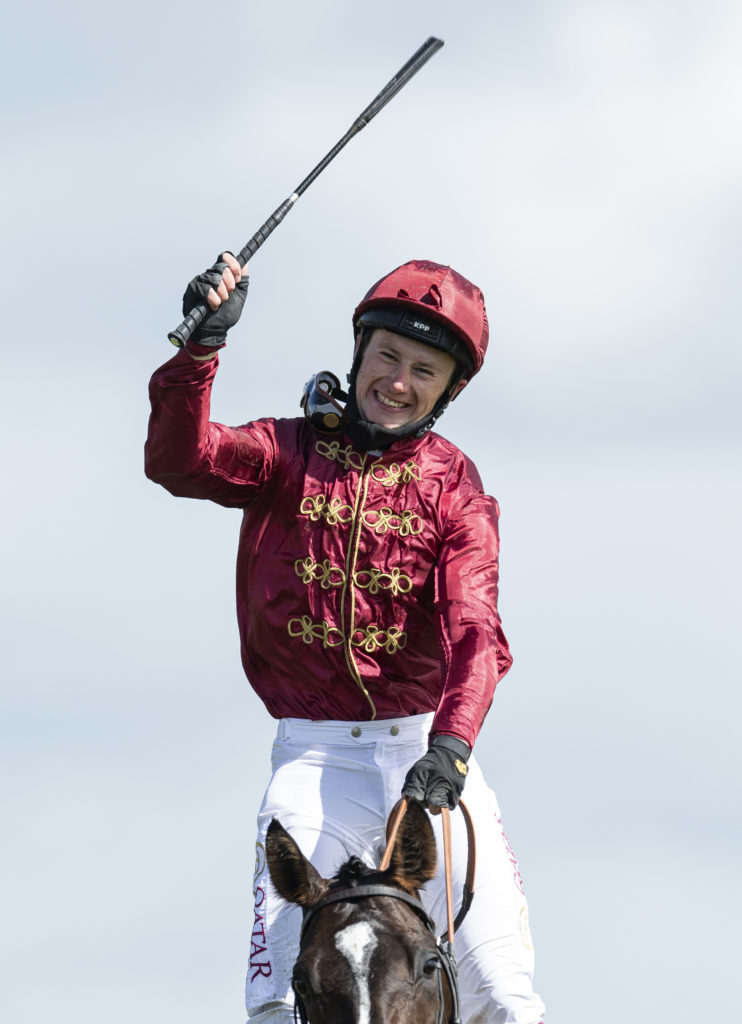 Jockey Oisin Murphy celebrates after victory onboard Kameko in the Qipco 2000 Guineas Stakes at Newmarket Racecourse on June 06, 2020

The Tote Galway Plate worth €270,000 was won by a horse purchased for €800 at the Galway races on Wednesday