Galway hurling icon Joe Canning could be back by the end of the Leinster championship, according to his brother Ollie.

The 30 year-old picked up a groin in Galway’s NHL semi final defeat to Waterford in March, casting immediate doubt about his participation in this year’s championship.

The loss of their key centre forward at such a crucial stage of the year will be hard for Micheál Donoghue's men to contend with.

But according to former Galway star Ollie, the tail end of the Leinster championship is a realistic target. 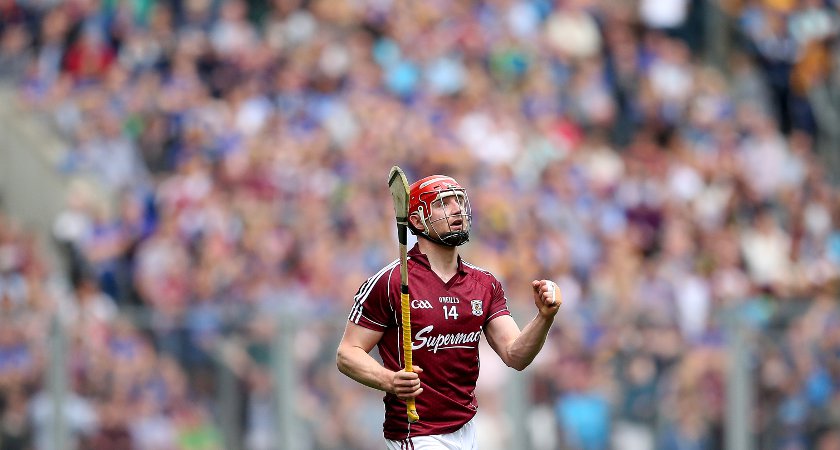 Joe Canning celebrates during Galway's win over Tipperary in the 2017 All-Ireland final [Picture: Inpho]
"There's never a good time to get a long-term injury like that,” he told Sky Sports.

"It must be very frustrating for him, it's very disappointing especially at this stage when you have got a lot of work done early in the year and the hard slogging done and training from the start of the year.

"Once he got his head around the injury he just needed to focus his energy on doing the recovery as best as possible.

"I was asked earlier about the time-scales.

"After surgery there's no rehab going on, you just have to let the thing settle down so there's no rehab for the next couple of weeks and after that you'll have a better idea as to whether it will be 14 weeks, 16 weeks or 12 weeks.

"But I'd say he'll be aiming for some time around the end of the Leinster championship, I imagine."