Enable is one of 16 horses left in Sunday’s Qatar Prix de l’Arc de Triomphe following the latest acceptance stage ahead of her bid for a historic third successive victory in the Parisian showpiece.

John Gosden’s brilliant mare became the eighth dual winner of Europe’s premier middle-distance contest last season and was kept in training as a five-year-old with the chief aim of becoming the first horse to win the race three times.

While she endured a troubled preparation last term, the current campaign has been faultless as she has stretched her top-level tally to 10 with hat-trick of Group Ones wins in the Coral-Eclipse at Sandown, the King George at Ascot and the Yorkshire Oaks at York.

Gosden believes his star mare is at her peak ahead of her return to ParisLongchamp. 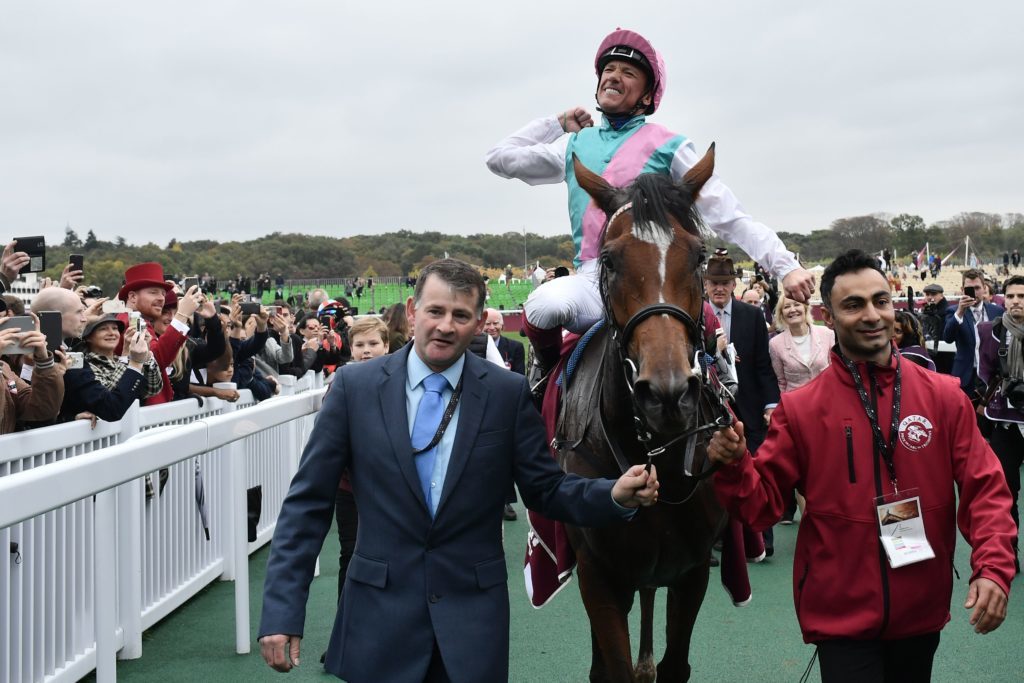 “She’s got a great stride on her and a great head and a wonderful outlook. She’s always got her ears pricked and she’s very enthusiastic about everything,” the trainer told Sky Sports Racing.

When she was younger, she would run with unhindered exuberance and was often winning her races well. Now she’s got a little older and wiser, she’s rather like a boxer who knows how to win on points — rather than going straight in for the immediate knockout.

“I think that’s maturity that comes. She’s filled her frame and there’s no doubt in my mind that a Flat thoroughbred horse is probably at their absolute peak at five. She’s fully grown now and fully developed. We’ll see how we go — there’s some mighty opposition coming at us, there’s no doubt about that.”

Gosden has one other remaining contender in the talented three-year-old filly Mehdaayih, while the only other British-trained horse to stand their ground is Charlie Appleby’s Ghaiyyath — so impressive on his latest appearance in Germany.

Aidan O’Brien has whittled his potential team down to three. The Ballydoyle handler is set to saddle Juddmonte International winner Japan, who could be joined by Irish Champion Stakes heroine Magical and the Investec Derby hero Anthony Van Dyck.

Andre Fabre has Waldgeist and Musis Amica in contention as he bids to add to his record tally of seven Arc wins.

The three-year-old did well to overcome a troubled passage to win the Prix Niel over the Arc course and distance on his return from a three-month absence and Rouget is hoping he can provide him with a first Arc success.

Going into the Arc with confidence

“So, I can’t invent anything. I have no reference. I can’t say he is going to take his revenge or anything. I don’t know. What I do know is that the horse is looking good, he is in good form. Everything is all right.

“I always want the best horse of the race to win. I am very fair play and if it is Enable, Japan or another horse, if they are better than him, then that’s OK. I just hope that he can express himself, that the race will go well for him.”