KATIE TAYLOR has said she would welcome a rematch with Amanda Serrano in Dublin after defeating the Puerto Rican at Madison Square Garden on Saturday.

The historic first women's fight to headline the famous New York venue lived up to its billing as the pair produced a classic in front of a sold-out crowd of 19,187.

And after Taylor's split-decision victory, she and promoter Eddie Hearn said they were already eyeing up a rematch in the Irish capital.

'Croke Park would be unbelievable'

"We all want to see the best versus the best, a rematch would be absolutely phenomenal," Taylor said in her post-fight press conference.

"If it was in Dublin we could sell out Croke Park, 90,000 people, that would be unbelievable.

"Absolutely, that can happen." 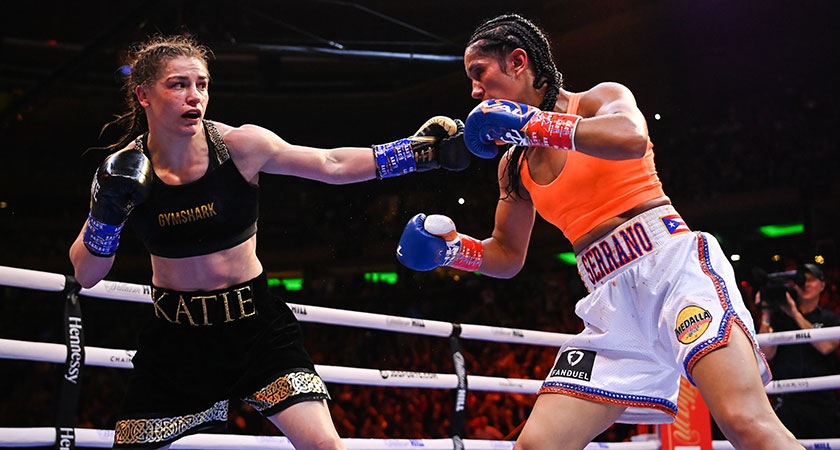 Hearn echoed Taylor's views, saying it would be a shame if the Irish woman didn't get the chance to fight in her home country.

"That felt like Croke Park tonight, it was just incredible," said Hearn.

"I'm not sure we'll get as many travelling Puerto Ricans, but it has always been on our minds and would feel a big shame if she didn't get a chance to fight in Ireland during her career.

"It was a tough fight, she's going to need some rest — not too much rest knowing Katie — but it's certainly on the minds of us all."

Taylor, who has won all 21 of her professional fights, retained her WBA, WBC, IBF and WBO lightweight titles in a bruising, classic encounter in New York.

Serrano was the more clinical in the early rounds but the experienced Taylor countered well.

However, the champion came under sustained pressure in the fifth round as Serrano had a bloodied Taylor on the ropes. 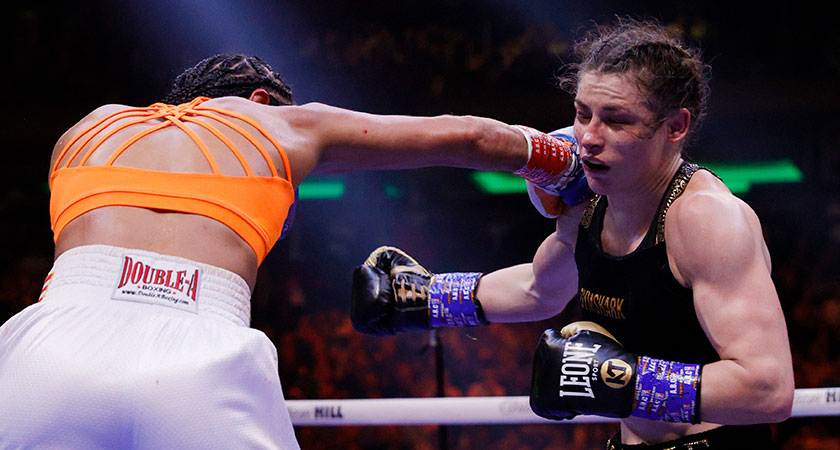 The bombardment continued in the sixth as Serrano landed some big punches with Taylor struggling to find a response.

However, the Bray fighter rode out the storm and as Serrano tired, Taylor showed good movement to evade her opponent and land some big punches herself.

Serrano kept plugging away but Taylor responded with some meaty counters, bloodying her opponent in the 10th and final round. 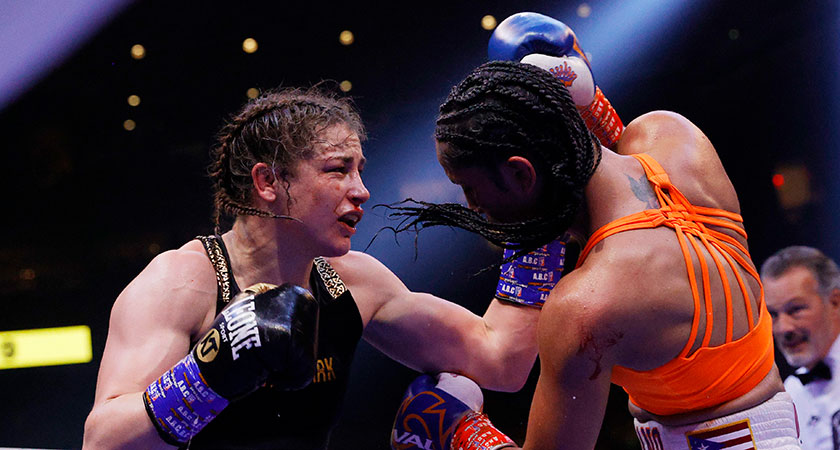 Taylor has now won all 21 of her professional fights (Image: Sarah Stier/Getty Images)

The pair slogged it out to the final bell before the biggest challenge of Taylor's career came to a close.

The first judge scored the fight 96-94 in favour of Serrano, however Taylor remains the undisputed lightweight champion after she got the nod from the remaining judges, 97-93 and 96-93.

Katie Taylor will defend her undisputed lightweight titles at Wembley next month, after a fight was confirmed