THE FATHER of Ireland's latest Olympic hero says he's still "shaking like a leaf" after his daughter soared into the semi-final of the women's lightweight boxing event.

31-year-old Kellie Harrington is guaranteed at least a Bronze medal, following her emphatic victory over Algeria's Imane Khelif on Tuesday.

Kellie's proud dad Christy revealed that cars were beeping and drivers were shouting 'Go on Kellie' as they drove past their family home in Dublin following the fight.

Every home on the street is apparently flying the Irish tricolour to support Kellie, who faces Thailand's Sudaporn Seesondee in Thursday's semi-final.

"What she has achieved already is magnificent and if she goes on to better that, then so be it," Christy told the Irish Mirror.

"We were only on the phone to her. It was a quick hello, goodbye and well done.

"The people from the north inner city are incredible and deserve a round of applause for the massive support they’re giving Kellie.

"It really does feel like we’re all in this together. My phone hasn’t stopped ringing.

"My nerves are still at me, I’m still shaking like a leaf." 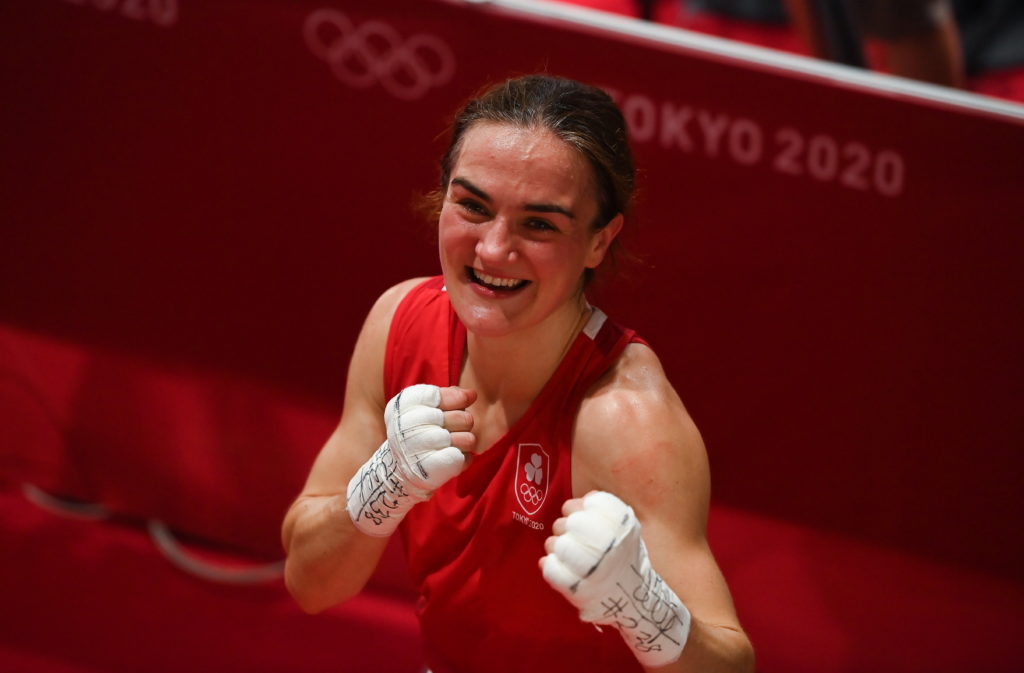 Tokyo , Japan - 3 August 2021; Kellie Harrington of Ireland celebrates after her victory in the women's lightweight quarter-final bout against Imane Khelif of Algeria at the Kokugikan Arena during the 2020 Tokyo Summer Olympic Games in Tokyo, Japan. (Photo By Brendan Moran/Sportsfile via Getty Images)

He revealed that Kellie was so focused on the task at hand that she didn't even allow herself time to celebrate earning a Bronze medal.

"The minute she finished her fight she was more interested in getting food into her and getting her energy up," Christy added.

"She’s completely focused, it didn’t just end after that fight, it's right back in it for the next one."

Kellie's mum Yvonne couldn't hide her pride, but admitted she doesn't watch her fights because she gets too nervous.

But plenty are watching her, and family friend Russell Donnigan revealed the atmosphere around town is similar to how it was during Ireland's stint at the 1990 FIFA World Cup.

"The atmosphere around here reminds me of Italia '90," he said.

"[Kellie is] the salt of the earth around here and does wonders for the area.

"She’s the pride of Portland Row and all the kids here look up to her."