KENNY CUNNINGHAM is a glass half-full type of character, which is why his negative prognosis of Ireland’s chances of travelling to Russia next summer is so damning.

Having been through three World Cup campaigns as a player, one blighted by injury, another by misfortune and the third by Macedonia, the former Ireland captain is fully aware how quickly qualification journeys can veer off course.

Yet he’s seen Ireland’s demise come from a distance of 12 months.

“Hand on heart, I just can’t see how we’ll get to the finals,” Cunningham said.

“Sometimes you just get a bit of a gut feeling about these things, and while generally I'm quite an upbeat fella, I have been feeling bit uneasy about our hopes from way back.

"Even when we were top of the group before the Welsh game, I couldn’t help think that performances were not at a high enough level to suggest we were going to take care of business at home.

“The fact we’ve only taken two points against Serbia, Wales and Austria in three home games is no great surprise.

"For me, the game against Austria at home was significant, because with Wales drawing in Serbia that same evening, a win for us in Dublin would have hurt them hugely. 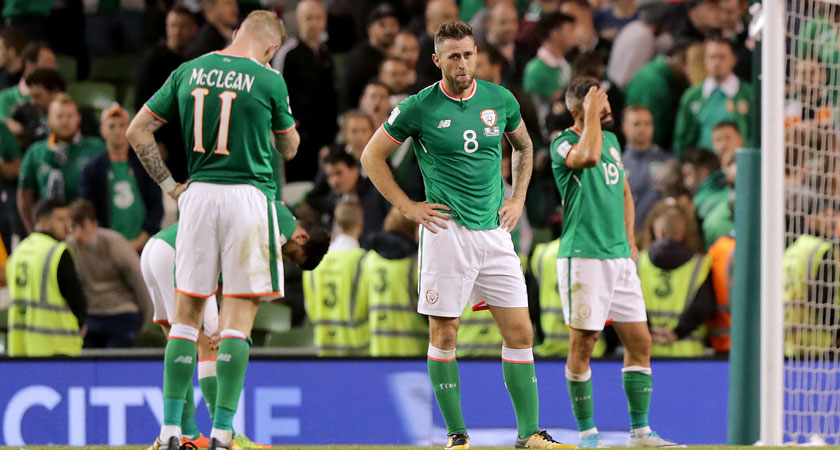 The home defeat to Serbia in Ireland's latest game leaves them third in their group (Image: inpho.ie)

“Yet instead of moving six points clear of Wales, we have instead found ourselves in a position where we are now a point adrift of them, and I thought about all this over the summer when I was watching the British Open, and that famous moment when Jordan Speith hit his drive into the car park.

"There and then people were saying, ‘this is a catastrophe, it has all fallen apart on him, his Open hopes are over'.

"But what did he do? He scrambled around the green, got a bogey, gave up a shot to his playing partner and afterwards said to his caddy that he sensed a shift in momentum.

“Never mind that he was a further shot back, the fact he made some kind of score made him believe the tide had turned.

"You could say the same about us and the Welsh on that Sunday evening back in June.

"After our failure to beat Austria, and Wales’ subsequent draw in Belgrade, psychologically their manager was able to say to his players, ‘look we're finished with Serbia, but Ireland have still got to play them, so we have a chance’.

"Ireland could have slammed the door in their face that day but instead we opened it up, drawing in Georgia, losing to Serbia, whereas they came out of last week’s games with six points, and also with momentum.”

Figuring out where it has gone wrong is almost as tiresome a process as watching the team play. 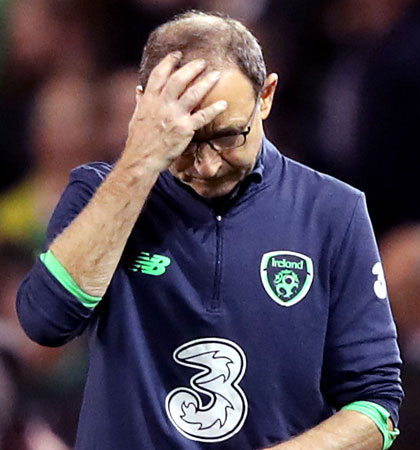 For many, Martin O’Neill is the man to blame.

Cunningham, however, is more inclined to point the finger at the players.

“While there have been passages of play that have been great, in crucial moments we have lost confidence,” said the former Millwall, Wimbledon, Birmingham City and Sunderland defender.

"I don't think we have ever purposefully set out to sit back and counter-attack.

"What has happened is that teams have forced us back.

"My own view is that the mindset of the players is very good but in terms of the consistency and obtaining a high level of performance, there have just not been enough good moments.

"We can turn it around, of course. We have six points available for us to take.

"But it is going to be tough.”

And should the team fail to qualify then life will become particularly tough on O’Neill.

He not only has to deal with a squad filled with players of dubious quality but also a public with great expectations.

Cunningham, though, does not see the need for a regime change.

“Qualification does not determine for me whether a manager has done a good job or not,” he said.

“For me it comes down to the consistency of the performance, from both the manager and the players.

"Qualification helps but it's not the be all and end all, I've never seen it in black and white terms.

"Should Martin go if we don't qualify? No.

“The question for me is whether players have improved under his tutelage. And if they have then why should we break that arrangement up?

"Ultimately it will be Martin's decision. I don’t think it will be made for him.

“Whether he decides to go at the end of this qualifying campaign or in two or even four years' time, I really don't know.

"But those sort of personality things are not really issues for me. 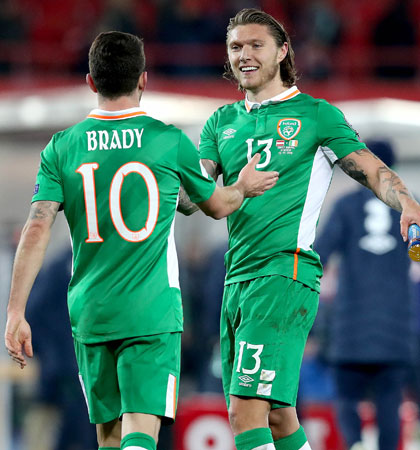 Robbie Brady and Jeff Hendrick can be the driving force for Ireland in years to come (Image: inpho.ie)

"I really look beneath the surface when I judge a manager, seeing how he interacts with the players and whether he is getting the best out of what he's got.

"All I'm concerned about is whether the manager can pull the group together and mould them into a cohesive, functioning unit and get the best of them that he can.

"And if he can do that, then you roll out the contract for him time and time again.”

Yet even if O’Neill decides to stay, other players will have to go.

"Well, I'd always be optimistic about the quality of player we have available to us. I still think it's there.

"It's just a case of tapping into it and putting it together.

"For me, Robbie Brady and Jeff Hendrick can become the driving force of the team for remainder of the decade at least.”